Some arts attenders are more ‘promiscuous’ than others, the Audience Agency’s data can reveal. 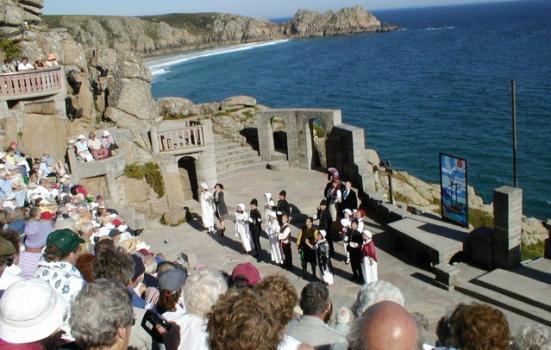 We all know that despite all our collective hard work over many years, it is still a relatively small minority of arts attenders who are responsible for a large proportion of arts engagement. This is borne out by the Taking Part survey and also by our Audience Finder. New research drawn from Audience Finder, based mainly on performing arts data, shows that the most highly engaged attenders, those who made six or more bookings per year, account for less than 12% of all bookers in the last three years. This select group is, however, responsible for making more than half (52%) of all the bookings made in the last three years. At the same time, 54% all those who have attended the arts in the last three years have only booked once. At 17.3% these one-time bookers are responsible for making less than a fifth of all bookings made during that time.

Loyalty for rural bookers may be more about proximity to venues, ease of opportunity and the nature of what’s on

What does that mean in terms of the types of people who make up these highly engaged segments of the population? We asked if there might be a difference between arts attenders in rural areas and their urban counterparts, and discovered some useful insights. Perhaps most intriguingly, people living in rural areas who book to attend performing arts events are just as likely to share frequency behaviours with their urban counterparts. So, we can see that highly engaged arts attenders will seek out arts experiences, no matter where they live, with the data showing that arts attenders living in rural areas are even slightly more likely to attend six events or more (12.3%) than urban dwelling attenders. At the other end of the scale, 53% of rural attenders have only booked once in the last three years, compared to a marginally higher percentage of bookers living in urban areas at 54%.

It is important to note that these figures relate to people who attend the arts, not the overall populations of these areas. It’s often the case that of the people living in the most rural areas, significantly fewer people (as a proportion of the overall population) are attending the arts, compared with urban populations. But what the findings clearly demonstrate is that the behavioral characteristics of bookers in urban and rural areas differ in terms of loyalty and opportunities to access the arts, rather than in terms of frequency of attendance. 49% of all the people who have booked for more than one event in the last three years have only booked tickets at one venue. 44% have booked for events at just two or three venues. Only 7% of attenders have booked for events at four or more venues in the last three years.

So what does this mean for the sector in terms of venue loyalty and how can policies be adapted to meet the needs of customers loyal to a venue?

While bookers living in rural areas are just as likely to attend as frequently or infrequently as their city-dwelling counterparts, they are much more likely to be ‘loyal’ to just one venue. That said, there are still significant proportions of people living in rural areas who visit more than one venue. 61% of all attenders in rural areas that have booked for more than one event in the past three years have done so at a single venue. This compares with just 41% of people from the most urban areas who have attended more than one event but only at a single venue. Of course, loyalty for rural bookers may be more about proximity to venues, ease of opportunity and the nature of what’s on. It’s therefore not surprising that the figure for urban areas is lower considering the additional choice of arts provision.

As stated above, the profiles of rural and urban bookers are different. When running the Audience Finder data through our Audience Spectrum segmentation tool based on audience behaviours, it is clear that rural bookers are drawn more exclusively from the groups with the best propensity to engage. These groups are less likely to be risk-takers – virtually no Metroculturals or Experience Seekers – and are therefore likely to have more classical and traditional preferences reflecting loyalty, rather than showing a promiscuous approach to attending multiple venues.

Audience Spectrum shows that the booker profiles of people who live in major urban areas tend to be dominated by the following groups: Metroculturals who account for 34% of all bookers from the major urban areas in the last three years; Experience Seekers who account for 14%; Commuterland Culturebuffs at 11%. Finally, Kaleidoscope Creativity at 11% and Dormitary Dependables at 10% make up the remainder of the most dominant attending groups from the most urban areas.

Unsurprisingly, Metroculturals, Experience Seekers and Commuterland Culturebuffs comprise the most highly engaged Audience Spectrum groups, and all three groups tend to be urban dwellers. In the most rural areas Dormitory Dependables account for 29% of all bookers in the last three years, with Commuterland Culturebuffs making up 27%, showing considerably higher proportions of bookers than in urban areas. When those statistics are compared with the make-up of the general population in most rural areas, those two groups comprise only 35%. So this over-representation helps to show that rural bookers are predominantly drawn from Audience Spectrum groups that are likely or most likely to engage in arts activity. The vast majority of the remaining bookers in the most rural areas are drawn from the groups Trips and Treats at 16% and Home and Heritage at 14%. These groups are only averagely disposed to engage with arts and cultural events and while they make up almost 40% of the population of these rural areas, they only account for 30% of the bookers. On the flip side, that does mean that there are significant proportions of the rural populations that are either not engaging at all, or at best, less often.

So, we now know that that, while some arts attenders who live in rural areas have a propensity to attend just as frequently or infrequently as their urban counterparts, they tend not to behave as promiscuously. This reflects what Audience Spectrum segmentation tells us about the types of people who live there, but it also must be affected by provision and opportunity. There are people in those areas that are clearly not engaging at all, and while arts provision is reaching some of them, there must be room to broaden the opportunities and experiences of the people who do engage, and also to focus upon those who are not currently attending.

Finally, it poses us all the interesting question of what is the effect on population profiles of those areas in the aftermath of increased provision. Can increased opportunity change and grow the audience?

This article, sponsored and contributed by the The Audience Agency, is in a series sharing insights into the audiences for arts and culture.

GDPR: How to get the job done
What do you know about me?
Rural versus urban
Why audiences attend