Small theatres and companies are ideally placed to give their local communities a voice. But there will have to be new models of working, and funders will have to resist the strong pull to conserve the past, says Anthony Biggs. 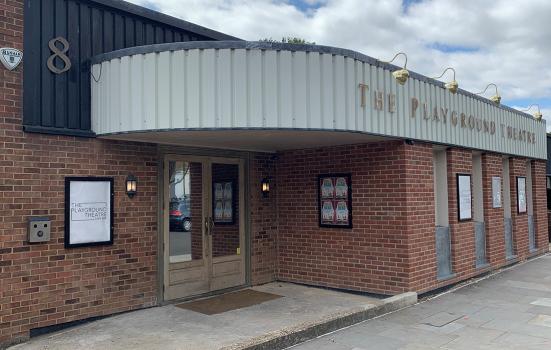 Theatre is having an identity crisis. Following the recent announcement that the government is to support the Arts with a £1.57 billion rescue package during the Covid-19 crisis, there is already a debate in the theatre world about where the money should be spent, with many fearing that a large proportion will be soaked up by major institutions, leaving smaller theatres and freelancers with little. This in turn has stoked up a debate about what theatre is really for. Leading industry figures have made the economic case for support of the arts, whilst others have dismissed this as ‘Tory-speak’ and have instead stressed the intrinsic value of art in our lives. But perhaps, as we emerge from our bunkers, it is time to define a different way for the public to engage with arts organisations, and to champion the civic role of theatres.

Public engagement with the arts is hardly new. The Greeks were at it two and a half thousand years ago, exploring topic themes like abuse of power, the role of women in society, and conflict between family and state, and the horse-shoe shape of the theatres positively encouraged this engagement. There is a story (probably apocryphal) that the NT Olivier auditorium was originally designed in this shape, but Laurence Olivier reduced the curve as he wasn’t keen on the audience seeing each other. Whether true or not it underlines a notion that at that time theatre was something to be doled out from high and received by a grateful public.

In the Nineties many theatres received funding from the National Lottery to redevelop their buildings, opening up austere fronts, carving up Victorian auditoriums, and adding cafes in a bid to forge a closer relationship with their communities. Alongside this windfall of brick and glass came a new army of literary and education departments, set up to engage the public. After the initial zeal, these new entities soon became subsumed into traditional theatre hierarchies – set dressing designed to fulfil funding criteria so that Artistic Directors could get on with the important business of producing plays.

Then the global financial crash happened, followed by austerity, which forced theatres to cut budgets drastically and to look for different revenue streams. This coincided with the rise of subscription TV which meant the entertainment offering became hugely competitive, with many theatres suffering a subsequent decrease in traditional older audience numbers. Boris and Brexit became our nightly entertainment hit. The patriarchal nature of the industry and the lack of diversity were ruthlessly exposed in the wake of #MeToo and Black Lives Matter. We were already starting to question our relevance when the Coronavirus arrived and theatreland ground to a halt, forcing us to stare, Beckett-like, into the abyss.

And yet… after months of lockdown, with some very bleak moments, a ripple of hope has been felt and it is only partly caused by the government rescue package. It is a palpable hunger to re-engage and to re-imagine. Whilst theatres have remained closed for safety reasons, there has been debate raging on social media platforms about what the future landscape might look like. Many see this crisis as an opportunity to ‘re-set the clock’, to tear down the archaic structures that have bound theatre to the past and to really listen to our audience. In the absence of performances, theatres have had to find new and innovative ways of engaging with our communities, with many taking on a greater civic role to support those worst affected.

One of the benefits of small theatres and companies is that we travel light. We often have flexible auditoriums or performance spaces, we work within small budgets, and we don’t program too far ahead. But most importantly, we know our audience, often literally so. This puts us in a strong position to reopen first, with small, community-based projects that underline this new civic role.

At The Playground Theatre we have used our café, working in partnership with local food banks, to cook and deliver food for people in sheltered housing. Over the last few months, using a cooker donated by one of our audience, we have served nearly seven thousand meals.

Our award-winning play-reading programme WELL READ, which began as a service-user led project with St Charles Mental Health Unit, has morphed and expanded into an online Zoom initiative, targeting isolation and loneliness, with participants joining from the local area and from around the U.K and abroad. The plays we read are chosen to spark debate as well as entertain, and suggestions for reading are generated from within the group. One of the first plays we read was Shirleymander by Greg Evans, which highlighted the homes-for-votes housing scandal at Westminster Council in the 1980s, something that directly affected many of our community. What has become abundantly clear is that our readers don’t want to be pandered to. They want to engage in big debates and they relish challenging storylines and themes. They know this is an era-defining moment and they want to be part of it.

Locations define theatres. Our location in North Kensington, close to the wealth of Notting Hill and Westfield, and just a few minutes walk from the social housing of Lancaster West Estate and Grenfell Tower, defines us as a theatre that must embrace contradiction. Grenfell is a subject that is understandably of vital concern to many residents, and we have already played a role in supporting those who have been affected. For others who had previously ignored or perhaps were unaware of a parallel life happening on their door-step, the fire has been a nasty wake-up call. As the public inquiry re-commences, focusing on the institutional failings that led to the tragedy, it is vital that every voice is heard, and our theatre is ideally placed to be a space where this emotive subject can be aired and debated.

I am very proud of the community work we do at The Playground, but we don’t work alone. We have amazing partners such as local children’s group Kids on The Green, Haznat and the fantastic staff at White City Community Centre, and the wonderful inclusive theatre company Chicken Shed. And all over the country smaller theatres and theatre companies have created a web, engaging with volunteers, local community groups, schools and colleges, and residents to explore issues that matter to them: companies like Slung-Low in Leeds, which create large-scale performances with local residents, and Battersea Arts Centre in London, which recently made all their performances fully accessible.

The bigger civic theatres have traditionally had greater resources and wider reach, but at this pivotal time it is smaller companies, plugged directly into their communities, that can affect real change. This is theatre as crucible, where people are put first, where ideas can be formed and challenged, where emerging artists will find their voices, and where tolerance and empathy can be nurtured.

To be civic is to be an active and responsible citizen. The latest ten-year plan for Arts Council England – Let’s Create – promises to be a radical shift in ideology, proposing to put our citizens in the driving seat, and it will be the creatively and structurally nimble organisations, our truly civic theatres, that can be the vehicle for this change.

It will require government funding, bypassing often bloated organisations and outdated buildings, that is targeted directly at the source: artists and local companies and theatres. It will require partnerships: strong bonds between theatres and theatre companies, local councils and other community groups to share experience and foster healthy debate. It will require new models of working that recognise the changing theatre ecology, and that allows for diverse voices to be heard.  And it will require a level of engagement between theatres and their communities which hasn’t been seen before. It won’t be easy, and there will be a strong pull to conserve the past, but if ever there was a moment to ‘re-set the clock’, it is surely now.

Anthony Biggs is Artistic Director of The Playground Theatre
https://theplaygroundtheatre.london

Public engagement: a renewed civic role for theatre
Only fools and dreamers