The power of putting theory into practice 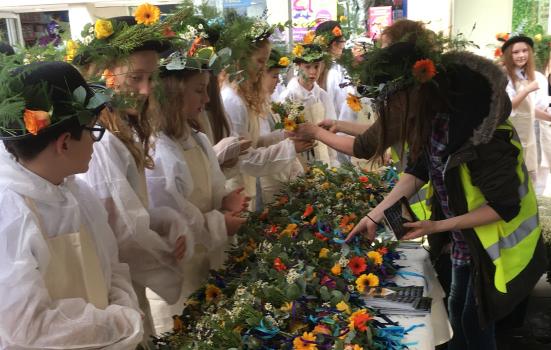 I was recently invited to Ottawa to a conference bravely entitled ‘The Art of Changing the World’. In one of the sessions we were asked to write down a piece of theory we felt had informed our practice. There was a sense of resistance in the room. “I’m not an academic” and “I make art, not write about it” were heard. But, in the end, we all wrote something down, placed it in the hat and picked out someone else’s contribution.

Unless we engage in critical reflection, we are in danger of doing little more than ameliorating the effects of austerity and neoliberalism

The one I opened read ‘Land as Pedagogy’. Unnerved by not understanding the reference (we were in a university after all), I quickly Googled the writer. It was then I discovered the wonderful work of Leanne Betasamosake Simpson and her concept of ‘rebellious transformation’.

The responsibility of theory

Although Land as Pedagogy is about reclaiming the space of indigenous learning, as Simpson begins to speak about valuing different ways of knowing, establishing mutual respect, ensuring reciprocity, creating agency and insisting on informed consent, she seems to be addressing everything we should be seeking for in participatory/social arts practice.

Not the kind of arts practice that brings about neat solutions such as social inclusion, consensus or cohesion, but art that is brave enough to challenge inequity, promote social justice and create a space where dissonance and rebellious transformation are actively encouraged.

What I also loved about Simpson’s piece was her insistence that theory, within the Nishnaabeg culture she is from, is not seen as an academic or intellectual pursuit but something “contextual and relational”, and “intimate and personal”: something that holds each individual responsible “for finding and generating meaning within their own lives”.

We speak increasingly about building learning institutions and learning communities in the arts in the UK. And, in terms of participatory/social arts, there are few organisations that do not have a community engagement co-ordinator or director of participation dedicated to outreach and learning.

But even if we have moved on from the model of ‘hand-wringing practitioners easily satisfied with the feeling of doing good’ that Claire Bishop, Professor of Contemporary Art at the CUNY Graduate Center, New York, condemns so fiercely, there is still a sense that empathy, goodwill and general niceness are considered some of the top skills for those working in participatory contexts. Where, I wonder, is the place for critical reflection?

This is why I was so excited to be commissioned by Arts Council England’s Creative People and Places (CPP) programme, which focuses on areas of low arts engagement, to write a think-piece about power as part of its evaluation process. It was also daunting. There is a lot of material out there about the programme. It is, as many have pointed out, a centrally commissioned, top-down initiative.

As such, it might be expected to struggle to move beyond what Sherry Arnstein groups together as ‘Degrees of Tokenism’ in her Ladder of Participation. But once I had come across artist Corita Kent’s artwork Power Up and engaged with her insistence on research and questioning as part of the creative process, I felt I had found a way of working with CPP teams that might both draw out their learning and provoke critical thinking.

The questions that inform the final piece are a response to Kent’s 10 Rules for the Art School. They look at the possibility of really sharing power (and in doing so, being prepared to give it up, as one CPP director noted), at the nature of our own privilege and cultural capital and the challenges these might present in creating true reciprocity or meaningful participation. They touch on the ethics of social art practice, the values that drive us and ask where the crossovers might be in wanting real social change and engaging with the politics of social justice and activism.

CPP teams, critical friends, artists and participants were invited to respond to the questions within the context of their own programmes. Not everyone engaged, but those who did were appreciative of the space it gave them to reflect on the complex journeys they have been on as organisations.

Their responses are honest, pragmatic and offer valuable insight into how, by moving beyond the assumptions they might have made at the beginning of the programme, most had managed to reach a place of trust and mutual respect. Partly by being with people and listening to them, but also by beginning to commission artists with radical practice to create work that actively confronts some of the devastating social impacts inequality is having on their communities.

The structure of the think-piece allowed me space to share some of the important theory around this work. From bell hooks’ thoughts on how “the dominator culture has tried to keep us all afraid” choosing “safety instead of risk, sameness instead of diversity”, to aboriginal artist Lilla Watson’s warning that “if you have come to help me, you are wasting your time” and Tara Yosso’s work on the cultural capital held by communities we label as disadvantaged.

My time in Ottawa, the days I spent at the Platforma Festival in Newcastle and Sound Connections’ Social Justice conference, have made it clear that we can no longer ignore the fierce and urgent questions facing our world. The debate around the need to move towards cultural democracy, to develop the civic role of the arts is growing.

But unless we engage in critical reflection, we are in danger of doing little more than ameliorating the effects of austerity and neoliberalism. ‘Power Up’, someone commented, is a pop artwork, a verb, an outcome and a call to action. I’d like to think it might also be an awakening.

Chrissie Tiller is a creative consultant and practitioner.
chrissietiller.com

Read Chrissie Tiller’s think-piece ‘Power Up’, which explores some of the challenges of sharing power unearthed in the CPP programme, on www.creativepeopleplaces.org.uk.

Head to head: can a toolkit solve the sector’s class problem?
The power of putting theory into practice
The burden of proof
Women in waiting?
A bid for new audiences?
Does opera need famous faces or different places?
A slice of the cake