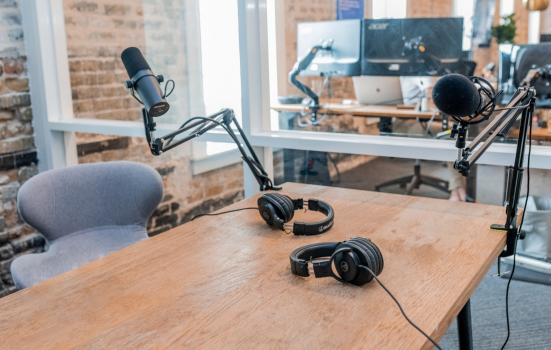 How do you decide how to spend your attention? Growing up with TV and print media in the 1980s, there was a limited choice. You could scan the TV guide to see what was on one of the limited number of channels, or read a newspaper, magazine or book.

If you asked the same question now, it would be far more complex. The options competing for our attention have grown exponentially, and we have become far more sophisticated in our choices. But it isn’t just about more choice.

Formats are like scaffolding – if you get it right at the beginning, it’ll save you a lot of trouble later on

Looking back to the late 20th century, it’s remarkable how limited these attention patterns were. The economic and technical limitations of distribution channels meant that most content was designed for an attention span of between thirty minutes and two hours. The business models of television, movies and print focused on these patterns. A film that lasted 5 minutes, or 3 hours, was more likely to be seen at festivals or in art galleries than a local cinema. The only TV programmes that lasted longer than an hour were movies or live sport: the native formats for TV all strictly conformed to fit the hour/half-hour TV schedule.

Over the last decade, the growth of smartphones and social streams has created ways to deliver — and crucially, monetise — content for attention spans far shorter than 30mins. Although companies like Blogger, Twitter and Vine played a crucial role in developing products and business models for shorter patterns of attention, Facebook and Google have emerged as the big winners, almost completely monopolising advertising income on mobile and social streams.

But something else happened at the same time. Just as we’ve got used to scrolling through mobile screens, clicking to look at memes or short videos that typically last only a few minutes, our attention patterns have also extended past the one to two hour limit of late 20th century TV and movies.

When we want to immerse ourselves for longer, we pick different platforms based on the context of our attention — listening to podcasts on the move using Spotify or Apple; playing video games with our friends on our Xbox, Playstation or Switch; or binge-viewing TV on Netflix, iPlayer or Amazon.

A lot of the conversation about content strategy for digital has focused on the shorter attention patterns of Facebook, Twitter, Instagram or Snapchat. But it’s getting harder and harder to really stand out in this crowded space, particularly if you don’t have a large budget for paid promotion.

At Storythings we’ve been helping clients go to the opposite end of the attention spectrum, building returning editorial series based around rich storytelling, like our Nevertheless Podcast for Pearson. But developing this type of digital content is very different from the kind of content strategy you need for social streams:

1. Podcasts are all about formats

If you want someone to come back regularly to a series of stories, developing a strong, consistent format is really important. Formats help audiences feel located. This is particularly important for audio, which offers people no visual clues about where they are in the story. A strong format will make it easier for you to develop your storytelling over many episodes and help you develop a strong relationship with your audience. Formats are like scaffolding – if you get it right at the beginning, it’ll save you a lot of trouble later on.

2. Podcasts are all about talent

This is about both presenting and production talent. Getting a good presenter or host for a podcast will give your audience someone they can identify and build a relationship with, which will help you build a loyal audience. But production talent is just as important. Making a podcast is not just about putting two interesting people in a room with a microphone. A good audio producer will help you think about the format and structure of the podcast and how to use editing, sound beds, music and other techniques to guide the listener through it.

3. Podcasts series are how you build audiences

The great thing about series of content is that your audience quickly becomes familiar with the format, presenters and the kinds of stories you are telling. The key to loyalty is habits, and series give you a number of ways to help your audience build a habit around your stories. We’ve found that new listeners will go back and catch up on all the episodes in a series when they discover our podcasts. When we trail a new season, we get excited responses from audiences that have already been listening to earlier seasons. If you want to develop close relationships with your audience, then serial formats are much better than one-off stories.

4. Podcast networks are important for distribution and discovery

Apple and Spotify are beginning to look like they will dominate podcast discovery but, for the moment, it’s still a much more open playing field than social media. Many podcasts belong to networks that help them with discovery, audience development and monetisation. Networks like Gimlet (now owned by Spotify) and Radiotopia in the US, or Great Big Owl and our own Diffusion Network in the UK, curate different podcasts together so that audiences can find them more easily, and individual podcasts have more chance of being discovered. As the podcast platform wars start to heat up, being part of a strong network is becoming increasingly more important.

Podcasts are the polar opposite of social media. They’re about audiences choosing to spend valuable time with content they want to immerse themselves in, rather than distractedly browsing through a social stream. They’re about complex stories, compelling formats and talented people who have the potential to build loyal audiences.

If you are getting frustrated telling stories in the cramped, noisy spaces of social media streams, maybe it’s time you went to the other end of the spectrum and had a go at podcasting instead.

Matt Locke is a Director at Storythings.