My Gurus: A life of learning

Music at Paxton General Manager Elizabeth Macdonald looks back on the teachers and mentors who have inspired her and continue to influence her work. 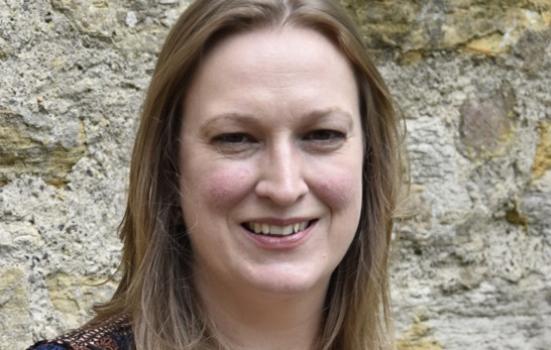 As a five-year-old I often accompanied my older brother to his weekly violin lessons. It was eventually suggested that I try it myself, and Mary opened up the world of music to me in a significant way. She was an innovative teacher who developed several ground-breaking teaching aids. She was dedicated to her students and concerned with producing well-rounded musicians – chamber music featured from the start, and she took more than a passing interest in other areas of my education. She was also generous in sharing her own experiences – from her studies at Cambridge, the Royal College of Music and as a performer and teacher, as well as offering anecdotes from the Proms (she was the goddaughter of conductor Sir Malcolm Sergant and the mother of four professional musicians, including conductor and violinist Roy Goodman).

Mary was well-known locally for cycling everywhere, her bicycle piled high with instruments and music. She cycled solo from John O’Groats to Land’s End in later life, completing the final section with several broken ribs after taking a tumble. This was typical of her determination in all her endeavours.

The University of Edinburgh was a rather special place to study. Steeped in history with two purpose-built concert halls, an internationally significant instrument collection and one of the UK’s two leading music libraries (the other is in Cambridge), I couldn’t help but be inspired. Many people motivated me during my student days but one in particular stands out: John Kitchen, a treasure of the Edinburgh musical community.

John, who has now retired, played a big part in my education - not just in my academic development but also as a colleague who gave me some of my earliest opportunities in orchestral management and concert production. He demonstrated that it was possible to enjoy a varied career, juggling a busy recital calendar with teaching commitments, his role as City Organist and a demanding church music position. A world-class performer with infectious enthusiasm, he has an incredible way of connecting music – and musicians – of the past with the present.

Before I became a freelancer, I worked in higher education for several years. Like many in the arts, my career didn’t initially take off as I had hoped, and I decided to move into a different sector to broaden my professional skills. Peter Wilson was a senior colleague at Napier University and quickly became something of a mentor. I would regularly seek his advice and he has always been extremely generous with his time, regardless of other pressures.

Peter has spent most of his career as an architect working in timber innovation and education. A great collaborator with real integrity, he likes a good debate – and I appreciate being able to bounce ideas off someone who doesn’t always agree with me! Peter’s vast experience of running businesses and working independently has been invaluable to me. He encouraged me to start my own business when I first mooted the idea, assisted with my initial business planning, and helped me develop my own leadership style. Although I now work predominantly in the arts, Peter remains a colleague and client and I learn from him on an almost daily basis.

There are countless studies on the ‘Mozart effect’ – the idea that if children are brought up with music (and Mozart in particular) as a central part of their education, it rubs off on other areas of their development. Music is rapidly disappearing in schools and the growing inequality in access to the arts troubles me a great deal, particularly because my own childhood in Hull was so culturally rich. Children of all ages and backgrounds in Hull benefit now, as they did then, from access to free instrumental lessons and varied performance opportunities across all genres.

Peripatetic teachers - and their classroom colleagues and community counterparts - work small miracles every day with limited resources, regularly going beyond the call of duty to enhance the creative lives of young people. Their dedication never ceases to astound me! At Music at Paxton, sharing music with the widest audience possible is central to our mission. Our partnership with Live Music Now Scotland takes live music into communities where they would not otherwise have access to it.

My Gurus: A life of learning