My experience with crowdfunding

Amy Zamarripa Solis’s first attempt at crowdfunding was not a success. She explains what went wrong and reveals how – after raising less than 50% of her target – she still managed to stage a successful fringe theatre production. 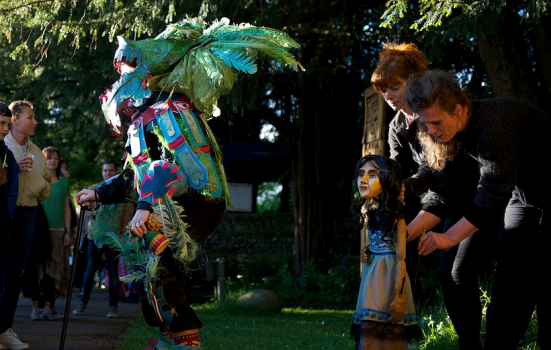 In Autumn 2016, Writing Our Legacy embarked on its first ever crowdfunding campaign. We aimed to raise £5,000 match funding towards a new site-specific theatre production, La Llorona.

La Llorona is a Mexican ghost story from my childhood in Texas. In the myth, La Llorona drowns her children to be with her lover, only to be scorned, banished from Heaven, and spend an eternity looking for her children. If you stayed out too late at night, adults said she could drown you.

In our new modernised production, La Llorona is a Mexican woman who is exploited as she tries to follow the American dream. Told through magical realism, a soundtrack by a live band and larger than life puppets.

La Llorona was an important step for Writing Our Legacy. We are a small grassroots, BME literature organisation with no paid staff, and it was our first full-scale theatre production. Our vision was to create a vehicle for literature, myth and storytelling to bring the Latin community together, after years of staging successful multi-artform events and festivals.

The crowdfunding campaign would unlock funding from Arts Council England (£5,000) and Brighton & Hove City Council (£1,000). It would also cover artist materials, costumes and venue hire plus technical costs such as lighting, PA and transport costs.

Our small team – director, artists, makers, band and other theatre practitioners – was enthusiastic and ambitious. Everyone had lots of friends, family and contacts who could support our appeal. I remember thinking, “how hard could it be?” 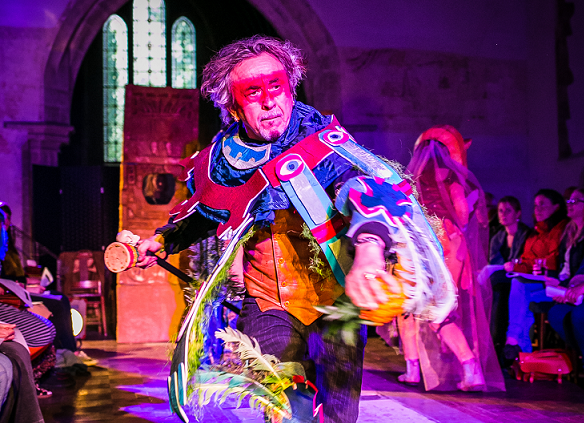 Well, it was hard – possibly worse than anyone had advised.

We made a lot of mistakes in our campaign. Here are just four:

1. We launched it at the wrong time of year

Delays meant our crowdfunder ran too close to the Christmas build up. Our plan of drawing on the ghost story and Dia De Los Muertos (The Day of the Dead) lost its appeal as Father Christmas loomed. Who wants to see a Thriller video re-make when they’re buying mince pies? The other thing: it was penny-pinching time. Our prizes could be great Crimbo gifts, but even for a Brighton crowd, that was pushing it.

2. The video didn’t show us as ‘real people’ to potential backers

Don’t get me wrong. We had a beautifully shot and directed video. However, a friend pointed out that our video didn’t give audiences who weren’t already friends a chance to learn about the show. Yes, that dreaded talking heads thing actually can be useful at times.

3. We failed to secure the first 30% of our funding target fast enough

Get 30% of your funding secured through rock solid pledges from family and friends and get them to support on the first day. The general public are more likely to support successful campaigns. Get your pledges nailed – I mean really nailed – and you’ll be laughing.

4. It needed a dedicated campaign manager

I was the campaign manager. What I didn’t plan on, however, was starting a demanding job at the same time. If I could go back, I would have involved my collaborators more on planning, and even let one or two take the lead.

Other learnings, to name a few, include: 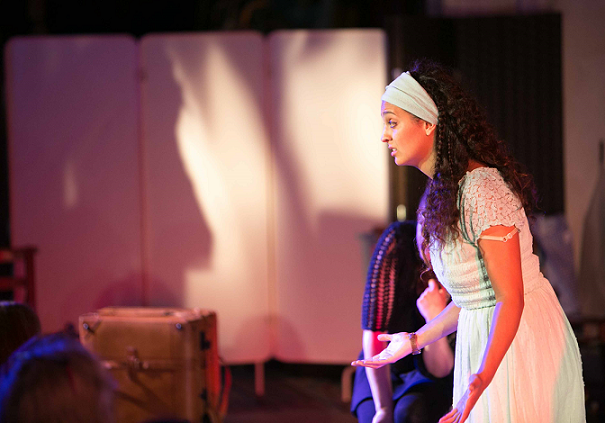 With a £3,000 shortfall, I had to find a solution to see our ambitious project to successful fruition.

My director Rikki Tarascas and artist lead Hannah Barker had to make do with limited budgets. Artists are resourceful, but there’s a limit.

Local businesses and volunteers offered time, skills and resources – a local pub, for instance, let us use their upstairs room for rehearsals and making. By the end, we had an incredible community of over 50 people in cast, production crew, volunteers and suppliers.

I added more shows. We originally planned to do one show at Brighton Fringe, and ended up doing seven over four days. I also raised our ticket prices quite substantially, from £7/8 to £12/15 for adults.

We entered and won a Fringe bursary (the ART:Sync Irene Mensah award), which helped with marketing, press, professional support and part of the entry fee. As a result, La Llorona was featured in dozens of regional and local media outlets including a well-placed ITV Meridian feature.

The final surprise: having all seven La Llorona shows sell out.

Despite British summer rains, we were able to wow audiences and create a unique outdoor festival experience in and around Preston Manor’s church. And we were able to break even.

My experience with crowdfunding