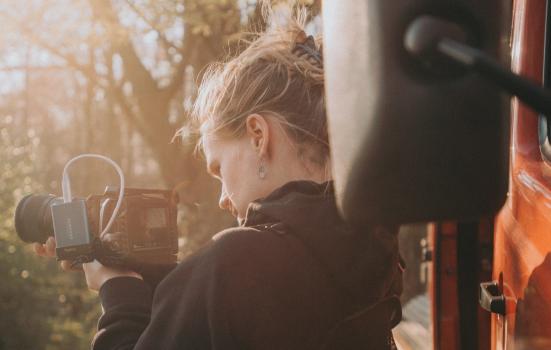 A whole year after a community photography project finished one artist is still volunteering to mentor a participant
Photo:

Over the past 30 years, socially engaged practice has become one of the most significant areas of expansion within publicly funded arts. This label encompasses different forms of practice that share a focus on participation, on the process of collaborative creation over artistic output, and the intention to act as an intervention that addresses social, political, environmental issues. For this reason, the individuals and communities that are socially engaged with artists work are most often those facing social disadvantage, stigma or social exclusion.

A special kind of care

It takes a particular kind of artist to work in socially engaged practice. Expectations of measurable social benefits resulting from participatory arts activities have increased, but budgets to fund them have not grown in proportion to the pressures to deliver. In this chronically underfunded area of creative practice, artists often work many more hours than projects budgets allow out of a sense of loyalty to those individuals and communities they work with.

Underpaid – or even unpaid – work is common in the cultural and creative industries to the extent that we rightfully talk about artists as an invisible and unacknowledged ‘subsidy’ of the arts. However, the situation for socially engaged practitioners is distinctive. For them, the hidden costs of their practice are not limited to a financial loss. The level of practical and psychological care that participants often need to navigate the institutional structures and systems that have often alienated them are a greater cost.

Not surprisingly (or coincidentally), publicly funded socially engaged practice has grown hand in hand with years of cuts to health and social care and reduced services for the socially and economically disadvantaged. Artists often find themselves in the unenviable position of having to fill gaps in the provision of various types of care. This is just more work for which they have not been paid. Working with participants from disadvantaged backgrounds, who are displaced, vulnerable or at risk of social exclusion, and whose access to much needed services is inadequate, and entails personal, psychological and financial costs, as well as difficult ethical dilemmas.

The unofficial pressure on artists to fulfil this extended role is significant and amounts to a form of systemic and embedded exploitation. Funders are able to effectively ‘outsource’ care for the groups involved in participatory arts activity without any additional pay, specialist training or support because they know artists are driven to carry them out.

When not enough is too much

I will illustrate this point with a project I researched a few years ago. Our Big Real Gypsy Life was a participatory arts and heritage project involving young people and families from the Gypsy and Traveller communities of rural Lincolnshire. The objective was to provide participants with skills and opportunities to produce their own narrative around their cultural values, challenging their predominantly negative representation in the mainstream media.

I interviewed artists, charity workers and arts administrators who delivered this project, who told me of limiting funding caps that made realistic budgeting impossible. They spoke of artists working more than their contracted hours and of the frustration of not having enough time to develop meaningful relationships with the participants. What struck me, however, was the clear sense of a team who had all, independently of one another, decided they would care for their participants. As a result, they went to sometimes remarkable extremes not to let them down.

The experience of one artist who was still mentoring one of the young participants on a voluntary basis a whole year after the conclusion of the project is illuminating:

“I’ve gone on to do a lot of work with Helena [not her real name] but that’s all been kind of voluntary because she had this real passion for photography and I thought, you know, it’s not fair to go in and say, ‘I can show you this. This whole new world and… you could really enjoy it but actually now the project’s finished, I’m going.’”

The artist helped Helena, who had left education very early, to put together a portfolio and college application. It soon became apparent there was little support for Helena and her family to return to formal education. It took time, dedication, and perseverance for the artist to get Helena a place at the local college, leading to some personal reflections on the cost of that care from her perspective as a single parent on low income:

“There is value to carrying on working with somebody but then it’s also kind of made me think: how do you actually… do that? How can I do that and not find it really stressful trying to find the time and not having an income as well?”

While fully aware that this ‘project after care’ was not going to be remunerated, not letting her participant down became very quickly a matter of ethical duty. The other artists and facilitators involved in the project also went above and beyond their contractual obligations. Alongside a sense of responsibility not to ‘fail’ a community with such a long history of being let down by institutions, they felt there was nowhere else for the project participants to turn. There was no one else whose job it was to assist Helena to access higher education.

The hidden costs of socially engaged arts practice is inextricably connected to the crisis of social care and service provision. It is also a result of the unwillingness of commissioners of publicly funded socially engaged practice to accept responsibility for the care that participants of the activities they support need, both during and after the project.

This amounts to a moral failure of cultural policy: poorly funded projects are often relied upon to provide the evidence, case studies, sector report, powerful images that feed into evaluations, and policy statements on social impact. These are so central to ‘the case for the arts’ in advocating for funding. Yet, socially engaged arts only benefit from a small portion of art funding, the majority of which goes to established, mainstream and building-based arts organisations. This opens up a series of legitimate and important questions. Who is responsible for project participants’ care? If it is artists who end up doing this, do they need training to do it safely and effectively? And if that’s the case, how should this difficult yet precious emotional labour be recognised and remunerated?

What I have described in this article is not an issue that affects the odd project; it is pervasive and systemic in our sector. We need system-level changes to address it appropriately; systemic change is always difficult and met with strenuous resistance. Matters are further complicated by the obvious imbalance of power between funders and the artists they commission. This leaves us with the trickiest question of all: who will speak up for the artists and the vulnerable communities they work with to push for change?

Eleonora Belfiore is Co-Director of the Centre for Research in Communication and Culture.

This article has been adapted for ArtsProfessional, the orginal version is available here.

Going forward arts practitioners will be expected to pick up more and more work with fractured, isolated, disenfranchised communities post-pandemic. Those of us engaged in community-focused practice love what we do and are hyper-conscious of not wanting to let people down or abandon a community once the project ends - especially since the after life of a project is tangible proof of its success! But our role really does need to be acknowledged and respected by paying us a fair wage. I have coordinated several projects for an arts charity and always made sure the artists got paid, but I was forced to apply for funding to pay for my own role, which meant, inevitably, that only a fraction of my time was actually covered.
I support calls for UBI. If we valued everyone's potential by providing a basic universal income perhaps it would give artists, and others, a foundation from which to operate, at least. This doesn't deal with the important questions around training nor the need for adequate commissions on top but I feel that in the current context, and with a future-facing view, that leading voices should be putting UBI back on the table. The arts sector should join forces with other sectors to argue that our economy and welfare systems should be safer and better resourced at more fundamental levels.

A moral failure in cultural policy
Are we misunderstanding cultural democracy?