City Hall has launched an interactive online map capturing details of the capital’s cultural spaces - from theatres and studios to pubs and creative workspaces. Justine Simons explains how it will support local planners and creative workers. 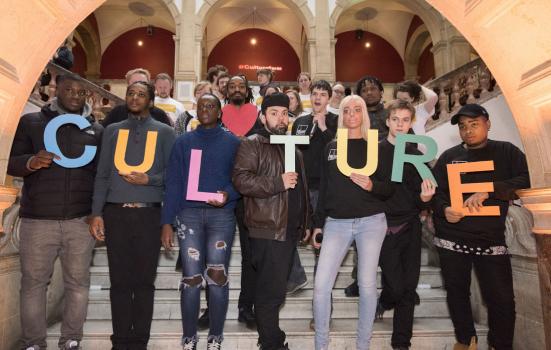 Culture has always been in London’s DNA. It is part of the story of our city and gives our capital its character and authenticity. It also plays a vital role in our economic success. The creative sector generates £52bn for London every year and is responsible for one in six jobs. It is what makes the city a place where people want to live, work and do business.

But while we’re all used to seeing big cities plan their future needs when it comes to trains, roads and hospitals, it’s never been the same for culture – until now. Our cultural infrastructure plays a huge role in our city, but until now we’ve not had a proper picture of our venues, spaces and studios, nor been able to highlight gaps or risk areas.

Until now we’ve not had a proper picture of our venues, spaces and studios, nor been able to highlight gaps or risk areas

We know there’s been a worrying decline in our cultural spaces and it’s no secret that we have seen artists and creative businesses struggle in the face of rising rents. But without knowing the full picture, it’s hard to support our creative communities and ensure culture can thrive.

That’s why we have launched an online map capturing the city’s full range of cultural spaces. From local facilities like arts centres, libraries, community centres and pubs, to LGBT+ venues, theatres and music venues, to affordable artists’ studios and creative workspaces, our Cultural Infrastructure Map gives us a detailed snapshot for the first time.

The map shows us that Hackney and Camden are vying for the highest number of grassroots music venues, and that Westminster is the borough with the most pubs. It shows us that London currently has 240 artists’ workspace buildings, with Hackney hosting the highest number of creative workspaces. Outside central London, the map indicates that Ealing plays an important role in providing prop and costume hire, and we can see that Brent has a high concentration of music businesses.

We have released this map alongside our wider Cultural Infrastructure Plan, which includes online toolkits and resources to help local authorities, property developers, businesses and cultural institutions to build new studios and venues to the right specification, and ultimately grow the culture on offer in London.

This new intelligence about where London’s cultural infrastructure is located will help local planners better understand the cultural ecosystems in their areas. It will support smarter regeneration and enable businesses, local authorities and cultural leaders to support and develop the cultural spaces London really needs. We need to protect these important spaces if we are to cement London’s place as an international cultural capital.

We’ve established the first ever Culture at Risk Office, which has already supported 350 cultural spaces at risk of closure, and we’ve created the most pro-culture planning framework the capital has ever seen.

Crucially, the map is part of our commitment to open data, free for all to use. The data joins more than 700 publicly available datasets in the London Datastore. Now Londoners, cultural institutions and culture lovers can help us fill in any gaps to fully capture the city’s cultural gems on the map.

The Mayor’s draft London Plan includes a requirement for developers to ensure existing venues, clubs and pubs still have a home in new developments, and includes the Agent of Change principle that helps protect venues by putting the onus on developers to meet the cost of soundproofing and noise-reduction measures.

We are working hard to support these venues, and we’re seeing the first green shoots of recovery. For example, following a decade of steep decline, the numbers of LGBT+ venues and grassroots music venues has stabilised in the last year.

We’re also working hard to support our artists. Last year we launched the city’s first-ever Creative Enterprise Zones which will create more than 3,500 jobs and 40,000 square meters of new affordable creative workspace. This year we joined forces with Bloomberg Philanthropies and Outset Contemporary Art Fund to launch the Creative Land Trust, an independent organisation which will secure a thousand affordable creative workspaces in five years for artists in the capital.

London’s cultural spaces play a vital role in bringing our communities together and the creative influence of our artists is felt in every corner of the city. That’s why it’s so important that we protect our creative communities, and help Londoners access the wide range of culture on their own doorstep.

Justine Simons is Deputy Mayor, Culture and the Creative Industries in the Mayor of London’s Office.
www.london.gov.uk