A simple repertoire scoring system is far more effective than a crystal ball for predicting the popularity of a programme, setting budgets and segmenting an audience. David Reece explains how it works. 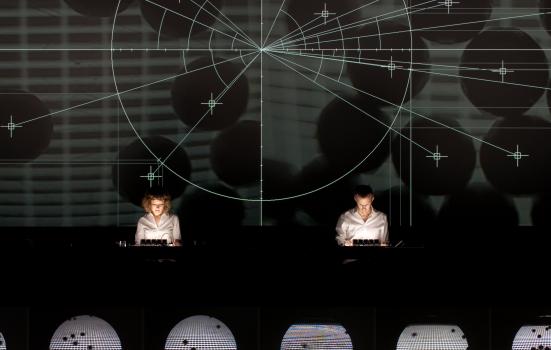 Superposition 4 at the University of Michigan's University Musical Society
Photo:

What do Beethoven’s Fifth Symphony, Shakespeare’s Romeo and Juliet and Van Gogh’ Sunflowers all have in common? They all rank among the greatest works of art with a strong appeal for many people. On the other hand, what about Berwald’s Sinfonie singulière, Montrose’s Cleansing the Isle and Marca-Relli’s collage action paintings? Now we’re talking about obscure work, which only a handful of people would probably have heard of.

These are extremes, so while it’s easy to acknowledge the different attractiveness in these examples, assessing the appeal of everything in between is more difficult. Even within the repertoire of a single composer like Mozart there is a range: The Magic Flute has a wide appeal, while La Clemenza di Tito less so.

And that’s not to mention the impact of a star singer or a famous director. The art of repertoire scoring relies on turning the subjectivity of artistic appeal into an objective score.

It’s all well and good scoring your repertoire, but it’s what you do with the results that matters. Repertoire scoring has a wide range of applications:

There are two key aspects to repertoire scoring. First, identifying the different components that have an impact on overall appeal. Second, scoring these elements from the perspective of your audience.

Seattle Opera splits each performance into five components: title popularity, composer popularity, singer(s) popularity, rarity and ‘buzz’. These are scored independently by staff from marketing, programming and ticketing. The scores are then combined to create an overall score.

In scoring, people are instructed to consider the appeal to the majority of customers, rather than opera buffs or opera newbies – customers who know the difference between Madame Butterfly and Aida, but haven’t necessarily heard of The Girl of The Golden West.

We used a different approach when working with the British Film Institute (BFI). Rather than using staff to score films, we included a question as part of a customer survey, asking people to indicate their familiarity with and interest in a selection of films.

The films reflected the range of the BFI’s programme from the most popular, represented by Vertigo, to the most obscure, denoted by Wings of the Morning. These films then acted as ‘proxies’ for the rest of the programme. We also calculated the price elasticity of each film.

The University Musical Society (UMS), which presents music, dance and theatre on the campus of the University of Michigan, offers another example of applying scores to audiences. It thinks about the adventurousness of customers. It combines scores for nine different criteria, including subject matter and unconventionality of format, for each performance. It then applies an average score to each customer based on their purchase history.

The scores are used to divide customers into three categories: 'Adventurous Souls', who mostly attend challenging works; 'Adventure Averse', who go to things like Handel’s Messiah; and 'Adventure Curious', who are somewhere in between.

The Segmentation Engine stores the scores and applies them to customers, and is able to see a customer’s minimum and maximum score. This means it can consider whether a customer ever attends works at the extremes of the programme, enabling it to improve its targeting. It is also developing an attitudinal survey to overlay against customer behaviour. By identifying any mismatches – a customer self-identifying as an adventurer but with behaviour suggesting otherwise – it can focus audience development work on these customers.

Organisations have found that implementing repertoire scoring is a great way of bringing together staff from different departments to have joined-up conversations. Are our forecasts and targets realistic? Is there enough popular work to bring in new audiences? Is there enough of a market for the risky repertoire this year?

Repertoire scoring offers a way to get everyone talking with a shared language about programming and audiences.

What does your pricing say about you?
Planning in a time of radical uncertainty
The many roads to recovery
Discounting: The Good, the Bad, and the Ugly
Segment your way to success
Turn your marketing upside down
Knowing the score
Are you pricing dynamically?