International fundraising: is it right for you?

Could fundraising overseas be a profitable enterprise for you, with an achievable return on investment? Nancy Bickson explains what you need to think about before taking the plunge. 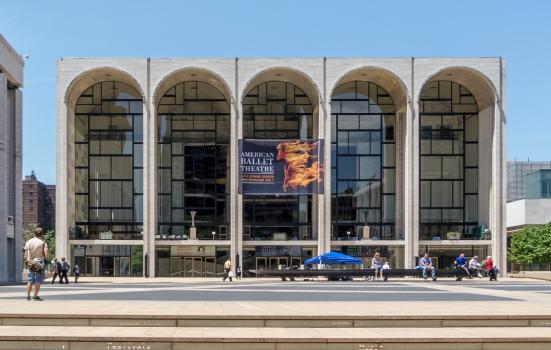 Some, such as the National Trust through its US entity, the Royal Oak Foundation, are old hands and have been reaping the benefits for years. Their approaches take many forms: asking for support from foreign visitors, applying to foreign trusts and foundations, setting up overseas ‘Friends Of’ entities and sometimes staffing them.

Yet some international fundraising efforts are very simple and can start small. They could include something as simple as using a back catalogue of performances online (such as the Met Opera’s successful nightly opera broadcasts) and asking for a contribution by those watching it during lockdown. More ambitious approaches can be linked to overseas touring (when it’s finally permitted again) or having an ongoing and extensive fundraising programme in a different country.

But what do you really need to know to make fundraising overseas a profitable enterprise with an achievable return on your investment, and should you be doing it at all?

Is it for you?

If you are a cultural charity with a local focus, the answer is probably no, at least not actively. But passive fundraising may still be appropriate. For example, as a minimum, a charity with resident expats among its audiences and visitors can advise donors that they can accept tax-effective foreign donations.

Many organisations, however, will appeal to international audiences because of the significance and quality of what they produce, what they look after, or where they are. They can channel into the past memories and experiences of their overseas audiences, many of them repeat attenders.

For these organisations – and this category actually applies to a very large range of museums and galleries, performing arts venues and companies – international fundraising should really be considered. Then, the question is whether international fundraising means encouraging visitors or audiences from abroad to give locally, through a website or development office, or whether a fundraising campaign or ongoing effort is undertaken abroad. Or, of course, any combination of these.

Getting started with an International Plan

The first step to take is a lot of brainstorming. If you decide international fundraising is appropriate and practical for you, the next step is to draw up an International Fundraising Action Plan endorsed by your trustees and your leadership team. This needs to set out key conditions including:

In effect, your plan needs to set out all the elements that you put into any fundraising effort. The fact that you are looking for money overseas doesn’t mean you should ditch all your traditional fundraising skills. If you’re not careful international fundraising could prove both expensive and time consuming, but your Action Plan can ensure you avoid both of these.

The Case for Support

What absolutely doesn’t work internationally is to assume that those you are fundraising from will react in the same way as your local supporters. Cultural differences, tax differences and legal differences must all be considered. And most importantly: why any arts and cultural donor or sponsor overseas should support your organisation as opposed to something more local to them. This means stepping out of your local prejudices and looking at yourself as an outsider would see you.

All this means that above all you need to look carefully at your Case for Support to ensure it reflects the interests and sensibilities of those abroad as well as those at home. It may need to be changed for different countries or regions as well as different types of donors.

Understanding the tax implications in different countries can make a big difference. Most countries don’t allow tax breaks on donations to charities which operate abroad, even if the actual donation is to a local organisation. Some jurisdictions such as Hong Kong allow tax benefits for limited purposes, while others such as Canada allow them as long as the local charity partners with the foreign organisation in the use of the funds.

Both the US and UK allow tax benefits, in the US as a tax-deduction and in the UK through Gift Aid, so long as the donation is to a US or UK charity respectively.

Setting up a US tax entity (a US 501(c)(3)) has been de rigeur for many organisations for decades. In fact, at Chapel & York, organisations have come to us saying that because similar organisations have a 501(c)(3), they need one too. Fewer organisations have sought to establish similar arrangements in other jurisdictions even though being able to offer tax benefits (or in the UK, highly desirable Gift Aid) or creating a presence in those countries can be valuable.

I am not convinced that setting up your own dedicated entity overseas is necessary or even desirable. It means having a specific Board, bank account and regulatory requirements that you have to meet. If you are only using the entity to be able to offer tax-effective donations, is it worth dealing with all of those things? Overseas Boards are often seen as the brilliant group of committed individuals who will do the fundraising for you, but in practice this rarely happens. With proper training they could be turned into the asset you want, but by and large Board members aren’t fundraisers and they need not only training but also clear direction and close management.

Hiring and managing overseas staff to look after your overseas fundraising are other issues to consider. Only a small number of major arts and cultural organisations really need staffed overseas offices. Other options are now available. Using an organisation with local staff who can represent you at the cultivation, stewardship and event stages is a more cost-effective option. Having appropriate and achievable financial targets which everyone works to is also an absolute requirement.

The alternative to a dedicated entity is to use a local charity to accept donations on your behalf. In the US there are numbers of such bodies, including the Chapel & York US Foundation, CAFAmerica and King Baudouin Foundation USA. Outside the US, there are fewer such choices, with the Chapel & York Foundation being the only one that operates a network of  organisations covering a range of locations and jurisdictions. These intermediary organisations in effect ‘lend’ you their charitable status, leaving you to focus on doing the actual fundraising. Crucially you need to be comfortable with any organisation you work with as they will be receiving the donations intended for you!

Fundraising internationally can be vastly rewarding, not just in terms of donations but in terms of engaging loyal and sustainable constituencies of supporters who will often come back to support you time and again. To find out more, join us at International Fundraising Across Borders online: A specialist session on International Fundraising for Arts, Culture and Heritage Organisations goes live 20th November, and there is a 50% discount for ArtsProfessional readers.

Join Chapel & York at IFAB – International Fundraising Across Borders online – with 26 video sessions between 18th November and 20th November. This will be a unique event focusing entirely on fundraising internationally, with 45 speakers from around the world, including a specific focus on the experience of cultural organisations. Readers of ArtsProfessional are entitled to a 50% discount with the code ARTS50. Please look at chapel-york.com/IFAB.

International fundraising: is it right for you?