How can cultural districts be democratic?

If cultural districts are to operate sustainably they need to make sure the voices of all stakeholders are heard, says Beatrice Pembroke. 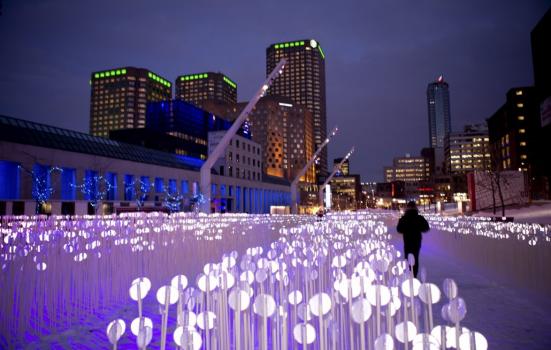 Who gets to decide how cultural districts – areas of a city with a concentration of cultural production and consumption – are designed and run? How do you ensure the right voices are heard: artists and cultural organisations, citizens and civil society groups, property developers and corporates, and urban planners and authorities? Whose interests should districts seek to serve, for what purpose, and how is the appropriate balance of power maintained?

Those cultural districts that have become global centres of tourism and economic activity, or been too dominated by local government, are having to rethink initial strategies

Cultural districts are still on the rise. AEA Consulting’s annual index reveals that billions are being invested in their development in cities globally. Recognised for their ability to bring economic regeneration, community confidence and artistic experiences to audiences beyond the four walls of a gallery or museum, they can also provide much-needed space for artists, makers and, indeed, everyone to reflect and create.

Selecting the right people and governance structure matters. If there is too much sway one way or another, the area can quickly lose relevance, resource or political status. Conversely, success can lead to other unintended consequences, pricing out the artists and local communities they should be serving.

There is no blueprint, and attempts to classify districts at a global scale have soon found that they are each distinctive. So where can we find inspirational principles and models? That was the impetus for the research we commissioned with our membership of district leaders.

The Governance Models of Cultural Districts report, written by James Doeser and Anna Marazuela Kim, and in partnership with Eastbank, surveyed 26 districts and looks in detail at six international case studies.

Governance models are often referred to as top-down or bottom-up, but there is actually a myriad of variance within that. The report looks at examples of each including:

Districts should also be guided by factors such as geographical scale, regional structural pre-conditions, sector-specific orientation and lifecycle of the cluster.

Quartiers des Spectacles (QdS) in downtown Montreal - home to high-performing cultural institutions like Cirque du Soleil and a thriving post-production movie industry - is often cited as a ‘model district’. The task was not to create a neighbourhood from scratch but to highlight assets and equip it to accommodate outdoor events.

The QdS Partnership was created in 2003 as a not-for-profit organisation and is responsible for animating the public spaces, hosting over 40 festivals each year and providing logistical support, coordination and marketing. The partnership is made up of 60 members and open to local businesses and organisations for a modest annual subscription fee.

The success of QdS seems to be down to its high degree of transparency alongside local political and commercial support. 80% of the revenue comes from Montreal City government, with the bulk spent on programming and commissioning. Most local arts organisations have a place on the board or on active sub-committees, although the partnership acknowledges that it could do more to represent the voices of artists. Generally, the leaders we spoke to wanted to reach out more to the private sector and individual artists, recognising they were under-represented.

Having considered these case studies and the latest literature, the authors of the report set out a recommended framework of principles, covering dimensions of leadership, strategy, operations and partnership, noting the vital role of local conditions and objectives. There is also much to learn from innovation districts, which are better evaluated and increasingly bring civic society into governance structures.

Recent work from the Brookings Institution outlines strategies that include building a collaborative leadership network across boundaries and different scales of organisations.

Spain has several models of experimental public engagement and is a leader in the civic commons agenda. It is also home to 22@Barcelona, the first dedicated innovation district which successfully integrated industry clusters with citizens, universities and government and promoted quality of life through ‘green’ areas. An exciting new example closer to home is Participatory City in Barking in London.

The influence of the UN New Urban Agenda is also clear in the latest thinking on cultural districts. Above all, districts must be adaptive and dynamic, advocating governance that is “networked across hierarchies and sectors, highly collaborative and responsive to the concerns of citizens and society”.

Those cultural districts that have become global centres of tourism and economic activity, or been too dominated by local government, are having to rethink initial strategies. The policy change our report signals, in cities from Seoul to Hull, is recognition of the need for devolution of power to local communities and democratic engagement with citizens.

There is much to gain – and to lose. The concerns across the global leaders I speak to recognise the blurring of public and private spaces, in both physical and virtual terms, the changing demographics of audiences and communities and the risk of creative silos and further alienation.

GCDN’s next research project will examine the social impact of cultural districts.

How can cultural districts be democratic?
The cultural map is being redrawn – but does it go far enough?