Funding ethics: what to do when crisis hits

In the ethical spotlight? Get on the front foot by appealing to values, says Kate Fielding. You need to explain what you’re doing and why. 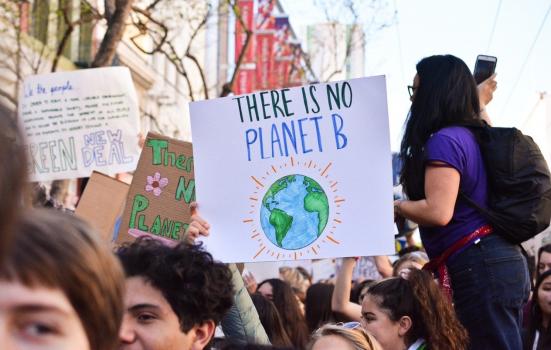 Ethics should be easy – after all, it’s just a case of doing the right thing. Where it gets tricky is squaring personal and organisational values, and navigating rapidly shifting societal norms on the one hand and economic reality on the other.

The past year has seen an intense focus on the ethics of arts funding. While leading organisations around the world refused Sackler money – and in some cases removed the name from galleries – the picture for ‘big oil’ was murkier. The RSC and National Theatre parted ways with BP and Shell respectively as protesters stepped up campaigns. But others including The British Museum and Science Museum mounted a robust defence of oil industry partnerships.

The slew of negative headlines has left many fearful of reputational damage. Beyond the ‘big three’ of oil, tobacco and arms there are plenty of other reasons for sponsors to land you in the spotlight, from junk food, gambling or alcohol to companies’ environmental, HR and investment practices. With scrutiny of arts sponsorship intensifying, is there a case for shifting the focus? Rather than asking how to avoid the risks, should arts organisations ask how they can set the terms of the debate – or even whether an ethics crisis could present a golden opportunity?

Why sponsorship hits the headlines

Sponsorship is a value exchange: museums and galleries get cash (or donations in-kind) to support their work, while sponsors receive a range of tangible and intangible benefits, from special access to a reputational boost and social ‘licence to operate’. Cultural institutions’ unique place in society makes them exceptionally well placed to deliver value to sponsors. For the same reason, feelings run high when they are seen to trade this position unethically by ‘greenwashing’ or ‘artwashing’ corporate reputations.

In her campaign against Sackler funding in the arts, the photographer Nan Goldin said: “What is the museum for? Art is transcendent and that makes it very, very dirty if they take the money; it’s failing the whole idea of a museum as a place to show art.”

The combination of high emotion, high profile names like Goldin, Mark Rylance or Ahdaf Soueif, and big cultural and corporate brands makes these stories grist to the mill for the media. So what can organisations do if they find themselves under ethical scrutiny?

1. Speak to your values

To get on the front foot, organisations need to be able to explain what they’re doing and why. While there may be a utilitarian case for accepting ‘bad’ money to do good (the ‘Robin Hood’ argument), it’s only by articulating a values-based argument that you can get out of reactive mode.

Some will disagree with its conclusion, but the position laid out by the Science Museum’s Ian Blatchford on working with extractive companies displayed a rationalist ethos and problem-solving mindset which fits the museum’s values, highlighting the industry’s potential to be ‘major players in finding solutions to climate change’.

Brand alignment also plays a big part – as evidenced by the discrepancy between the scale of protests against arms manufacturer Raytheon sponsoring an exhibit at the RAF Museum and those triggered by aerospace company Leonardo’s corporate hire at the Design Museum.

Strategies that focus on reputational damage rather than ethical positions should be urgently rethought – they won’t provide the tools to manage reputational issues, and create a liability in themselves.

Staff and trustees will be asked difficult questions in personal and professional contexts, so it’s important leaders have made time to communicate the position clearly to internal audiences. It’s the same case internally as it is externally: if leaders are seen to care more about possible reputational damage than intrinsic ethical issues, negative effects spiral. Taking an example from the charity sector, it was Oxfam’s bid to protect its reputation when safeguarding concerns emerged in 2018 that turned a crisis into an existential disaster.

3. Be clear about your audience

Beyond the institution, think carefully about who you need to talk to – and who you don’t. As Taylor Swift said, “haters gonna hate”. Focus too much on them, and you’ll end up fuelling the fire.

What do your visitors, supporters and wider public think? Their views are likely to be more nuanced than those most prominent on social media. Research for Arts Council England in 2018 showed public support for private sector funding in a time of austerity, and anecdotally audiences are often pragmatic about sponsorship. A down-to-earth and low-key message can resonate with this silent majority. But if opposition is coming from your core audiences, you’ll need to engage more fully with the arguments.

A crisis puts your organisation in the spotlight. If you’re bold and prepared, this can be an opportunity to get your message out on a national stage. Under attack in a section of the media for its overseas projects, the RNLI’s robust response saw donations surge as they spoke about why it was important, and why they weren’t backing down. In a funding row, be ready to explain the impact of your work, and any ways a sponsor or partner adds value beyond their financial contribution.

As arts partnerships continue to provide flashpoints for anti-corporate protest, some question how long sponsors and shareholders will see them as a good deal. With so much at stake, the sector will need to think smart as they steer a course through the reputational and funding challenges.

Funding ethics: what to do when crisis hits