A fairer Lottery – would it work here?

Elsewhere in the world national lotteries are being run in ways that don’t rely on the profits from gambling, while providing an incentive for businesses to pay their taxes. Are there lessons to be learned? Graeme Bennett looks at the evidence. 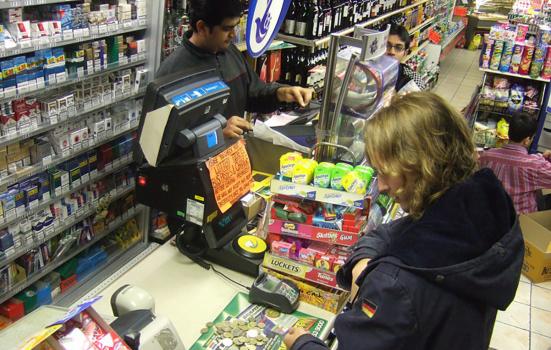 If ever there was a time that illustrates the value of the arts in society, this is it. Even as theatres, concert halls, cinemas and art galleries have been forced to close their doors, it is the arts that people are turning to for solace and an expression of our shared humanity. But in the aftermath of this current crisis there will be huge challenges for many industries. For the arts, one of the greatest challenges has been, and continues to be, the increasing reliance on lottery funding.

This is a good time to look again at the lottery funding model we have come so uncomfortably accustomed to – and change it.

Lottery funds have and will become increasingly stretched as our communities struggle to meet the needs of more and more people across multiple sectors – health, education, sport. This in itself creates a demand for lotteries to develop new and even more cynical methods to increase their revenues, which will inevitably perpetuate inequality and the exploitation of the poor and the vulnerable in our society.

Lotteries are essentially a regressive tax that relies on the profits from gambling, so in their current form they are bad for us all – economically and morally. Lottery executives and public officials need to understand the ethical and financial conundrum faced by the recipients of these funds and need to be pressed to create an alternative revenue source that does not specifically target those that can least afford to gamble.

Although Lotteries are deeply embedded in society, they don’t all operate in the same way. The model used in the UK is by no means the only one. So at this pivotal point in time, when government funding for culture looks increasingly precarious, it’s well worth examining whether the lottery could be run in a different, more ethically acceptable way.

Government run ‘receipt lotteries’ are one such alternative model. The idea of a receipt lottery is to incentivise consumers to ask for receipts, forcing sales to be recorded and taxed, rather than operating in the black economy. A line of lottery numbers or a linked code is printed on each sales receipt for the consumer to check (which can now be done online) to see if they have won a range of cash prizes. In countries where cash is king, receipt lotteries are seen basically as a tax gatherer and a means to keep retailers paying their appropriate VAT or equivalent.

The first receipt lottery, called the Uniform Invoice Lottery System. was established by the government of Taiwan in 1951 to deter retail businesses from taking cash-in-hand and evading their tax responsibilities. In its first year, the Taiwan Receipt Lottery saw sales tax revenue increase 75% from £750k to £1.3m, and now, the popular lottery offers prizes worth over £250k every month, ensuring consumers continue to line their walls with receipts.

Currently there are 7 working receipt lotteries including Taiwan, Brazil, Slovakia, Portugal, Poland, Malta, and more recently Latvia, all with varying degrees of success. In South Korea, a cash receipt lottery was organised for several years but was discontinued in 2010 after user involvement reached a desirable level.

In Sao Paulo, Brazil the Nota Fiscal Paulista (NFP) program began in 2007. It increased associated business revenues by 23% over four years, has a high degree of tax compliance, has had 19 million registered participants, processed 54 billion tax documents, and returned the equivalent of £2.5bn to its participants, plus a 30% rebate on all the sales taxes paid. (For example, if at the end of the year you have spent £1000 + £200 VAT, there would be 30% rebate on the VAT, worth £60).

Malta’s Fiscal Receipt Lottery is operated by the same a privately-run company that operates the rest of its national lottery. The receipt lottery has been operating successfully there since 2008, covering its costs using a small percentage of the revenue from the other Lotto games. The funds raised by this unified approach are distributed through to Malta’s Good Causes Fund.

There are other variations of ownership and governance but receipt lotteries all retain a high degree of participation, and unlike other forms of lottery generate zero issues with problem gambling. They also serve a purpose in reducing tax avoidance, eliminating fraud and aiding VAT revenue collection. But does this high engagement revenue collecting compliance machine hold any potential for funding the arts in the UK?

The underlying principle and popularity of receipt lotteries is clear, so that would suggest yes. But one of the major drawbacks is that all revenues generated from VAT via a receipt lottery would go directly into the government's collective coffers. The value of the extra taxes raised in Brazil is such that the government has a big incentive to give a rebate, but this doesn’t have to be the case: receipt lotteries do not have to depend on governments giving up their tax revenues, or businesses losing out – in fact quite the reverse.

Retailers who join the scheme would benefit by attracting more customers, and like the UberEats model, would pay a very small fee on transactions made at point of sale, online or on-account. If you incentivise the retailer and consumer, make it a bit of fun and introduce a few technological improvements, a version of the receipt lottery could potentially be part of the UK arts funding landscape.

Our research into the success of government run receipt lotteries and the growing movement towards compassionate social responsibility and reciprocal altruism suggests that now is the time to create a more integrated model for lottery – one that could, as in the case of receipt lotteries, use the promise of free-to-enter lottery in a way that benefits lottery providers, businesses, consumers, government and our communities, and delivers returns that will contribute to funding of the creative arts.

The emergence of the global citizen whose interests and concerns expand beyond their immediate community suggests a unified (not uniform) lottery could have significant social impact. It could be both altruistic and practical, allowing consumer and retailer alike to be part of a solution to the growing divide between the ‘haves and the have-nots’, and using the current economic system to generate revenue without the need for increased taxation.

A unified lottery could empower people – the creative collective, the community and all consumers – by harnessing their influence to bring about positive change thus increasing compassionate social responsibility across the board. It would allow consumers to leverage the reward that businesses desire: customer loyalty and increased market share. This in turn can encourage businesses to adopt new practices, and integrate advanced technologies, routines and rewards that will positively impact society and the environment – the new ‘normal’.

For several years the Point Chevalier Social Enterprise Charitable Trust has been researching lotteries worldwide to address the problem of arts and community organisations' reliance on funds received from the profits of gambling. This has led to the development of SPIRIT, software that can be adapted to any retail or online payment mechanism to release the potential for operating receipt-style lotteries and delivering a significant and sustainable new pipeline of unencumbered funds for the creative communities.

A pilot programme is ready to run. The SPIRIT app will be free to download by consumers, and the software embedded application will be free to upload for businesses to integrate with their systems. But it can only be achieved when a country's Lottery provider approves the programme for use. Is now the time for this barrier to finally be broken down?

Graeme Bennett has worked in the arts sector for 25 years. He has been working in collaboration with the Point Chevalier Social Enterprise Charitable Trust to develop the concept and technology for SPIRIT.
graeme@heebee.com
@graeme_bennett

A fairer Lottery – would it work here?