Lottery funding distribution must be ‘returned to the people’, say campaigners

A new paper says that it is only by ‘rebalancing’ cultural funding from arts councils to local groups that cultural democracy can be achieved. 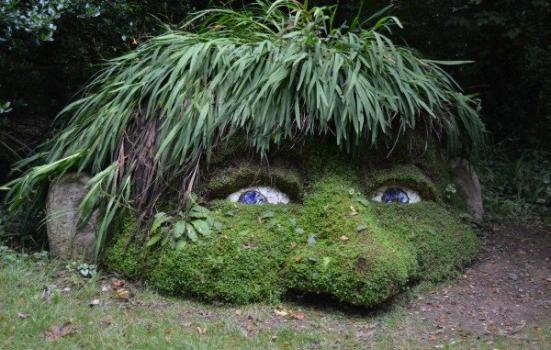 Art in Cornwall, which campaigners estimate would receive £600k in lottery funding under their redistribution plans
Photo:

Responsibility for distributing lottery funding should be taken away from the UK’s arts councils and “returned to the people”, campaigners have urged.

The Movement for Cultural Democracy is calling for local groups to be given control over how the money raised through the National Lottery for ‘Good Causes’ is spent, saying this would ensure a “fair and equitable” access to cultural resources and prevent decisions being made by “anonymous and unaccountable quangos”.

A new briefing paper argues that the current system – which hands responsibility for lottery funding decisions to “centralised and top-down” agencies such as Arts Council England (ACE) – makes it “increasingly difficult for local communities, arts organisations and artists to access funding”.

“We argue that a people-powered cultural democracy can only be achieved if there is a significant rebalancing of cultural funding,” the group writes.

“What is currently a regressive form of taxation will then become a more progressive one whereby those who contribute most – the poorest communities – can receive the most in return.

“Meanwhile, those that contribute the least – the wealthier areas – will receive less than they currently receive.”

The paper says that ACE and the Heritage Lottery Fund together have an annual income of over £500m, “or almost £10 per head of the population”. It estimates that if this was devolved to local level, a cultural budget of £27m would be available each for the West Midlands and Greater Manchester. It adds that £14m would be available for both Liverpool and Sheffield, and £0.6m for Cornwall and Scilly.

To test the idea, the paper calls for a pilot programme at combined authority, city or community level – perhaps run online – saying “we are interested in discussing this further with anyone interested in developing this concept”.

“Funding at this scale could both restore local cultural infrastructure decimated by austerity and make a transformative difference to some of the most challenged communities in Scotland, Wales, Northern Ireland and England,” the briefing paper reads.

Stephen Pritchard, an academic researcher and member of the Movement for Cultural Democracy, said this would empower communities to make decisions such as choosing between improving a local sports pitch or backing a local arts project. He told AP he had been challenged by an arts organisation, when previously presenting the idea, on whether communities would make the ‘right’ spending decisions. He replied that it was no clearer whether arts organisations were making the ‘right’ decisions for local communities, and that if particular arts projects were not selected, it may be that they did not fit local needs.

Pritchard said the decision-making model in each area would be bespoke, to fit local community needs, and could be developed in partnership with interested groups of any size – including arts councils, community groups and local or national authorities.
The paper comes amid growing interest in class bias in the arts. A recent evidence review commissioned by ACE found that supported programmes mostly cater for – and are attended by – people from higher socio-economic backgrounds. MPs have also signalled an interest in class barriers, with one all-party parliamentary group recently launching a new inquiry into the ‘class ceiling’ in the sector.

To back up its arguments, the new briefing paper makes reference to the ‘additionality’ principle – which holds that lottery funding should be used to complement activities already supported by the Government, rather than simply act as a substitute for taxation. Pritchard said a serious conversation needs to be had about whether all lottery-funded projects are truly ‘additional’ and whether funding decisions are being made in the interests of local communities.

“It’s our money and it’s our arts and culture,” he told AP. “Why should anyone else decide how that funding is distributed?”

The Movement for Cultural Democracy was created in 2017 but was solidified in the aftermath of ACE’s decision to publish a ‘practical guide’ to cultural democracy – a document heavily criticised for the way it was seen to appropriate and dilute a long-running radical movement, and deny the egalitarian nature of the concept.

Pritchard said further briefing papers will be released in the coming weeks, focusing on topics including ‘working class women and culture’ and ‘regenerating regeneration’. A wider manifesto, with a list of agreed policy points, will be released in January and distributed to politicians.

When asked whether ACE is open to a discussion about new ways of distributing lottery funding – in particular the idea that responsibility for distribution could be devolved to local decision-making groups – an ACE spokesperson pointed AP towards its 10-year strategy consultation, which is accepting responses until the 2nd January.

“We regularly engage the sector and public about all aspects of our work, and are open to all discussions about how cultural activity in England can and should be supported,” they added.

“We would encourage the Movement for Cultural Democracy to participate in the online consultation to ensure that their ideas are taken into consideration.”

The publication of the paper comes amid a slight relieving of pressure on National Lottery operator Camelot, which has announced a small uptick in returns to the arts – delivering £30m more this year than the year before.

The Gambling Commission recently began seeking bidders for the contract to operate the National Lottery from 2023 – a competition which Camelot will enter following a period of considerable turbulence. Last year it was revealed that its shareholders’ profits had risen by 122% between 2010 and 2017, whilst returns to Good Causes had grown by a meagre 2% - despite its most recent licence being won on the strength of promises to increase returns to Good Causes.

Labour councillor Steve Trow – a key author on 2014’s PLACE report on the redistribution of lottery funding – told AP earlier this year that in order for trust to be restored in the game, the National Lottery must be returned into public ownership.