As she steps down as Editor of the cultural policy journal Cultural Trends, Sara Selwood takes a long hard look at the way the sector has developed – and tells it like it is. 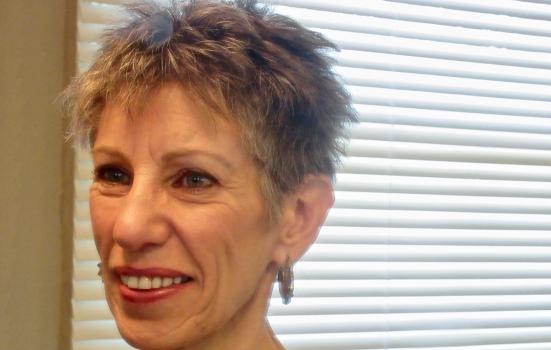 Reflecting on a career in the cultural sector not only evokes memories but also invites comparisons between then and now.

Many of the changes I’ve seen have been to the good. Sexism is less rampant, organisations are more committed to engaging their communities, support for the sector has increased, and the public has many more opportunities to access and participate in the cultural offer.

But other developments are more problematic. Creating equality of opportunity, contributing to social diversity and providing learning for all are a long way off being standard priorities. Internships, volunteering and the use of zero-hours contracts have become associated with exploitation, and many publicly funded organisations still have divergent artistic and managerial aspirations.

For me personally, the highs of working in the sector have always been associated with creating something and enabling things to happen – for example, curating exhibitions and contributing to developments in cultural policy. When I worked in galleries I was intrigued by what was being funded and the ways in which certain policies could be seen to be shifting the nature of the visual arts. What I was really getting caught up in was how the cultural sector’s politics worked. Getting a job in a multi-disciplinary think-tank some time later introduced me to a range of research methods and approaches that suggested ways to scrutinise the sector and interrogate the implications of its funding initiatives. Even after all this time, I’m still fascinated by the potential for evidence to inform policy.

These days a fairly consistent low is how research, consultancy and advice can just disappear into a black hole – even when they’ve been specifically commissioned to address a particular problem. Many arts organisations and museums are looking for advocacy rather than analysis, and prefer to stick to what they know than commit to change – however detrimental that might be in the long run.

Observations and advice from outside, especially if it’s been foisted on them by funders, aren’t always welcome. Some organisations generate data as a necessary requirement of their funding agreements but regard it as superfluous to their own needs. Despite the sector’s dedication to communication, this suggests that its various constituencies – artists, civil servants, managers, volunteers and trustees – sometimes still operate in siloes and at odds with each other.

The lowest point of my own career was probably in the late 1980s, when, during a live performance, the artist Stuart Brisley set fire to London’s AIR Gallery, which I ran. It wasn’t so much the fire that bothered me, as much as the capriciousness of its happening. I can explain my responses to that better now, some thirty years later, than I could at the time.

In those days it was tacitly understood that artists – particularly those involved in performances, installations and site-specific work – would be granted considerable, if not total, autonomy. The value of their work was largely synonymous with its individualism, and public sector galleries provided spaces where that could be nurtured. It's conceivable that that degree of self-determination might have been regarded as partial compensation for the derisory rate of artists’ fees.

Gallerists’ ‘belief’ in the artist was taken as read: their job was to commission artists, support them, generate funding for their work and assume responsibility for any risks associated with it. But since the ethos dictated that you were committed to working in the arts because you loved them, people employed in the sector were open to exploitation. With curators tending to bask in their artists’ auras, formulating, let alone verbalising, a critique of the work they’d been intimately involved in was implicitly discouraged.

In retrospect it’s evident that that culture reflected the gender imbalance between gallery staff (predominantly female) and artists (predominantly male), and it explains how professional relationships between the two easily segued from the supportive to the servile.

Looking back one thing I realise is that people whom I hardly knew and had only passing acquaintance with were often kind, encouraging and extraordinarily supportive: they opened doors for me and made all sorts of things possible. Another is that I’d always imagined it would be possible to make a difference to organisations, to their publics and to policy development.

In my naivety I never realised that such ambitions would be especially hard for anyone working independently to realise. The sector was always hierarchical, and over the course of my career it’s become conspicuously more institutionalised. Influence is almost exclusively cultivated by, or within, the establishment - indeed, individuals have made their reputations by pursuing particular publicly-funded initiatives, despite not delivering on their promises. Networking and charisma play an important part in contributing to cultural policy initiatives.

I’m consistently struck by how long it takes for changes to take hold across the subsidised cultural sector. It's really resistant to delivering on its rhetorics – not least, in relation to equality and diversity, resilience and sustainability. The sluggish delivery of policies and initiatives introduced in the 1980s testifies to that. For example, as long ago as the mid-1970s the then Arts Council of Great Britain (ACGB) was supporting initiatives that exposed the exclusion of “ethnic minorities” and lack of “cultural diversity”. Not enough has changed in the intervening 40 years. By definition, ACE’s current assertion that “equality and diversity should be embedded in all aspects of art and culture” acknowledges the continuing social stratification and the persistent underrepresentation of people from diverse ethnic backgrounds in the organisations it supports. Perversely, the different religious cultures that are regarded as characterising those ethnicities are rarely, if ever, considered.

ACGB also recognised - some 30 years ago - that arts organisations needed to develop their businesses. Its stabilisation scheme (1986) was devised to support long-term creative and financial stability at a time when public funding was unlikely to increase, and generating income and attracting private sector support were more challenging than they had been before. Despite major injections of capital funding and increased revenue support in the intervening years, the same conditions continue to exist today. And, yet, ACE is still having to persuade its funded organisations how important it is to make themselves resilient.

ACE’s environmental programme, which encourages the creative sector to raise awareness of, and to act on climate change, came later. The agency prides itself on having been the first cultural body in the world to promote action on environmental sustainability. That was in 2012. By then DCMS and its predecessor department, the Department of National Heritage, had already been expected to account for their environmental management for over a decade. The fact that the Department has been so poor at rallying its forces on this issue is hardly surprising given its priority of promoting Britain ”as a fantastic place to visit”. For what it’s worth, the House of Commons’ current inquiry into sustainable tourism is being led by its Environmental Audit Committee, rather than the Digital, Culture, Media and Sport Committee.

While objections to unethical sponsorships have become increasingly trenchant, opposition to BP was being voiced in the 1980s, if not earlier. Recent objections to support based on profits from OxyContin recall concerns about tobacco some 30 years ago (which the British Museum – possibly uniquely – continues to resist). In the event, the arts institutions and museums that recently renounced, or are currently surrendering certain sponsorships, are more likely to have been influenced by campaigning organisations and the impassioned insistence of a single 16-year old from overseas than by our own state agencies.

From self-promotion to shared experience

I believe that publicly funded organisations’ desire to change, and their agility to do so, are being hindered, not facilitated, by advocacy. The culture of self-promotion that burgeoned under New Labour has affected the sector from top to bottom. It encourages evasive reporting, stifles admissions and discussions of failure, inhibits learning and disavows responsibility. It's understandable – no-one wants to admit to or attribute blame, especially when funding is involved and organisations’ standing may be damaged. But if the sector is really as insistent on innovation as it maintains, experimentation will require analysis and the sharing of experiences across the sector.

Sara Selwood has worked in the publicly-funded cultural sector for over 40 years in various capacities, including Editor of the cultural policy journal Cultural Trends since 1996. Having started out as an artist, she was an art historian and gallery director before becoming a cultural analyst and working as researcher, editor, academic and consultant.