Funders are putting BAME artists under increasing pressure to explore sensitive topics from their own lives or communities, but leave them unsupported to deal with the consequences of sharing their stories more widely. Ranjit Khutan calls for a more ethical approach. 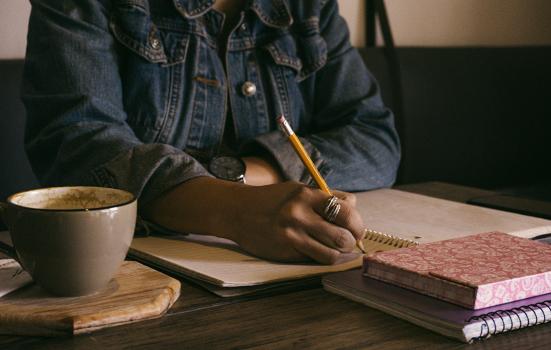 I began writing for stage and screen in the late 90’s and as with all new writers I read widely, saw as much as I could and took on board the advice I was given by other established writers: write about what you know and what matters to you. Back then I was one of very few young British born Indian writers and very little of what I saw on stage or screen reflected my life, or that of my friends, family or community, so I was interested in creating characters and writing stories that reflected me and them. There was much to draw upon and share through my work, and as much of what I was writing about was new to audiences I didn’t have to explore sensitive issues to win commissions or get my work produced.

I was working in public health at the time and began to use writing to help individuals and communities share their stories and deal with issues that affected them. I secured funds to work with ‘hard to reach’ BAME communities but funders quickly began to ask me to work with more challenging issues – examples included LGBT+, domestic violence, mental health and British identity in the South Asian community. I noticed that projects which focussed on these issues gained greater attention for funding, so I responded to this demand and began to push at the boundaries of what I was comfortable sharing.

As a result of my writing, I was invited to evaluate and asses artistic practice and mentor other BAME writers and artists. I have had the pleasure of seeing more BAME artists enter the field, but I am increasingly concerned at how they are being treated by those funding their work. BAME artists are increasingly exploring their own lives or those of their communities; this is encouraged by funders who are interested in supporting work that they feel has an appeal to BAME audiences, and by artists themselves who are seeking more challenging and sensitive topics to stand out in an increasingly competitive industry.

Whilst this is great and reflects one of my own motivations as a writer – to show more people like me in stories and on stage – it is also dangerous, as many artists may not be prepared to deal with the impact this may have on them or their communities, or have the support to help them make sense of what they may uncover. This has led me to call for more ethical funding and for BAME artists themselves to be more aware of the ethical impacts of their practice when they research and then present their work.

In my experience, funders pay little attention to the harm that can be caused both during the process of research and when stories are shared with wider audiences. In a typical research process, BAME artists may speak to community members and ask them to share stories, photos or personal objects; and/or artists may reflect on issues in their own lives that they may not have previously given much thought to. Funds are not provided for professional support and artists are often left to rely on friends and family members to help them deal with difficult issues that they did not appreciate would emerge through the process. Many are left scarred and damaged by having to face these without professional support.

Non-BAME artists are also affected, but to a lesser extent because they are generally not asked to explore sensitive issues relating to their identity or experiences. For example, a writer I was mentoring told me that a funder told her that her idea for a post-Edwardian historical drama, in the genre of Downton Abbey, would not appeal to audiences if it was written by an Asian writer, and she would stand a better chance of funding if she wrote a story about her life with her Muslim female partner she has kept secret from her Sikh family for 10 years. She was tempted to do this until we discussed the impact this could have on her and her family.

Another friend secured funds to write a play about his life growing up in the 1980s, his father’s alcohol abuse and his mother’s mental health. Revisiting these issues was challenging, not only for him, but for members of his family who did not want these stories shared in public. Motivated by the need to get noticed, and because this was the only idea the funders were willing to fund, he pressed on with his work. Following backlash from family and friends he was left to deal with his feelings without family or professional support. This led him to become isolated and then severely depressed.

These examples demonstrate a need for better ethical practices to be employed by funders and artists. Ethics are defined as the moral principles that govern a person's behaviour or the conducting of an activity; and in research there are four basic principles that I suggest can be used in the arts to assist, and protect, the funder, the artist and anyone else involved in the process:

The last two points - to do good and do no harm - are the main ethical principles that should be considered in all practice.

At a very basic level artists should obtain consent from those sharing their stories or ideas and this is especially important if they are highlighting issues about vulnerable populations or if they are sharing stories gained from family members or friends. Those sharing their stories and ideas with the artist should be given the right to withdraw any information they have shared and artists should be clear at the outset about how it will be stored and for how long and how it is used (e.g. is the story used in one project, or in many, and who retains the ownership of it?).

Ideally work should be supervised by someone other than the funder – a supervisor, an evaluator or an advisory team should be in place. Funders have an ethical duty to provide a suitable level of funding to ensure the artist can produce great and engaging work and through adoption of these ethical principles I suggest adequate funding should also be provided for support so that the potential harm to both the artist and any community is considered and minimised.

Ranjit Khutan is Head of Department for Public Health at the University of Wolverhampton. He is a writer for stage and screen and an evaluator for arts and health projects; his PhD explored the use and effectiveness of the arts in public health practice.

Surely true equality is when all things are equal. When a white writer can write a story about slavery and be taken seriously, when a black writer can write Downton Abbey (or similar) and be taken seriously. A man can write a moving film about motherhood, a woman without disability can write about male suicide. Noone should be forced to create art only within the labels society has given them. Or to reveal, through their art, parts of their lives they aren't comfortable with. Funding bodies should be ashamed of themselves. They should trust that an artist is capable of the research that informs their art and doesn't have to have lived it. They should also give more credit to the audiences who just want to see, hear, watch and be informed by great art made by talented people. I'm pretty sure no one told M Night Shyamalan he couldn't make the Sixth Sense because he hadn't experienced being a white ghost or Shakespeare, Romeo and Juliet because he hadn't been an Italian teenager in love.