Poor fundraising tactics have brought shame on the sector, says Michelle Wright. Change is needed, but is a new regulator really the way to go? 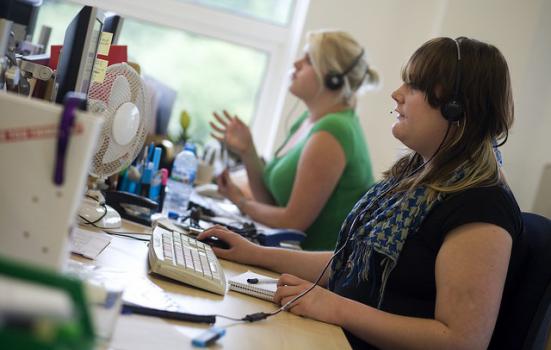 Fundraising can be the most brilliant profession. If you are raising money for a cause that you believe in, there is nothing like the buzz of it. And the current state of the economy has meant that fundraisers require even more ingenuity. It’s a profession not for the faint-hearted for sure, but for those wanting a challenge, what could be more exciting? Yet it has been a rough few months and as we see more scandal and problems come to light, I wonder just where we go from here. The issues related to fundraising practice started in June this year when stories emerged questioning the fundraising solicitation tactics of some of the larger charities. The reports related to Bristol-based Olive Cooke, the 92 year old, who allegedly committed suicide because charities had been pursuing her for money. Since then, even more alarming stories have started to emerge, specifically in relation to telephone fundraising organisations and their tactics. So concerning have been the undercover investigations led by the Daily Mail that we are now faced by the results of a quick Government review led by NCVO chief Sir Stuart Etherington – with new legislation on the way.

If you know that you are bending the rules and exploiting potential or vulnerable donors, then it’s time to withdraw

Such practices have brought great shame on our sector and we need to see radical change. However, I have profound reservations about Sir Stuart’s remedies. In a decidedly political pitch, the fundraising regulation report misrepresents the current system and in my view offers a rose-tinted view of state-sanctioned self-regulation in other industries. For example, if there is one thing that donors dislike more than being pestered by fundraisers, it’s seeing wasteful duplication. So it seems rather crazy that the review looks set to replace the current Fundraising Standards Board (FRSB), which many arts organisations are signed up to as a measure of good practice, with a ructious copycat.

I’ve been no champion of the decade-old FRSB. We should be honest about its lousy start. It launched late due to a lack of big members, and its constitution, which was described as “rubbish” even by supporters, was not actually self-regulation by members but subscription to a tribunal of the worthy. Yet Sir Stuart, and any impatient politician thinking of adopting his recommendations, is badly underestimating the difficulty of setting up new regulatory institutions (as any observer of post-Leveson press regulation would conclude). In my view, the best ideas in the review could easily be invested in a revamped FRSB. Eschewing fines (which only ever harm beneficiaries) is wise. Putting erring trustees and directors on the hook for compulsory training, public censure and ‘cease and desist’ orders will drive leaders to take charge of all of their fundraising methods. And adding accountability to a select committee of Parliament is easily achieved. Instead, we face the uncertain prospect of a new entity “building its own reputation as a strong regulator”, making its presence known in front of expectant politicians and the public. Expect overzealous measures and set-piece show trials. And such a body will take a significant time to establish – and given the need to urgently protect public confidence in charities, this is time that we can ill afford.

Similarly, the proposal for a fundraising preference service in particular ratchets up expectations that members of the public annoyed by a fundraiser enjoy an inviolable right to not be interrupted. Not only is this profoundly illiberal, it is practically unworkable – as anyone who has received a market research call or robo-message knows of the current statutory telephone preference service. And as we know, nothing is more likely to undermine public confidence more quickly than making promises you can’t keep.

So what do we do? Do we tar all arts and charity fundraisers with the same brush? Do we flagellate the good work of charities for the greed and underhand tactics of a few? And what should charity CEOs and their fundraisers be doing to protect their reputation, their ethics and the causes that they represent? The following are some suggestions:

We’re now facing a dangerous situation of further government regulation in this area. And with the EU’s Data Protection Directive also on the way, with donors needing to opt in to be contacted, as well as the ‘right to be forgotten’ legislation where you can be removed from charitable databases forever, then radical change is around the corner. I fear that Sir Stuart’s plans have added little but an entitlement never to be bothered, which could signify a death knell for many arts organisations and charities that are looking to achieve the ultimate goal of any good fundraising – encouraging donors to give over a long period of time.

Michelle Wright is the Founder and CEO of fundraising and development enterprise Cause4 and is Programme Director for Arts Fundraising and Philanthropy.
artsfundraising.org.uk

Arts Fundraising and Philanthropy has a range of one-day Essential Fundraising Skills training courses available between December and April.

Wooing the young billionaires
The crisis in arts fundraising talent
Is it time to reimagine the trustee board bank?
We need to work harder on donor diversity
Are you sitting too comfortably?
Big vision
The elephant in the room – should trustees be obliged to give?
How to… develop a fundraising strategy
How bad is bad?
How to… get the culture of your organisation right