The elephant in the room – should trustees be obliged to give?

Should trustees on arts boards always be expected to give a donation, as is commonly the case in the US? Michelle Wright weighs up the pros and cons of this thorny issue. 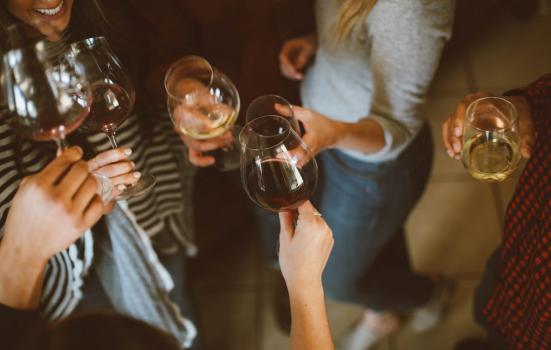 There is nothing in the Charity Commission CC20 guidelines for trustees that outlines that trustees should give money as well as support fundraising. However, in this tough financial climate – and with more and more competition for funds – support and engagement in the fundraising effort by trustees can be the difference between success and failure in the delivery of fundraising strategies.

The expectation about board giving comes mostly from our American colleagues. American charities are much more explicit about what they expect from their trustees: patronage, generosity and connections. To be a trustee of a major arts organisation in the US requires serious six figure plus patronage.

Yet in our endearing Britishness, UK charities find it an awkward issue to discuss. And in my own practice I see much bad practice. We’ve probably all witnessed a clumsy ask by a fundraiser or CEO to trustees.

I’ve recently been at board meetings where the trustees who are not giving have been publicly named and shamed. I’ve also seen a major arts board spring the expectation of a £10,000 donation on trustees (or to raise the same sum) without any prior discussion or preparation. Similarly, a dance organisation managed to alienate the whole staff team by committing trustees and staff to all become friends of the organisation - and then trustees seemed to completely forget that obligation.

As in any polarising debate, there are arguments for and against.

The pros are that trustees demonstrate publicly their passion and commitment to the charity. Giving time is one thing, but supporting financially reveals a different sort of allegiance. It gives a huge vote of confidence and support to the charity’s overall fundraising effort. It also affords trustees the chance to experience at first hand how that charity engages with supporters. The mystery shopper experience can be a superb way to oversee your fundraising effort. However, probably most powerfully, being a donor yourself is a formidable tool when meeting other funders and asking others to donate.

The cons usually revolve around the role of governance. The Charity Commission 2017 report Taken on Trust outlines that in about 80% of charities, trustees play both a governance and an executive role, estimating that the annual value of the time that trustees spend on their duties is £3.5bn. This is a huge investment in time already and leads to a school of thought that trustees shouldn’t have to give as well.

Additionally, it can lead to conflicts of interest if the trustees that give have expectations about how their money will be used, with the potential that they then wield undue influence that can imbalance board decision-making. Trustees that are also givers can feel they have more authority than others. Additionally, executive teams that are scared to lose funding from trustees can inadvertently create a board dynamic that becomes unhealthy.

At a time when we are desperate to ensure better board diversity, it can also be a source of tension if some members of the board are able to flash their cash and others can’t. If trustee giving is encouraged it should be done within one’s means and managed sensitively. It certainly shouldn’t preclude access to trustees without means.

As part of our role within the Arts Fundraising & Philanthropy programme, we want to encourage a better culture and attitude in relation to trustee giving. As such, we apply the following guidelines:

And finally, if trustees do give, then whether we like it or not we enter a donor relationship. Too often executive teams forget to thank trustees in the way they would thank traditional donors. As with any donor, we need to treat trustees right. If they give, then thank, thank and thank again.

This article is part of a series of articles sponsored and contributed by Arts Fundraising & Philanthropy.