70 years after public money was first put towards increasing the accessibility of the arts, Steven Hadley asks if it’s a never-ending task. 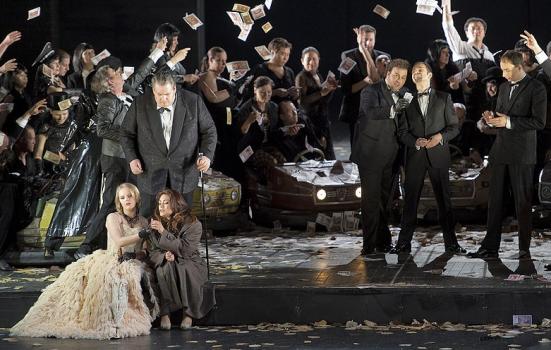 It was in 1946 that George VI granted a charter of incorporation to the Arts Council of Great Britain for the twin purposes of “developing a greater knowledge, understanding and practice of the fine arts exclusively” and “in particular to increase the accessibility of the fine arts to the public”.

So from the vantage point of 2016 we are able to reflect on a history of 70 years of public subsidy for the arts. Although such anniversaries rarely offer anything more than symbolic value, in this case it provides pause for thought about the long-term direction of travel and a moment at which to assess achievement in the light of the original ideological intent.

Inherent in the idea of Arts Council-led public subsidy is a moral imperative to ensure democratic access to the arts and culture being funded – a ‘democratisation of culture’. This ideology has manifested itself in a number of documents, from Jennie Lee’s A Policy for the Arts – The First Steps back in 1965, to Arts Council England’s (ACE) Great art and culture for everyone in 2013. In practice, this has meant many things, from touring national companies and building regional venues to funding for community arts and audience development.

Most recently, the ideology of the democratisation of culture has appeared in the new DCMS Culture White Paper with its language of “reaching out and increasing access”. As the first arts policy in more than 50 years (and only the second ever published) DCMS describes the white paper as ground-breaking. What it certainly is not, however, is paradigm shifting.

Despite much laudable talk of availability and access, the true beneficiaries of public funding for culture still constitute only a small minority. Well over a decade ago, the academic Eleonora Belfiore wrote: “…the fact that so much of public money goes to art forms, the consumption of which is effectively still the preserve of the well-educated and the relatively wealthy (after over 50 years of “pro-access” policies) is undoubtedly a source of unease.”

ACE noted some years later: “…even if we were able to eliminate all the inequalities in arts attendances associated with education, social status, ethnicity, poor health and so on, a large proportion of the population would still choose not to engage with the arts.”

Last year the Warwick Commission’s report on the Future of Cultural Value offered a new segmentation of cultural consumption based on Taking Part data which showed that the two most highly culturally engaged groups accounted for only 15% of the general population and tended to be of higher socio-economic status.

The wealthiest, better educated and least ethnically diverse 8% of the population formed the most culturally active segment of all. Between 2012 and 2015 they accounted (in the most conservative estimate possible) for at least 28% of live attendance to theatre, thus benefiting directly from an estimated £85 per head of ACE funding.

This, to quote the Warwick Commission report, “suggests that low engagement is more the effect of a mismatch between the public’s taste and the publicly funded cultural offer – posing a challenge of relevance as well as accessibility.” As Robert Hewison bluntly notes in his book Cultural Capital: The Rise and Fall of Creative Britain: “The majority of people are not taking part.”

To be fair to ACE, it recognises that there’s more to do. It’s a viewpoint that strongly implies that ACE sees democratisation as a process, and one that may take a very long time, if it can in fact ever be achieved at all. In this sense, democratising the arts has become the painting the Forth Bridge of cultural policy. The question is whether or not that’s acceptable.

DCMS states that its new White Paper “sets out an expectation for the first time that every government-funded museum, theatre, gallery, opera house and arts group should reach out to everyone, regardless of their background”.

This appears as either a tacit admission that the previous 70 years of the democratisation of culture was a bit of a sham, or as a failure to understand that what is described in the Culture White Paper is already enshrined in the 1946 charter.

Set alongside imbalances in the geographic distribution of funding, discussed in the RoCC Report, the apparent failure to extend equality of cultural opportunity to all sections of society is now being referred to by commentators as ‘cultural capitalism’.

This begs the fundamental question of how much longer the current system of arts subsidy can be considered legitimate. There are, however, promising signs. From one perspective, ACE’s Creative People and Places could be construed as an approach grounded in ideas of cultural democracy – that is to say, in a bottom-up, participant-led cultural process.

This is not to suggest that these ideas are new (JA Simpson wrote ‘Towards Cultural Democracy’ back in 1976), but rather that after 70 years perhaps their time has come round again.

Steven Hadley is a postgraduate researcher at Queen’s University Belfast and an arts marketing and audience development consultant.
Tw @mancinbelfast

As an artist in America, I can't speak to the U.K.'s programs, but just in general want to comment. I side with the many, your own Jeanette Winterson included, who believe that those passionate about art of any kind form an elite, yes, but a self-selecting elite, and that the arts that seem the province of the middle and upper classes are only so because of the extended financial comfort and access to leisure of those groups, not their inherent sympathy or passion for the arts. We in the arts need them for support, of course, but they aren't the core group to be valued above all. True exponents of the arts, whether as audience or practitioners, come from all classes, and even so they are rare enough. But all need access. St. Exupéry spoke in an essay of "Mozart assassiné," basically meditating on a Polish peasant boy he saw in a train, whose possible genius he realized would never be realized merely due to his low birth. If public outreach programs could raise up even one 21st century Britten or Elgar or Vaughan Williams, I say, it is money supremely well invested. So let the conversation be about the how, not the whether.