Cutting through the noise

Many organisations are struggling to attract income during the pandemic. Merrin Kalinowski and Nathaniel Hepburn explore how crowdfunding can help realise your ambitions. 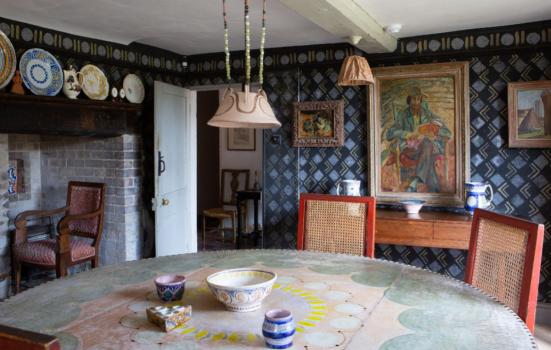 The dining room at Charleston
Photo:

The pandemic has undoubtedly hit museums hard, few more so than small organisations like Charleston in Sussex. Like most of the sector, Charleston doesn’t have a large pot of back up funds and being closed makes income generation almost impossible. The ability to open with social distancing during the summer months was not available to organisations with small spaces. Donations have never been more important, but how can you cut through the noise to attract them to your organisation?

Nathaniel Hepburn, Director and Chief Executive at Charleston, said this was exactly the challenge they faced. The pandemic put the charity in a critical position: it was unable to open and forced to cancel its annual literary festival, which generates a lot of income. After an urgent fundraising appeal during the first lockdown, followed by applications for grants when public funding became available, Charleston needed a shift change in fundraising. The organisation had to reach beyond its core philanthropic base while starting to create some excitement about reopening. Crowdfunding was the answer.

Crowdfunding helped set the campaign apart – the public had 30 days to raise £160,000 to help reopen Charleston. The countdown and totaliser created a sense of urgency, showing clearly how many days they had left and how much money they had raised. The unique rewards inspired people who wouldn’t normally give and helped entice people to give more, increasing the average donation.

The campaign film was critical in telling the story of Charleston. It succeeded in capturing the imagination of people who hadn’t experienced the Bloomsbury interiors before and wanted it to still be there when they could visit again. It made donors feel like they were part of the project – images of the interior gave the sense of receiving a part of Charleston, while seeing the totaliser jump up when they donated illustrated their contribution. Emotional connection is all part of crowdfunding.

The pandemic added another layer of challenge to the campaign. The team was reduced due to furlough and there were no on-site opportunities to market to visitors. This just highlights that crowdfunding is as much a marketing campaign as it is fundraising. Run by Charleston’s Head of Marketing, Communications and Digital, Jennifer Grindley, the campaign succeeded in reaching new audiences and donors and was promoted through digital channels alone.

After months of emergency fundraising and talking about ‘saving’ the organisation, Charleston had to shift the narrative to create a very focussed, singular purpose for the crowdfunding campaign. They settled on #ReopenCharleston as the campaign headline and hashtag, and this was the focus of all the communications and marketing activities. The trailer video used snippets of comments about Charleston from social media followers, as well as artists, writers and community groups that they worked with previously to create a compelling narrative that told the story of Charleston and gave audiences reasons to donate to help them to reopen.

Social media was at the heart of the success of the campaign. Using Charleston’s social channels to keep followers updated on progress and segmenting the database to send out personalised and regular updates on the campaign to different audiences.

To capture the attention of people outside of our existing audiences, we also reached out to a variety of other arts/cultural venues, brands and influencers and asked them to share the campaign with their audiences on their own social and digital channels.

Match funding was an important element in the success of the campaign. In preparation for the campaign, Charleston secured £80,000 in matched funding from a generous circle of Charleston supporters. This meant that every time someone donated to the campaign their donation was matched with this funding; so a £100 donation brought £200 to Charleston. Being able to double donations meant moving more quickly towards what initially seemed like a very ambitious target. Asking existing supporters to match other donations proved to be compelling, creating even stronger buy-in from those donors and adding to the sense of urgency and excitement.

Choosing the right platform to amplify your project is important. Charleston ran their campaign on Art Happens, run by Art Fund. Nathaniel said having a partnership with Art Fund gave them the edge. Alongside a good brand reputation, being on a curated platform allowed the organisation and its campaign more visibility.

Art Fund covered the costs of creating the film and production as well as fulfilment of the rewards – meaning 100% of the money raised went directly to helping Charleston re-open. This was an important factor to communicate to donors who had already supported the earlier emergency appeal. Having the Art Fund team on board increased the pool of experience and expertise working on the campaign and provided much-needed moral support after a long summer of fundraising. Art Fund has a very engaged, art-loving audience. Promoting the campaign across Art Fund’s channels helped to amplify the reach and encourage new donors.

Crowdfunding proved to be exactly the right fundraising tool for Charleston. The campaign was successful in raising £160,000, attracting new donors, and getting people excited about visiting a place they had helped to reopen. As we enter a phase of reopening the fundraising landscape has changed. Crowdfunding can do a lot of the heavy lifting for your organisation. Those who can realise their ambitions will be better placed to cope with the next stage of the journey. Now is the time to make those plans a reality.

Merrin Kalinowski is Museum Marketing Relationship Manager at Art Fund and Nathaniel Hepburn is Director and Chief Executive at Charleston.

This article, sponsored and contributed by Art Fund, is part of a series sharing information and expertise to support museums and galleries to recover from the pandemic and develop audiences for the future. 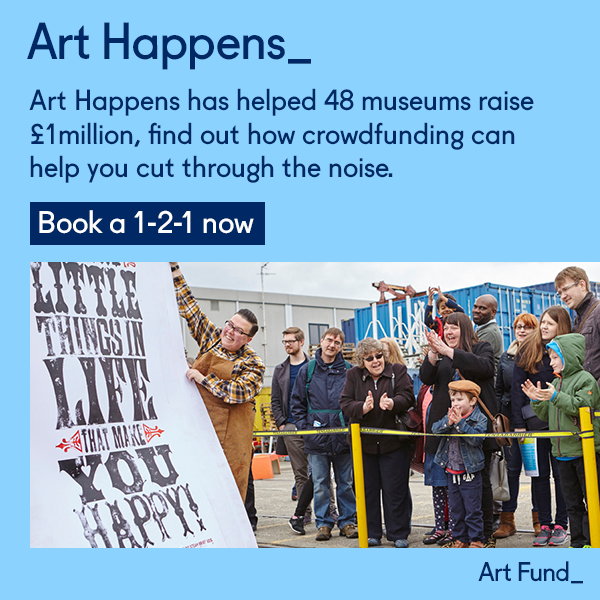 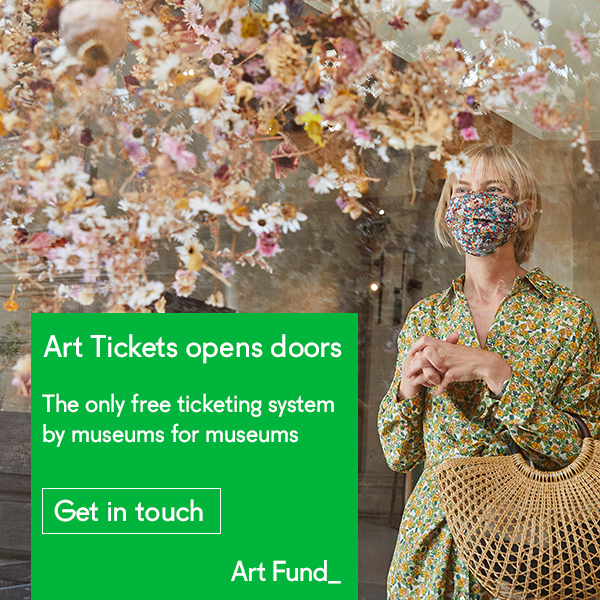 Cutting through the noise
Re-opening safely and reaching more audiences