The best road to a different future

Twenty-five years after writing an article about his concern for ‘the future of black arts’, David Bryan considers whether progress has been made and looks to the future. 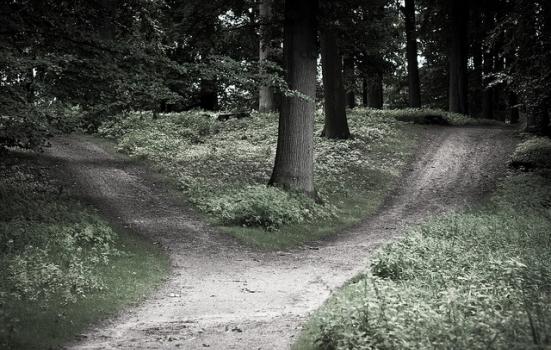 Arts Council England (ACE) has initiated another attempt to persuade and cajole the arts sector to stop discriminating. I’m sure that ACE is determined to see real change occur but it is labouring against decades of neglect, underestimation, erosion and non-investment. It is no wonder that talent seeks to leave the country as exemplified by black actors going to the US, or the absence of opportunities for working-class performers.

The liberal arts are not inclusive and generous, as they would like to be seen

ACE has made numerous efforts to redress the imbalance (as stated in an article I wrote 25 years ago). The assumption has been that the established arts community would be willing to embrace equality and diversity. Instead of this happening, a number of organisations are sustained at a minimal level. This has led to the large national portfolio organisations (NPOs) walking away from their responsibility to be inclusive.

I don’t want the word inclusion to be yet another throwaway term. The definition that I’m working off is from Frederick Miller and Judith Katz book ‘The Inclusion Breakthrough’: “…a sense of belonging: feeling respected, valued for who you are; feeling a level of supportive energy and commitment from others, so that you can be your best.”

Culturally diverse artists are producing work of quality but they are not getting the opportunity to do so often enough. Too many are trapped in the ‘white gaze’, doing versions of English classics, such as Shakespeare, as it gives them a stamp of white approval.

The white gaze is expressed as a perspective that traps black people in white imaginations. It is looking at the world through a white person’s eyes for approval. It is a history where the other is absent and no one cares, as we do not exist here in the UK. Even in children’s books we are invisible. It steals our voice as no one is listening.

The creative case for diversity

In 2009 ACE launched the Creative Case for Diversity (CCD). It was a shrewd attempt to get the NPOs to embrace diversity as being intrinsic to the arts and to understand that the arts would benefit hugely from this greater contribution, value and historical acknowledgement. The CCD had three simple interlocking aspects:

These three requirements took nothing from anyone else and created a door out of the closed loop of a preoccupation with an uncomfortable past and present. It is worth noting that there will be some places and situations where acknowledging the catalogue of wrongdoings is part of the reconciliation but not the place to get stuck.

If we think about the quality of contributions set against the scale of exclusion, we have in reality very little to celebrate. Most people today will refer to the Macpherson Report (investigating the Stephen Lawrence case in 1999) and its definition of institutional discrimination, but if you look further back at the Scarman Report (Brixton riots in 1981), it acknowledged the existence of a ‘colour bar’ within the public services and the arts infrastructure.

This did not change until the community arts movement. And while everyone remains preoccupied and distracted with the police, the more important issue of widespread institutional indifference is ignored. Will the problem fix itself over time? The evidence indicates that it hasn’t. Or is the expectation that those who suffer will do so quietly or go away?

The arts exist within the context of a changing society in which there has been general progress, but the racial gulf and displacement remains vast.

Every major public body continues to produce reports that acknowledge that something is wrong with both the entry and progression of black staff. This is true of the NHS, the civil service, academia, the police and many others, including the mainstream arts institutions. The liberal arts are not inclusive and generous, as they would like to be seen.

Even with the best legislation in Europe to protect those that have a history of discrimination, we are making poor progress. One of the reasons for this lack of progress is a tendency to focus on short-term, knee-jerk responses that are unsustainable and devoid of any sensible shared common vision.

The purpose of any provocation is to get the reader to rethink, chip away at their perceived truths, misconceptions, falsehoods or embedded stereotypes. In my original article the provocation was multiple and layered but posited on the following questions:

The recent Culture White Paper acknowledges that: “achieving greater diversity (cultural) has been a problem for many years”. Recent reports including ACE’s Creative Case for Diversity Data report has such embarrassing figures that no narrative was offered. This is not an indictment of ACE but of the elite that led most of the NPOs as if it were their entitlement to do whatever they liked as they saw fit.

In the arts, race and class are not knitted into the fabric of our social narratives but remain on the margins. This in no way means that efforts should be abandoned. In order to get out of this cycle of haphazard engagement that constitutes more noise than substance, we need to forge an alliance of those that want “the best road to a different future” (as Charles Handy wrote in ‘The Second Curve’).

Our parameters for improvement need to be clear. Are we to gauge improvement by the increase in the number of black actors doing Shakespeare or a talking part in someone else’s drama? I’d want to gauge the shift in the national understanding of the contribution that BAME people are making to British society by more substantive measures.

Accepting restrictive and limiting definitions of BAME contributions to our society has made this very visible population invisible. The Windrush Generation made the UK their home and even though they contributed economically and culturally, there is little that acknowledges that.

There is a long-standing tendency to treat African American stories as a proxy for black life in the UK. While I find this irksome, it provides employment, but the real issue is that their story is not our story.

African America provides a licence to talk race among the intelligentsia. The recent theatre production Les Blancs at the National Theatre did just that. The Observer writer Susannah Clapp said: “It shows how absolutely the history of black nations has been scripted by whites. That’s a lesson for the stage. Let alone life.”

The national consensus seemed to be that the problem (BAME people) would evaporate in time. Those that are visibly different would either return to wherever, or be content to remain living ‘parallel lives’. Ted Cantle reported that social exclusion and economic decline significantly contributed to the riots in Bradford, Burnley, Oldham and other places.

We forget that as a society we were content with a separate existence. Back in 2005 Trevor Phillips was vilified in the press for stating that the UK was “sleepwalking into segregation”, and while this offended the liberal intelligentsia it was and is real for many up and down the country.

Part of the answer is for all of us to be engaged in broadening our frames of reference and to be willing to understand that other stories exist; that there are other truths and that black lives matter in the UK. So what might be done? I think there are five things we could explore:

David Bryan is a member of Arts Council England’s National Council, a director of a local academy school, Chairman of Working with Men and Chairman of the Voluntary Arts BAME advisory panel. He is also Director of Xtend UK Ltd.
www.xtend.co.uk

What do you think are the barriers to achieving diversity and what should be done about it? Have you say in the ArtsProfessional Pulse survey: Diversity in the arts – what needs to change?

It usually comes down to leadership. Thought of as a symptom - the lack of diversity in the leadership of arts organizations - is really the cause. Consider the leadership of the leading arts organizations throughout the UK, Europe, and the US. I believe that when the General Directors or Presidents are BAME, then the artistic choices, casting, cultural competencies and board leadership will change- and with that, audiences and ultimately the source of future arts product. Here in the US, I am doing something about this gap through the Certificate in Cultural and Ethnic Arts Leadership http://bit.ly/1X6dwRH. The first cohort of 16 senior Black, Hispanic, Asian and LGBTQ arts leaders who desire to become CEOs completed a 10 day intensive program, taught by a faculty who "looks like" the cohort group, The intention is to create an identified pool of potential CEOs and to then continue to feed that pool, each year, so that there is a critial mass of these arts leaders. 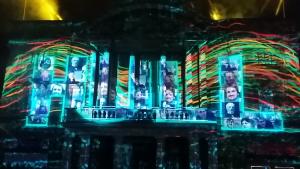 The best road to a different future
Transformative action