Who has been attending the events marking Shakespeare’s death this year? James Doeser and Georgina Chapman reveal some surprises. 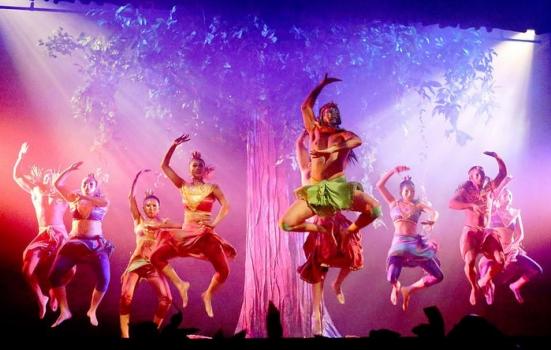 2016 has been rich in a year’s worth of celebrations to mark the 400th anniversary of Shakespeare’s death. There have been performances, guided walks, screens on the Southbank, exhibitions and even Shakespeare cruises along the Thames. You name it, they’ve done it.

The Cultural Data Tracker, a survey of 2,000 people conducted twice each year since 2014, and commissioned by King’s College London, has been monitoring attendance at Shakespeare-related events and public awareness of the anniversary.

The survey, run by Nielsen, asked participants: Which UK cultural figure will be celebrating the 400-year anniversary of his death in 2016? They were given the options William Shakespeare, John Donne, John Milton, Christopher Marlowe, Henry Purcell and ‘Don’t know’. You’ll be forgiven if you didn’t know the correct answer. Last year, only 47% of the population did. 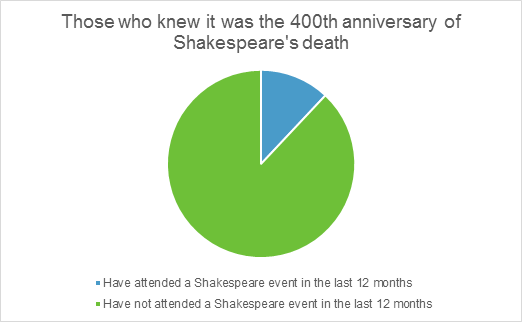 Interestingly, of those who said they had attended a Shakespeare-related event in the last 12 months, just 49% knew about the anniversary, meaning that knowledge of it had still managed to elude over half of those participating in an event. Perhaps not entirely surprising though, since not all Shakespeare-related events will be sold with the ‘400th anniversary’ label clearly attached, and those events which attracted the highest levels of attendance (plays and films) are perhaps less likely to be contextualised or marketed in this way. 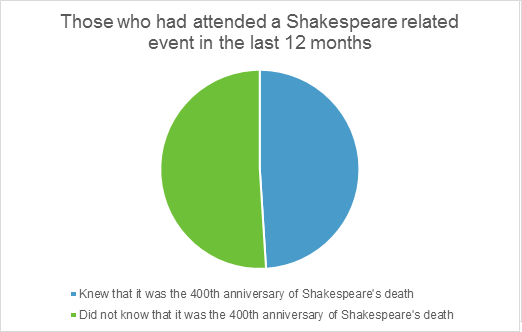 This is in comparison to just 29% of those who said they had not attended a Shakespeare-related event within the last 12 months. Only 42% of those who had answered the anniversary question correctly said they attended live arts and cultural events at least several times a year.

The relationship between awareness and engagement is perhaps not what we might have predicted. Greater awareness, or knowledge on the part of an individual, does not guarantee more frequent arts attendance. But what is an anniversary celebration like this all about? Are we more concerned with creating increased awareness or with increasing engagement? Which is more beneficial?

In favour of creativity

The 2016 Culture White Paper captures the mood when it says: “Culture no longer simply means being familiar with a select list of works… but the accumulated influence of creativity, the arts… upon all our lives.”

An emphasis on rote learning of simple facts, in actuality, is often the very essence of which arts and performance so often attempts to push back against, favouring creativity, subjectivity and engagement over objective knowledge and superficial awareness. And awareness, the data shows, is not always a marker of engagement.

James Doeser is Research Associate and Editor for CultureCase, and Georgina Chapman is an undergraduate in the Department of Liberal Arts, both at King’s College London.
www.kcl.ac.uk/Cultural/Index