Art: a by-product of managerial concerns

Many of the assumptions shared by Arts Council England’s original architects have outlived their usefulness, says Andrew Pinnock. Financial support for artists should be hard-wired into the funding system. 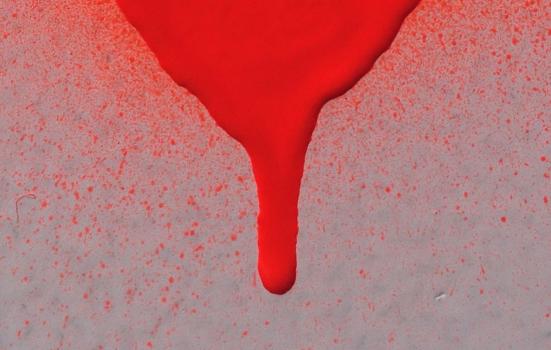 As income dries up, so too does the trickle-down to artists
Photo:

Susan Jones wrote recently about how Covid-19 has brought into sharp focus how ineffectual current arts mechanisms are for dealing with anything other than institutional survival. She described the arts funding system as delivering a “slow-moving, self-interested hierarchy of regularly-funded institutions” moving to the front of the queue for the Government’s Covid-19 emergency support (quick when they need to be, then); while the great majority of actual artists had been left to fend for themselves.

The institutional model she refers to was devised by the Arts Council of Great Britain in 1946, with the best of intentions. Then, as now, the Arts Council preferred to fund not-for-profit organisations with boards of trustees sharing its declared public service ethos and formally responsible for the proper use of funds handed out. Commercially provided art was anathema: “Death to Hollywood” said the Arts Council’s famous founding chairman John Maynard Keynes on BBC radio. Death to Netflix too, had he been alive today.

To keep costs to the taxpayer down, the Arts Council encouraged funded organisations to raise as much money as they could from other sources, again a sensible strategy for good times.

Marketing, development and education/outreach operations expanded, aiming to pull in all available grant income, build relationships with donors and sponsors of every stripe, and for events to sell as many tickets as possible for as much money as possible. Lottery funding opportunities available from 1995 onwards raised the bar higher still. As new Lottery-funded facilities went up, so too did the cost of keeping them open and in repair.

In good times, the combined efforts of arts managers and development and marketing professionals generated more than enough income to cover their salaries, with the money left over paying for art and arts education/outreach. Artists (typically freelance) were hired to produce the art.

All looked well. Arts Council grants went into the system and plenty of art came out. But, as we can now see, it’s a system that generated art as a by-product of wider managerial concerns.

Covid-19, as artists have found to their cost, stopped the art coming out and dammed the income streams that only flow when art is coming out. The system could, if government wants it to and keeps emergency funding flowing, continue to exist for months or years without producing any art at all. Robert Hewison reached the same conclusion last year in an article for Arts Professional: brilliantly prophetic, though back then he had no inkling of Covid-19 traumas ahead.

In good times it’s sensible public policy to keep as many people as possible employed in the arts. Not so many equally rewarding other jobs are available. It doesn’t matter that arts managers tend to be former rather than currently practising professionals. Their work is useful for two main reasons: it generates income that can be used to fund art eventually, and it keeps national conversations about the value of the arts going. This is especially true of education and outreach teams who introduce young people to the arts and give them positive arts experiences intended to sustain whole lifetimes of independent engagement.

But in the current crisis government needs a radical new vision for the future of the arts, not a conservative vision trying to get back to the pre-pandemic status quo as smoothly as possible. Many of the assumptions shared by the Arts Council’s original architects have outlived their usefulness. So, conceivably, have arts support structures founded on those assumptions. New rules requiring funded organisations to pass a minimum proportion of their grant income on to artist employees, however grim the trading circumstances, would be a start. It’s time that Government financial support for artists becomes a hard-wired feature of the funding system rather than a trickle-down benefit that can stop entirely when times get tough.