After centuries of trying to define the arts and culture, we remain deeply confused about what they are and their benefits, says Liam Dee. 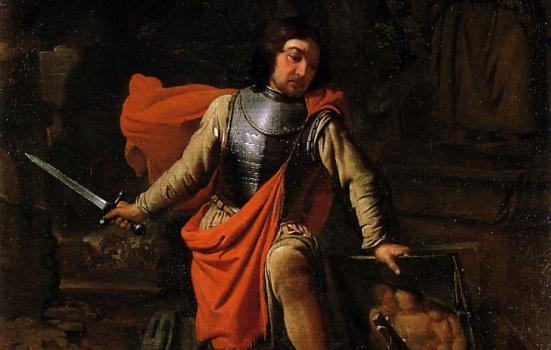 Despite centuries of scholarship and armies of curators and arts bureaucrats dedicated to classification, we are no closer to defining what art is. Part of the problem seems to be baked into the constantly shifting conceptual relationship between ‘art’ and ‘culture’. Thus we have Arts Council England’s (ACE) decision to favour the term ‘culture’ over ‘arts’ in its new 10-year strategy report 'Let's Create', partly to avoid “uncomfortable” elitist connotations.

Yet this seems to be largely an exercise in re-branding: the best the strategy can do to define ‘culture’ is as “areas of activity…in which ACE invests”. As with other slippages between the two terms, the point is to hide behind implied meaning rather than provide clarification. After all, ‘cultured’ is still a term of snobbish refinement, while ‘artist’ can be used factually to refer to a profession like any other – so it’s hardly clear that one term is less elitist than the other.

This useful ambiguity comes from the fact that art and culture have always been a flawed compromise between two opposing forces of modernity: reason and imagination.

Contrary to popular perception, art is not inscrutable and timeless but a reflection of social and historical forces. For much of human history, there was no special distinction between practical and spiritually transcendent forms of making. ‘Art’ was used to denote a high level of human skill in making, corresponding to the Latin word ‘ars’. In the modern era, this idea of art became superseded by technology – we no longer rely on artisans to make things for us. More importantly, scientific rationality has meant there is less need for the straightforward representation of objects than there was in pre-modern times. The representative power of theatre or music loses much of its force when compared to precise scientific instruments like telescopes and barometers, and media technologies like the printing press.

So what did art have left that would keep it from becoming a mere anachronism? Fortunately for art, modern reason was often seen as arid and venal, so the fine arts were preserved from the fracturing of ‘ars’ to provide an oasis of creative passion and mystery. But this artistic imagination was also seen as a thoroughly modern idea, its irrational elements derived from individual subjectivity rather than ‘primitive superstition’. Indeed, for an emergent bourgeois intelligentsia, the fine arts were the bridge between the rational mind and the sensitive body of the modern citizen.

Yet this bridge has proven unable to bear any substantial weight. The failure of fine art to tame or replace the cold calculus of reason saw the Romantics relinquish their early enthusiasm for the union of rationality and spirit and side entirely with the irrational. In this regard even fine art was often found lacking, with some Romantics turning to religion rather than aesthetics to sate their spiritual hunger. Indeed, the persistence of religion continues to demonstrate just how unsatisfactory the artistic is for people seeking succor beyond the rational. Nor is this simply some atavistic impulse. Just like fine art, religion now largely justifies itself on the grounds of the subjective ‘faith’ experience of the individual believer, making it just as ‘modern’ as art.

What is the point of art?

With the artistic failing to compete with the mimetic rationalism of techno-science and the passion of the religious, the grand unifying claims granted to it have become conceptual evasion and instability.

This started with the dethroning of fine art as the pre-eminent form of creativity in the late nineteenth century, under the combined pressure of machinery that could easily replicate the delicate design of the ‘hand-crafted’ and the increasingly kitsch banality of ‘beauty’ in a sophisticated, cosmopolitan world.

But the demotion of ‘fine art’ to just another form of ‘art’ amongst various modernisms has simply deferred the tenuous status of art. If it is the acme of universal humanism, why is it dominated by obscurantist jargon and rich dilettantes? If it is a sacred domain of excellence, why is it impossible to pin down any use for it, with judgements inevitably based on subjectivism?

Where there were once bold claims for art to be the unifying modern sacred, now we have defensive re-branding, using the ambiguity around ‘art’ and ‘culture’ to try and make it seem both exceptional and common. When we want transcendent significance to dignify the exclusive rituals of the gallery or awards ceremony we go for the clout of ‘art’: this leads to the transubstantiation of mere pop singers to ‘recording artists’ when receiving shiny statuettes. When we are trying to downplay absurd metaphysical connotations and justify government funding strategies, we go for the neutral description of ‘culture’.

We have come a long way from the early Romantics, who dreamed of new ‘wings to our physics’ that challenged bureaucratic rationality. In contrast, ‘Let’s Create’ represents the tepid reality of art/culture that, at its height, can apparently “allow us to reflect and comment on society”. If we are looking for real transcendence for all, neither art nor culture suffice. For many they describe not just hollow concepts, but hollow experiences too. Surely we can do better than this?

Liam Dee is an independent researcher and author of the book 'Against Art and Culture'.
www.againstartculture.wordpress.com
@LiamDee11