Are we measuring competence or class?

Apprenticeships could help level the playing field and help those from less advantaged backgrounds enter the arts and cultural sector, but it isn’t happening. Plain old prejudice is getting in the way, says Sara Whybrew. 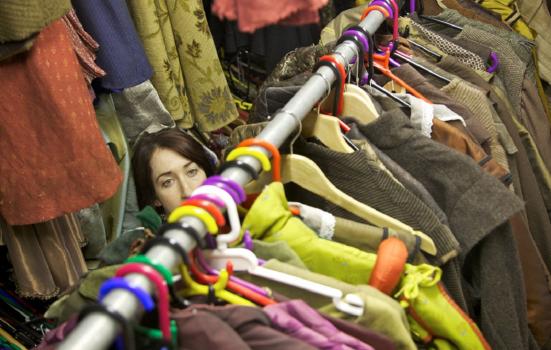 Why is our sector not better at embracing apprenticeships? The employers who make proper use of them readily report the benefits. Our workforce also has issues around technical, craft making, and business operational skills that apprenticeships can address. So is the issue actually about how apprenticeships are being used to benefit those from more advantaged backgrounds – intentionally or otherwise – resulting in others being unfairly excluded?

Apprenticeships feature heavily in the work of Creative & Cultural Skills. After all, we are the organisation that introduced apprenticeships to the cultural sector. We believe in this route to work because it can help us address the skills gaps and shortages we have and help level the playing field in terms of who is supported to enter our workforce.

And yet our sector continues to be dominated by those from more advantaged backgrounds. The creative industries employ more graduates on average than other employment sector and, in the years since the introduction of the Apprenticeship Levy, the gap appears to be widening.

In June 2020, the Social Mobility Commission published Fulfilling Potential, a report that confirmed that the Apprenticeship Levy has been disproportionately funding higher-level apprenticeships for individuals from more advantaged socio-economic backgrounds, rather than those who aren’t and whom benefit significantly more from this route.

Prejudice by any other name…

If we are to use apprenticeships as a tool to develop much-needed occupational competence, alongside diversifying who can pursue work in our sector, why aren’t more employers embracing this route with greater responsibility? I feel that some levy payers who are new to apprenticeships are finding a way to employ those they ordinarily would, rather than using apprenticeships to think differently about their workforce and how they train people for it. There are few other routes that pay someone to learn how to do a job and few that train people specifically to gain the competence that’s needed, entirely determined by employers themselves.

Even with the best intentions, if an employer is asking for qualifications (such as a university degree) that aren’t relevant to the job, or just looking for someone who seems like a ‘good fit’ for the office, then they are closing off opportunities to a broad demographic including those from disadvantaged backgrounds who may have the potential to excel in the roles we have.

We also know that the significant majority of graduates come from more advantaged backgrounds and we know that many graduate options aren’t equipping people with the skills our sector needs. So, if we put together this propensity to recruit graduates, alongside our continued skills gaps and shortages, I have to ask: are we more interested in class than competence?

Employers must put their prejudices to one side and start recruiting openly and fairly and stop using apprenticeships to entrench the socio-economic composition of our industry.

Time to speak up

At Creative & Cultural Skills we’re tired of seeing those from lower socio-economic backgrounds being further disadvantaged by our sector’s unjustified behaviours. We’d like socio-economic diversity to be afforded the same protections as other characteristics in equality legislation.

We are currently speaking to a number of organisations about this. If you would like to add your voice to ours, please get in touch.

Are we measuring competence or class?
3 things you can do right now to show you mean ‘Black Lives Matter’
Supporting freelancers through the crisis – and beyond
Why hitting diversity targets won’t make your organisation inclusive
Diversity and inclusion: why are we still talking about it?
Future workforce, are you out there?
A technical route into the arts