Munira Mirza thinks anti-racist policies in the arts can sometimes fuel racial tensions rather than appease them. 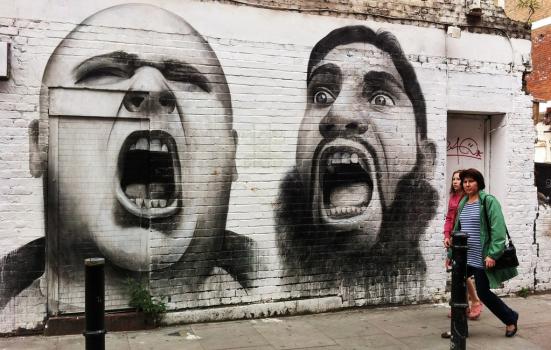 This week I received the last ever edition of the decibel newsletter, the monthly update of Arts Council England’s (ACE) flagship initiative to raise the profile of culturally diverse arts. Announcing the end of this year-long, multi-million pound project, the contributors proudly boasted a legacy of new funding schemes, awards, and fellowships to support artists from minority backgrounds - its ambition being no less than to ‘change the landscape of the arts as we know it’.

“The arts are a liberal industry”, explains one decibel contributor, “No one likes to think that they are racist or their company is racist. But Black and Asian artists still operate on the fringes of the arts world.” Thanks to decibel, ACE has now set a 10% target for funding culturally diverse arts through its Grants for Arts programme. But the purpose of decibel - to shout loud and clear about diversity - seems to have deafened the arts to the point where you cannot hear discussion about whether or not racism is actually widespread in the sector.

By most reasonable measures, British society as a whole is far less racist than it was twenty years ago. But policy makers seem obsessed with ‘getting rid’ of racist attitudes. The arts sector is no exception to this curious paradox. At a time when the arts are more diverse than ever, the sector and its leading institutions are accused of being racist against minority groups. Whilst most people who work in the arts do not believe they are deliberately discriminatory, they seem willing to accept the label of racist without debate.

Does the accusation of institutional racism stand up to challenge? Yes, it is exceedingly difficult for ethnic minority artists to become part of the cultural elite, but looking at the statistics, this is also pretty much true for the vast majority of people. It seems unreasonable to suggest that contemporary minority artists cannot be successful because the arts elite are racist - consider the critical and international success of artists such as Anish Kapoor, Keith Piper and Chris Offili, writers such as Ben Okri and Zadie Smith, or the popular acclaim for theatre companies like Tara Arts. None of these are what you might describe as downtrodden victims of a hostile liberal establishment.

At the administrative level, it is true that ethnic minorities are proportionally under-represented in arts sector employment. In 1999/2000 statistics, out of 2,009 staff employed in English theatre only 80 (4 per cent) are African, Caribbean or Asian. Only 16 out of 463 (3.5 per cent) board members of English producing theatres are African, Caribbean or Asian. But does this prove that gallery curators or theatre producers are racist? Career choices rarely mirror census figures, for a variety of reasons to do with socio-economic background, personal ambitions and educational opportunity. Would we suggest there are too many Asian doctors in the NHS and that something needs to be done to tackle the prejudices of the medical elite? Is the astounding success of young Indian business entrepreneurs an indication that bank are institutionally racist against the white population? The decibel team confidently asserts that “research has uncovered and proven institutional racism” in the arts sector, but as we know, the statistics only tell part of the story.

The perception that there must be widespread racism in the arts reflects a profound shift over the past ten years about what the word ‘racism’ actually means. In the 1980s, anti-racism campaigners sought to make society ‘colour blind’. Since the MacPherson report after the Stephen Lawrence Inquiry in 1999, anti-racist campaigning has located the problem of racism in the personal behaviour of individuals from different ethnic groups. MacPherson redefined racism as ‘unwitting’ and inescapable, a pathological condition that affects all people in institutions, whether they realise it or not. The consequences have been far reaching. Since the Race Relations Amendment Act (2000), all public authorities are required to positively combat racial discrimination and promote good relations between different ethnic groups.

But, diversity policies in fact have the opposite, chilling effect. By freezing people into ethnic groups, they reinforce our sense of difference. The arts sector has shown the long-term impact of diversity policy in practice. In the late 1970s and early 1980s, the Arts Council came under increasing attack, accused of being elitist and Eurocentric. In response, ‘cultural-awareness’ training was arranged to ensure employees were sensitive to the needs of black people. Steadily, throughout the 1980s and 1990s, arts organisations have come under increased pressure (either by auditing, funding restrictions or quotas) to demonstrate how they are working to promote diversity, in both staff recruitment and creative direction. The impact of these cultural diversity policies is that despite instances of racial discrimination being on the decline, the sector is now highly racialised. The decision to support art projects is often affected by the ethnic background of the artist, as much as the aesthetic merit of the work. Funders are so keen to demonstrate their lack of racial prejudice that they positively discriminate and give specially designated funding to minorities. Artistic projects are marketed on the basis that they can ‘include’ ethnic audiences by appealing to ‘their culture’.

Perversely, by crying mea culpa, institutions reinforce the perception that prejudice is everywhere. We are nurturing a new generation of artists and arts professionals to see themselves as ‘different’ and as requiring special treatment by those in authority. The vicious circle continues as calls are made for new, racially oriented funding structures. Racism is nowhere and everywhere, a self-perpetuating crisis where the proposed solutions simply throw more oil onto the flames.

Perhaps the most pernicious effect of the diversity philosophy is the double bind for the new generation of minority artists. On the one hand, they are expected (and receive funding) to create art to validate their ethnic identities; on the other hand, they wish to transcend them. Pigeonholing is patronising, a problem that even the most fervent advocates of cultural diversity are prepared to admit. But too often today, artists feel they are being supported because they fit the right category. The official etiquette of diversity does not empower ethnic minorities, but rather stereotypes and labels them.

The danger of diversity initiatives is that they see racism everywhere but cannot get out of the prism of racial difference. As we see more funding streams, projects and showcases dedicated to culturally diverse arts, we are likely to see more, not fewer, anxieties about racism. Artists and arts professionals can only break the vicious circle by opening up an honest debate about whether their sector is indeed racist. Whether decibel achieves its targets for ethnic minorities remains to be seen, but its corrosive effect on the arts sector should worry us all.

Munira Mirza is cultural policy researcher at the University of Kent.
e: munira_mirza@hotmail.com