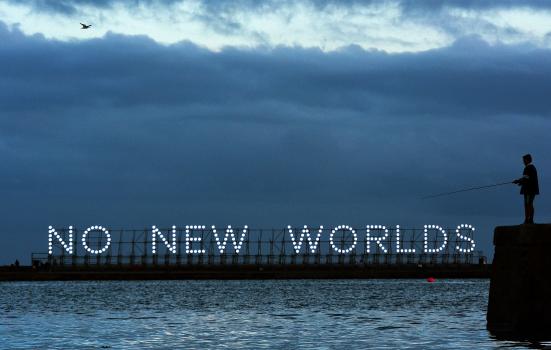 In 1970, the town of Plymouth, Massachusetts commemorated the 350th anniversary of the Mayflower voyage. Despite all good intentions, the event was a car crash.

Organisers invited Wamsutta, also known as Frank James, of the Wampanoag Native American Nations, to give a speech. He wrote pithily and earnestly about the history of slavery, dispossession, and conflict that surrounded the Mayflower’s traditional ‘birth of a nation’ myth, and of its subsequent legacy of poverty and discrimination for his people. His draft was rejected and attempts were made to censor the speech. James resisted and, on being denied the promised platform, the Wampanoag withdrew from participating in the event. Instead they gathered on Cole’s Hill near Plymouth Rock and declared Thanksgiving to be The Day of National Mourning for all Native American nations. The Day of Mourning has been honoured by Native Americans on 26th November for 50 years since.

Fast forward to 2010 and tentative reciprocal visits between Plymouth and its transatlantic counterpart in the UK explored the possibility of an international collaboration for the 400th anniversary in 2020. What excited us was how it bound together so many diverse communities from towns, villages, and cities across four nations and two continents. The wealth of opportunity for cultural collaboration and exchange was obvious – provided a shared enthusiasm could be kindled among those UK, US, Dutch and Wampanoag communities. But we could only commission a programme of activity if it could be realised with integrity and authenticity. It would need to include all aspects of the Mayflower story and its legacies, warts and all. Wampanoag history before and after the voyage would need to be as central to the anniversary as the origins of the Separatists in the Midlands, their flight to the Netherlands, and their final journey to establish a colony that seeded the ideological course of a nation. That aspect could only be told with the Wampanoag community itself.

The development of the Mayflower 400 cultural programme over the past decade was only possible thanks to the participation and commitment of the Mashpee and Aquinnah Wampanoag communities. Their involvement brings an integrity to the wealth of local exhibitions, performances, installations and events. Wampanoag Advisory Committee members have not only reviewed much of the UK Mayflower 400 programme and communications but also led UK projects including:

All these events and others would culminate in a televised, large-scale Four Nations Ceremony on 16th September 2020 on Plymouth Hoe with representatives contributing on behalf of each nation.

More than 400 activities were scheduled before the final ceremony to take place in Bassetlaw, Harwich, Plymouth (USA), Boston (USA), Boston (Lincs), Southampton, Leiden (NL), Southwark, City of London, Chorley, Dartmouth, Gainsborough, Delfshaven (NL), Immingham and Plymouth in the UK. It all seemed to be coming together nicely. Then, just as some of our bigger projects were gearing up, Covid-19 and lockdowns hit all four nations. We thought: ten years’ planning down the pan? Surely not.

Like much of the world we spent a few weeks in denial, hoping that things would be back to normal in a month or two so that, with a bit of tweaking here and there, we’d still go ahead as planned. Then the sheer impossibility of mass gathering events, large scale performance rehearsals and concert programmes dawned.

After a numbing and deeply dark few days, however, we had a lightbulb moment: the 400th anniversary didn’t have to end 400 years from the day the Mayflower sailed, it could start then instead. Thankfully all our partners, funders and sponsors were of a like mind, determined not to squander all the planning and goodwill invested so far. All that remained was the rescheduling of hundreds of different events and exhibitions at all scales across multiple and often complex locations! It was impossibly challenging, of course, but the arts thrive on doing the impossible and, somehow, it’s happened.

As we realigned the programme, Black Lives Matter threw the commemoration into sharp relief. Our programme had been created with Wampanoag artists and colleagues, but our creative producers felt that our narrative, particularly its digital incarnation, was no longer good enough. The website was swiftly and effectively redesigned to demonstrate the diversity of the programme in an engaging way. The Re-informed video series was commissioned with artists and contributors reflecting in their own words on how they felt today about the Mayflower story and its impacts. Over the next ten months such content and comment will reflect on the legacies of colonisation, adding to the rich existing programme of work created by or with people of colour through to our closing ceremony.

Or at least that’s the plan today! Of course, Covid-19 still brings uncertainty. Already we are replotting the decision deadlines on artistic creation and fund commitment, examining each project for a back-up plan to the back-up plan. We’ve got to be ready to adapt and keep adapting - this story, facing up to the challenges of our shared history, and the artistic energy and creation are too important to just let go.

Adrian Vinken is Chair of Mayflower 400