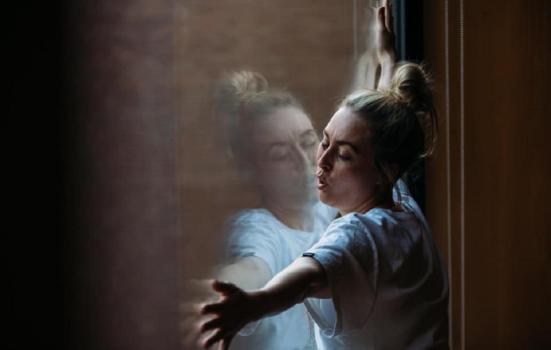 Presently in the arts, and likely in other areas of our productivity obsessed society, the misrepresentation of resilience is being weaponised against the most vulnerable. Disturbingly, it feels like this focus on developing resilience is born of well-meaning intentions which makes it almost impossible to challenge in a society that regularly confuses politeness with care.

Resilience is undoubtably an important tool for maintaining mental wellbeing. However, when the burden of resilience weighs more heavily on the individual than the systems they must negotiate to participate, we have created the optimum conditions for exclusionary practices and mental ill health.

System Dynamics proposes that the structure of a system creates its behaviour. In other words, in complex systems, different people placed in the same structure tend to behave in similar ways.

The publicly funded performing arts is undoubtedly a complex system that has been in crisis for well over a decade: real-terms funding cuts, a diminishing connection to the communities it claims to serve, and the development of a curious relationship with corporate profit models that fails to acknowledge how a foundation of public funding makes success on free market terms impossible.

This ongoing and unspoken sense of crisis has driven those working across all levels in the performing arts to accept and perpetuate a wide range of unethical behaviours: underpaying, overworking, tokenism, trend-seeking, cultural exploitation, rewarding quantity over quality, doing more with less, and working in a culture of fear.

Consistently operating from a place of fear is neither healthy nor strategic.

For artists who have only ever worked during the austerity years, assimilating into this culture has been hard to resist. Reliance on resilience was drilled into us during training and has been compounded through years trying to navigate the structures that dominate our work. Sadly, a celebration of overwork and remaining flexible to the point of breaking still appear to be a common stage of initiation into the system.

Perhaps the greatest performance of all over the past fifteen years is the pretence that the system is coping. The mental health epidemic in the performing arts is a symptom of a broken infrastructure measurable in increasing rates of people burning out, living with anxiety and in many cases facing mental health issues with permanently life-altering outcomes.

To date, the performing arts response to this has been a series of well-intentioned gestures: Mental Health First Aiders, A National Theatre Helpline, Dignity At Work Policies, organisations offering limited term discounted counselling, and most recently, an increase in Resilience Training.

These are all valuable and all valid as precautionary measures. However, through a learned habit of being reactive rather than strategic, do these measures simply substitute signposting for systemic overhaul?

Dignity at work policies are reassuring to read but only useful if the people who disregard them are held to account. Mental Health First Aid Training is a vital form of awareness raising but is designed to prevent issues from escalating, not stop them from arising in the first place. Resilience is a concept reliant on self-reflection and self-care, both of which rely on periods of rest and recovery. Where is the time for rest and recovery for someone who is constantly distracted by survival?

Holding up a mirror

By nature, the performing arts is a microcosm of society and society is in crisis – poverty, racism, and the climate to name just a few. Those systemically discriminated against in wider society are disproportionality disadvantaged by the current arts infrastructure in an exhausting cycle of exclusion that imposes less of a requirement for resilience on those already privileged.

If there is a genuine aspiration to build resilience in performing arts the focus needs to be on developing resilient infrastructure. To do so, systems must be developed with an active resistance to the default modes of working that are known to result in harm.

Stop working six-day weeks; pay everyone an actual living wage for all of their labour; work at a less reactive pace; building rest into processes; ensure evaluation is followed by opportunities to remedy the inevitable mistakes made; rely less on writing policy and more on embodied practice; write exit strategies into all projects and roles; diversify the workforce and leadership at all levels; redistribute power; acknowledge our vulnerability.

This won’t be easy. It will inevitably lead to criticism for choosing to work in ways that are often labelled unconventional, self-indulgent or inefficient in a society governed by conservative capitalist values. It will require energy for change, active listening, an openness to failure, experiments in redistribution and a refusal to be seduced by quick fixes. It will require a commitment to taking the time needed to work with care.

Frequently voiced opposition to rebuilding in this way centres around money.  However, after years of witnessing mental ill health increasing in the workforce, how can the performing arts ethically justify the human cost of not implementing structural change?

Mental Health advocacy cannot be separated from the need for structural reform in the performing arts and consequently in wider society. If we continue to amplify the false narrative that being resilient is the responsibility of the individual, the system will continue to burn people out when perhaps the focus really needs to be a controlled approach to burning it down - making space for a healthier ecology to grow.

Emma Jayne Park works under the handle Cultured Mongrel as a dancer, theatre maker, collaborator and micro-activist. She has been Associate Artist with the Scottish Mental Health Arts Festival since 2016.

Cultured Mongrel’s current research projects Moving Slowly and Epic Fail focus on exploring perceptions of success, concepts of failure, strategies needed to resist corporate capitalist structures and reframing inherited status hierarchies. Moving Slowly will culminate a series of experiments in approaches to working and Epic Fail will be shared as a trilogy of performances premiering in 2021.

I am so OVER that word. It has been used to put responsibility and blame for failure on individuals, groups and communities when, as you rightly point out - the systems that once supported the arts that in turn fed the people who received them, collaborated with them etc. are all broken, robbed of funding and respect. In the wonderful words of Tracie L. Washington - Louisiana Justice Institute : Stop calling me Resilient. Because everytime you say "oh they're resilient" that means you can do something else to me. I AM NOT RESILIENT. In the UK case it means they can take something else away from us.