Cultural infrastructure doesn’t deserve to be the poor relation

Investment in soft power assets can deliver huge financial returns – and could be the catalyst for redressing regional economic and cultural imbalances. Ian Wray shares the evidence and suggests how. 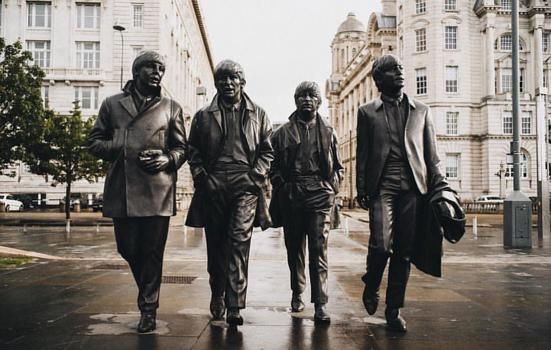 Spending on hard infrastructure is part of the stock in trade for regional development – roads, bridges, high speed railways, trams, broadband, and so forth. Whenever we hear about proposals for the so called ‘places left behind’ it is invariably followed by a call for better roads or a new rail connection.

Soft infrastructure is a poor relation. By this I mean the arts, culture, sport, media, heritage and the environment. It is more difficult to apply the economist’s evaluation tool kit to investment in culture and heritage. But it does not follow that these things don’t matter. Britain’s soft power assets include education, creativity, music, literature and fine art, and soft infrastructure can be of central importance.

Tourism is one of our fastest growing economic sectors, projected to be worth £257bn by 2025. It is currently worth over £100bn to the UK economy, with inbound tourism alone accounting for 9% of UK GDP. Tourism development rests squarely on the UK’s arts, culture, heritage and environment – people do not visit Britain for the weather. For services like these, access to concerts, conferences and theatres is more important than motorways.

Soft infrastructure helps to attract and retain talented people, who are the bedrock of the 21st century economy. There have been some startling success stories of regional development based on soft infrastructure assets, not least the relocation of several of the BBC’s commissioning agencies to Salford as part of the media city development, bringing content providers in tow.

Liverpool is another example of successful regeneration led by soft infrastructure. Over the past 40 years Liverpool has built a new conference and tourism business from scratch. In the 1970s no one would have dreamt of spending leisure time in Liverpool. Today its tourism and conference industry is worth £4bn, employs 50,000, and Liverpool is the UK’s sixth most visited city.

Liverpool’s tourism has been created by investing in soft infrastructure, in the massive improvements to the formerly derelict waterfront and in new and refurbished cultural facilities, including Tate. Liverpool was the beneficiary of European Capital of Culture 2008, although in this case, there was no special funding made available by Government – in contrast with Government spending on the 2014 Olympics (total cost £ 8.9bn) and the new Wembley football stadium (total cost £798m).

Liverpool’s cultural revival rested on three foundations. First, its 1960s creative explosion produced Mersey Beat and the Beatles. Inventively, the City Region Mayor has recently established a ‘Music Board’ to help develop new musical talent and tourism. Second, its football tourism, drawn by two Premier League football clubs that are known throughout the world, with supporter clubs across Asia, Europe and America. The football clubs are a vital positive brand asset for Liverpool. Third is its remarkable inheritance of architecture, its Royal Philharmonic Orchestra, theatres, concert halls, Aintree racecourse, museums and galleries, and the Royal Liverpool championship golf course.

In England, the distribution of government support for culture and the arts still has a familiar skew towards London and the south, both in spending and in the distribution of national assets, including institutions such as orchestras, galleries, museums and ballet.

The distribution of spending is driven, at least in part, not by deliberate strategy but the by inertia and power exerted by institutions: the V&A, the British Museum, the Design Museum, Tate, the National Gallery, all the orchestras, the Royal Ballet, and so on. Even the green spaces of central London receive preferential treatment. They are managed and maintained by a special body – the Royal Parks – funded by a government grant from DCMS and commercial activities.

A report published in 2016 by the DCMS Select Committee examined support for the arts outside the capital. While it welcomed signs of a shift towards the regions, it said more could be done. Too high a proportion of public funding was still going to London-based arts organisations and museums, which are in a far better position to increase revenue from other sources. The report said: “While we welcome the fact that lottery funding is increasingly spent outside London, we remain concerned that 42% grant in aid currently goes to London”.

The UK’s World Heritage Sites are another case in point. They are amongst the 1,100 UNESCO sites inscribed world-wide, and some of the most important places in the world. They include many of the most important heritage assets, helping to spell out our island story, capturing Britain’s greatest global impacts and offering significant potential benefits to the towns and cities where they are located*. Many of the sites resonate with Britain’s global role as a great power and shaper of world events, especially through the British Empire, the industrial revolution and the export of ideas for planning and environmental management.

Some sites are well managed. Generally these are the better known sites in the ownership of government bodies like English Heritage, the Royal Palaces, or relatively well endowed private owners, such as the Blenheim Estate and the National Trust. But some 50% of sites are managed by local authorities or public partnerships, under serious financial pressure. Many of the latter are outside the south of England. These sites are managed on a shoe string with low levels of interpretation, promotion and site management. They are less well known, appreciated or promoted.

Far more could be done to utilise soft infrastructure as a vehicle for ‘levelling up’ and overcoming the current skew of public investment towards London and the south. Let me give some examples.

It is with issues like this in mind that the UK2070 Commission’s final report on UK regional inequalities identified harnessing culture and environmental assets as a priority for reshaped policy. Chaired by Lord Kerslake, former Head of the Home Civil Service, the Commission wants to see new investment in cultural assets and institutions beyond the capital, financed in part by a redistribution of current public spending and investment in the arts sector. Its final report presents the evidence: as the world faces the fallout from the pandemic, investment in soft infrastructure will be more important than ever.

Cultural infrastructure doesn’t deserve to be the poor relation