Relaxed performances: why the sector has to do better

Far from being a niche concern, increasing the number of accessible shows would benefit millions of people across the UK, says Jess Thom. 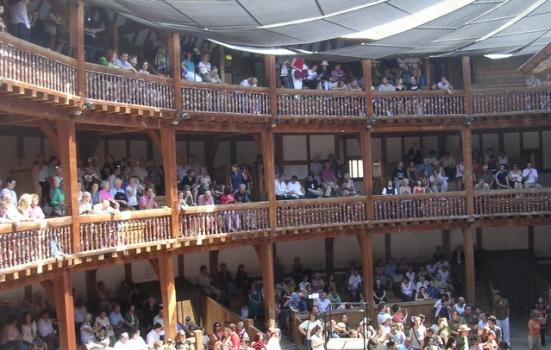 Back in April 2018, I wrote a post for Tourette’s Hero called 'Stop talking and start relaxing', sharing my frustrations about the pace of change surrounding relaxed theatre performances. These are performances that make a number of small, low- or no-cost provisions to ensure they are more accessible to disabled or neurodivergent people. They are particularly necessary for those for whom the usual conventions of theatre behaviour might be a barrier to seeing the piece – people who make involuntary noise or need to move around, for example.

In last year’s post I looked at the programmes for ten high profile London theatres to see how many relaxed performances they were holding. The numbers were very low, with only three relaxed shows being held across all the venues in the following year.

The pace of change is shatteringly slow, and there is no reason why it should be

I shared my post on Twitter, making sure all the venues were included in the tweet – but not one responded. I am still frustrated by the pace of change, so I decided to revisit the exercise to see if anything at all has changed.

I’ve been advocating strongly for relaxed performances for the last five years. I’ve delivered training to venues and theatre companies, and for a while I felt optimistic that the momentum around access was growing. But the pace of change is shatteringly slow, and there is no reason why it should be.

Here are this year’s stats:

Just as last year, most of these venues had carefully-worded information about relaxed performances and why they just weren’t offering many or any. One venue’s access page just said “Relaxed Performances: TBC”.

Eight out of these ten institutions are Arts Council England National Portfolio Organisations (NPOs). In just one year (2019-20) they will receive £65.5 million in public money. Between them all, the eight NPOs are holding just four relaxed performances, all of which are children’s shows. This means that for me and for many other would-be theatregoers who need relaxed performances, these institutions have nothing.

I selected these ten venues because of their scale and because they’re representative of the situation in the wider sector. I’m certain they’re far from alone in their response to the call for relaxed performances.

Some people may think, ‘that’s all very well, but surely it’s quite a niche requirement’ – but they’re wrong. 22% of the UK population identify as disabled, and while of course not all these 14 million people will have relaxed performance as an access requirement, a good proportion will. In fact if you add up the number of people living in the UK with five of the impairments that might make relaxed shows helpful, you get to in excess of 8 million people.

So while there are eleven more performances than last year, that’s still only 15 performances across these ten theatres.

If the rate of change continues at this pace, it will take until 2028 to get 100 shows a year – that’s almost a decade away, and 100 shows a year is still only around 3% of all the performances at these ten venues.

I’m tired of saying the same thing, making the same points, speaking at conferences and drawing attention to the barriers and what needs to be done to dismantle them, only for the situation to remain largely unchanged.

Of course there are some venues making concerted efforts to change. The Albany in Deptford feels central to the local community and is home to the amazing Heart n Soul, who promote learning disability culture. Shakespeare’s Globe has a consistent and confidently delivered programme of relaxed performances. For the last two years I’ve been working closely with Battersea Arts Centre to help them become a relaxed venue where assumptions about audience behaviour are turned on their head, with all shows being relaxed unless there is a clear creative rationale for why not.

I would like publicly funded NPOs to be required to deliver a consistent offer of captioned, BSL interpreted, audio-described and relaxed performances. I would like them to have to disclose the percentage of shows that they are making accessible in each of these ways as part of their funding agreements.

I shouldn’t have to spend hours trawling through theatre websites to work out these statistics, but in the absence of meaningful change I feel I have little choice but to continue to call out this inequality.

Once again, with all my heart and as much politeness as I can muster: please can we stop talking about relaxed performances and start providing them.

Jess Thom is an artist, activist and part-time superhero. She co-founded Touretteshero in 2010 as a creative response to her experience of living with Tourette’s syndrome.

This article has been updated to reflect the fact that the Lyric Hammersmith is holding one relaxed performance in 2019.

Relaxed performances: why the sector has to do better