How can rural voices be heard?

With metropolitan bias prevailing at both a national and European level, the best hope for rural arts organisations lies in collaboration, argues Ralph Lister. 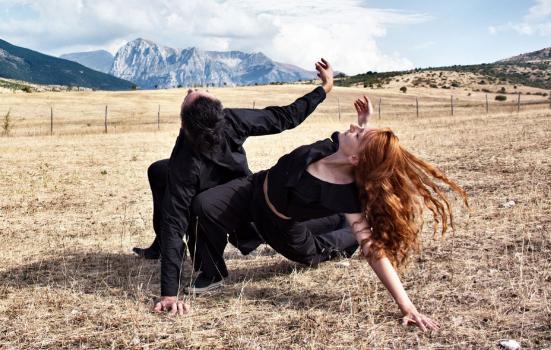 In the midst of the glum, introspective navel-gazing associated with Brexit, Take Art has been busy working on projects with partners in Estonia, Italy, Lithuania, Romania and associates in Norway, Sweden and Cornwall (Carn to Cove). We also successfully led a Creative Europe-funded project application entitled SPARSE (Supporting & Promoting Arts in Rural Settlements of Europe), which kicked off last September and runs until December 2021.

Subsequent to that and with a touch of serendipity, in January we were invited to become one of 38 partners (including UNESCO) in Ruritage, a large-scale research project, with a €10m budget funded through the Horizon 2020 programme.

We started as a rural touring organisation in 1987 and have developed, tweaked, improved and survived local authority cuts since then. The model of building a grounded relationship with village volunteer promoters to put on shows aimed at a cross-section of the rural community is a powerful way for artists to create experiences within a community context, and one that is worth sharing and advocating for across Europe.

In addition, the challenging funding environment has obliged us to look at ways of diversifying our funding sources. This challenge has been felt particularly by rural-based arts organisations, as shown in Arts Council England’s Rural Evidence and Data Review 2019.

SPARSE will run over the next three years with 20 village promoters putting on shows, supported by us and Carn to Cove. Towards the end of the project we will create a new European Rural Touring Network. When an Italian promoter was asked why they wanted to be part of the project, they said they wanted to bring high-quality culture to their area. In response, a Romanian promoter said they agreed and were pleased to hear other promoters from other countries saying the same thing, since they thought they were the only ones thinking that way.

SPARSE is a small-scale Creative Europe Co-operation Project. The British Council’s Creative Europe Desk was a useful source of information, while Euclid was experienced in supporting the development of the bid.

Ruritage, a pan-European research project, aims to document and share rural regeneration examples of good practice in six areas: arts and festivals, migration, resilience, pilgrimage, local food and landscape. Co-ordinated by the University of Bologna, the project invited us to be a partner profiling rural touring as an example of rural regeneration. It will enable us to initiate a new ‘culture and agriculture’ crossover project, and by working with a partner in Puglia in Italy we will explore ways of working to support local sustainable food production and distribution through cultural projects.

Since we attended a Creative Europe meeting in Brussels last September, Brexit has been a nagging source of anxiety. Uncertainty and political machinations nationally had an impact on our morale and we were relieved to hear about the UK Guarantee Scheme in the event of a no-deal Brexit.

There are several registration portals relating to different European-funded programmes, and until the Brexit question is settled, there could be further developments. Throughout this time, our approach has been to assume the best outcome and work on that basis.

The logistics of working rural to rural are challenging. The travel is intensive, requiring internal travel within one’s own country and the country you are working with, bearing in mind most airports are adjacent to cities. It is also tiring. The benefits, however are immense.

No country can be defined by its major cities: the sense of sharing common values and concerns rural to rural is immediate, and gives impetus to our work. Typically, the political agenda at European as well as national level is driven by a metropolitan bias, and if a rural voice is to be heard, it’s best achieved through collaboration and unity.

As a parting thought, entry into a European cultural world is akin to entering into its bloodstream and opening up a new set of opportunities. We were discovered by Ruritage through SPARSE, and that provided a platform for us to start discussions with the 38 partners about other potential pan-European projects.