Why there should be more art in prisons

When prisoners are actually requesting more arts activities, why are we not giving them what they want, asks Jess Thorpe. 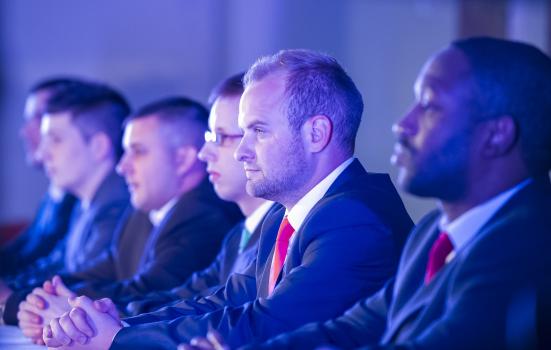 It is now ten years since I first saw the results of an arts project in a Scottish Prison. I was there to observe the result of a week-long drama residency facilitated by fourth-year students on the Contemporary Performance Practice programme at the Royal Conservatoire of Scotland (RCS). The students had just completed a module in the arts in criminal justice settings with Manchester-based Theatre in Prisons and Probation (TIPP) and were now presenting a performance they had made in a week with adult men in HMP Perth.

The performance was successful. The men were noticeably overwhelmed by the applause they received and the outcome of their efforts. Speeches followed from the students, the Scottish Prison Service and staff from the Learning Centre. This had been about more than just doing a ‘wee play’.

This had been about working together, about the use of imagination to meet challenges and about moving outside their comfort zones. This had been about listening to others, working together and the building of confidence. They should all now receive positive affirmation for the work they had put in. Everyone should feel proud of themselves. Everyone had done well. It was just proof of what they could achieve if they set their minds to it. We all gave a round of applause. This is what you do at these things.

It looked like it was over and everyone began to shift in their seats when a man stands up and addresses the audience. He’s from the cast – a prisoner. He looks directly at me, most probably because I am sitting next to the Deputy Governor, and what follows is a very clear question: “So, if this has worked so well for us, then why aren’t we able to do more of it?”

Doing more of it

It is a question that has remained with me ever since. It felt like a provocation.

It is a question that led me to use my role at RCS to initiate a weekly class in HMP Perth and develop similar projects in prisons for men, women and young offenders. It inspired me to be part of setting up the Scottish Prison Arts Network (SPAN) and support other artists in their work in this area. It took me to visit creative projects in other places and work with colleagues in prisons in the US to share practice and develop new ideas. It also eventually would lead me to resign from my job as Lecturer in Applied Performance and take a new, specially created role as the first ever Lecturer in the Arts in Justice.

This is because, when I started looking at this area of work, I felt that I was able to see clearly why art works in an environment like this, and the reason why it is so important and crucial – to make sure we are doing more of it.

It always comes back to the central question: what is art for?

For me, whatever the form, art is the way that we as human beings make sense of the world around us and reflect on our place within it. It offers us the valuable opportunity to share this exploration with others and find a way to connect. It provides us with the chance to relate, find common ground and understand things from another point of view. It asks us to explore our human-ness and the value of community.

These might sound like obvious ideas, things that many of us get to experience as part of our everyday lives, but in the context of a prison they are radical. Transformative. For this is the practice of the social in the most anti-social of spaces. This is growth not destruction. Collaboration not isolation. A bridge not a wall.

And when we consider these ideas alongside the central goal of the justice system (however long the process) of rehabilitation and the eventual re-entry into society – the place where the rest of us live – the reasons why we would want this feel so clear. Why it makes sense that we release individuals who have spent time having experiences like these. Imagining new narratives and new possibilities. Introducing themselves through their successes instead of their failures.

This is why as an artist and a teacher I will continue to engage with the question asked so clearly that day in HMP Perth.

Jess Thorpe is Lecturer in the Arts in Justice at the Royal Conservatoire of Scotland.
www.rcs.ac.uk
Tw @thorpe_jess

Why there should be more art in prisons