Are you sitting on a gold mine? Patrick Towell believes the arts sector is missing out by not exploiting its intangible assets. 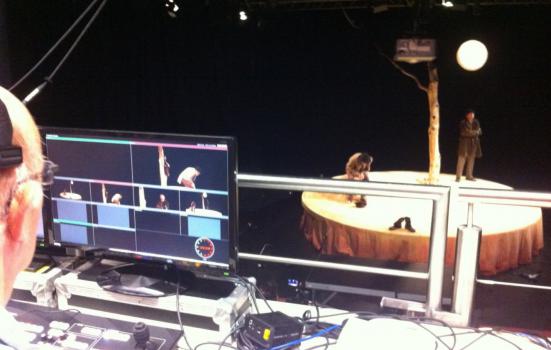 In the recently published strategy of the government’s Intellectual Property Office (IPO), Baroness Neville-Rolfe, Minister for Intellectual Property, comments: “The UK has a great creative sector... However, data collected by the IPO suggests that IP is being underutilised, leading to lost opportunities. For example, over 90% of firms have not valued their IP and only one in ten has provided any IP training to staff.”

When Golant Media Ventures did a study for the IPO on funding and exploitation of intellectual property and other intangible assets, we took account of the needs of cultural organisations. Most enterprises invest in ‘assets’ – in accounting terms, a resource created from past activity from which they aim to obtain ‘future economic benefit’. Tangible assets such as buildings and equipment appear on the balance sheets of arts organisations and commercial businesses alike. The UK invests more in intangible assets than it does in tangible ones, but in the arts our ways of thinking about money and business models haven’t quite caught up with this yet. As a result, we often either don’t realise that some of our resources are business assets or we don’t perceive the value that can be released by certain combinations of those resources.

Intangible assets can be theatre productions or films – and their components (a director’s book, set, costume or prop designs, script) or creative works derived from them (production photos, work in bitesize formats suitable for social media). Similarly in the visual arts, artworks can be reproduced in a variety of formats or form the basis for publications, documentaries, apps and so on.

More hidden intangible assets include brands, names, domains and social media identities. Content assets can be still and moving image, sound, text or other documents (archive and contemporary). Personal data assets can record your knowledge of and the relationships you hold with people and other organisations. Other data can describe content and rights in it or represent intelligence about how you are achieving your cultural, public benefit and financial aims.

In a Live and Digital project, funded by the Digital R&D Fund for the Arts, we worked with Miracle Theatre, a touring theatre company based in Cornwall, to test the viability of ‘Theatre for Screen’ (whether live or recorded) for small-scale producers. Could it help a company like Miracle reach wider audiences and earn additional revenues while retaining a high-quality audience experience?

We developed a business model template that can be used by other arts and cultural organisations. It addresses how to think about and represent the hidden value in investments made by arts organisations alongside others in intangible assets; how the resulting assets reach audiences, customers or other users and make money; and how risk is managed and rewarded across creatives and co-producers.

Armed with the knowledge, skills and confidence that the project developed, Miracle has gone on to release a micro-budget feature film version of its stage production ‘Tin’ to cinemas and across four online platforms. This release in its first two weeks alone increased Miracle’s audience last year by more than 30%, demonstrating demand for quality local content.

We also worked with the RSC to develop a strategy for the management and exploitation of its archive of still and moving images, and support its implementation. We started by building up a detailed picture of its rich and valuable holdings of still and moving images. Barriers we overcame together were a lack of knowledge of rights, consistent information standards and systems to manage images. Now the RSC picture library not only saves significant internal time and commissioning budget (covering the staff time and technology costs to run it), but also generates revenues (and greater reach and awareness) through licensing.

This project reinforced a recurrent theme in our research, practice and the advice we give: that cultural, public and commercial value rarely comes from one type of asset such as a picture. The hidden value almost always accrues from the effective exploitation of combinations of brand, collections of content, data about content, related intellectual property rights, relationships and organisational knowledge and skills.

Both the projects described above also demonstrate that technology, creative and commercial changes are all required for success. Changed roles, team structures and skills always play a part. New technologies and data – and partners to work with them – are crucial. And understanding the creative components of your content or skills, as well as the creative aspirations of your users, customers and audiences, is the magic that makes what you do stand out from the crowd.

This article is based on a talk given to the Theatre Futures event in Leeds in October 2015.