Where does our growing drive to work in partnership come from? And is it anything more than a way of sweetening the bitter pill of funding cuts? Dr James Doeser shares his thoughts. 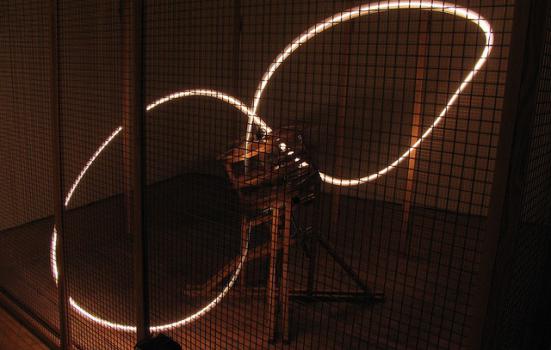 You may have read about a new report published by King’s College London here in ArtsProfessional two weeks ago. The report looked at partnerships in the arts, and the bulk of the report was based upon a detailed survey of organisations up and down the country who took the time to reflect on how they go about the business of partnering. As part of the project I was asked to look at the history of partnerships in the UK, and to try and answer the question: how did we get here?

As a researcher, answering the question was not an easy task. ‘Partnership’ is hard to define. It’s something that appears in various guises in the literature, and it’s something that people are only keen to document when it succeeds.

I turned first to the Annual Reports of Arts Council England, and landmark documents like John Maynard Keynes’ 1945 article for ‘The Listener’, Jennie Lee’s 1965 ‘Policy for the Arts’, John Redcliffe-Maud’s 1974 report for the Gulbenkian Foundation, along with a handful of material documenting the launch of grand projects like the National Lottery and Creative Partnerships. It was an opportunity for me to take another look at the material I used to inform ‘Step by Step’ (an earlier King’s Cultural Enquiry that examined the evolution of policy on the arts and young people).

I was able to identify four general phases in how partnership has been conceived of, in cultural policy terms. These are outlined in the report under the headings: (Re-)Building an infrastructure: 1945–65; Working better together: 1966–90; The obligation partner: 1991–2001; and Partnership abounds: 2002–15.

the growing impetus to partner has grown out of an increasing complexity in the UK’s cultural infrastructure, ongoing scarcity of resources, and a desire to formalise and professionalise the sector.

What became clear as I worked through the historical material was how the growing impetus to partner has grown out of an increasing complexity in the UK’s cultural infrastructure, ongoing scarcity of resources, and a desire to formalise and professionalise the sector. There were also moments in the research where I was left thinking the more things change, the more they stay the same.

For example, there was one such moment when I stumbled across the announcement of this appointment in an old Arts Council Annual Report: “Mrs. Freda McLean, who took up her duties on April 1st, 1949, and became responsible for the increasing programme of collaboration with Local Authorities’ concentrating‘on new regional experiments, particularly those sponsored by Local Authorities, and to this end to co-operate closely with Regional Directors and with arts clubs, arts centres, and similar bodies in all parts of the country’.” I am informed that this pretty much resembles the job description of Paul Bristow, the current Director of Strategic Partnerships at the Arts Council.

Throughout the decades, and especially from the 1970s onwards, the recommendation to partner has featured in sector-wide reviews, suggesting that ‘partnership’ rhetoric is outpacing the reality. In 1974 Redcliffe-Maud was highly skeptical that the partnerships puff was making any real difference on the ground. He recommended that the Regional Arts Associations and the Arts Council “convert their existing partnership into much more of a reality than it has yet become”.

So where are we left today? The cultural sector we inhabit is an inheritance. This is what gives it strength and weakness: strength that derives from buildings and artistic traditions that enrich our country, but also weakness insofar as this heritage can be a burden for those whose instincts are to reform or innovate. Policymakers are not presented with a blank slate. Thankfully, we do not live in 1945. This means that much of the leverage that policymakers and funders have is used to try and make the system work better, to be more efficient and more effective. Consider the Cultural Education Challenge from earlier in the month. This isn’t about new institutions or new money – the core of the policy is about partnership and co-ordination.

But remember not to confuse rhetoric with reality. The cultural sector can be a factional and competitive place. And politicians and policymakers have looked to partnership as a means to sweeten the bitter pill of funding cuts. If the sector is being asked to do more with less then inevitably this means doing things in partnership. The history of the sector suggests that partnerships will always be with us, but so will the urge to partner more. Does this mean we’ve yet to get it right?

The Enquiry has brought together the views of almost 100 organisations across the country; it benefited from the expertise of 16 advisers; and listened to voices from every sector – from museums, through performance to community arts.

It is, almost certainly, the most comprehensive and up to date survey of partnership working in the UK’s cultural sector today – and I very much hope that its rich insights and thoughtful considerations help us all towards a deeper understanding of the nature, practice and complexities that make partnering, at its best, an art.

The art of partnering is the final report of a Cultural Enquiry in collaboration with the BBC that explores the role partnership plays in enabling publicly funded cultural institutions to enhance the quality and diversity of their work across the UK. Read the report - including the Enquiry’s findings, the history of the term ‘partnership’ within cultural policy and detailed case studies - here.