Doing it their way

Are female theatre directors in the UK successful because they followed the linear, patriarchal route – or did they do it their own way, asks Amy Golding. 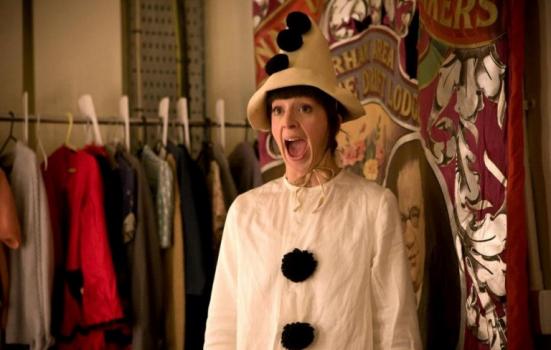 Young female theatre directors have more role models in 2015 than in the past, but the structures and progression routes to leadership roles in theatre are still not working for them. The 2012 Guardian survey with Pentabus Theatre showed women are still underrepresented in theatre by a ratio of two to one. On the boards of the top ten subsidised theatres in England 33% were women and only 36% of artistic directors were women. I worked in a regional theatre for four years as the only woman in the creative team. I was at least ten years younger than my male counterparts, none of whom seemed to be going anywhere in a hurry. I loved my work and the organisation, but I was hungry and ambitious and struggled to work out how I could progress. I felt the constant need to prove myself and win approval. I look back and I wonder why. Was it my age? My confidence? My gender? All three? Or was it that working in a male-dominated industry within a patriarchal structure is challenging as a woman, whatever your age, confidence and experience?

Last year, through my fellowship with the Clore Leadership Programme, I met many female theatre directors at various stages of their career and I am beginning to see more women taking big jobs in theatre. This change is hopeful but it’s slow. I can only name about a dozen women in high-profile leadership roles.

This idea of proving oneself seems to come from the need to become established early in your career so you can disappear for a while if you want to have a family, return and still get opportunities

This idea of proving oneself seems to come from the need to become established early in your career so you can disappear for a while if you want to have a family, return and still get opportunities. This fear of being forgotten is very real for a lot of women in the industry, as is the effect that motherhood has on confidence. Annie Rigby, Artistic Director of Unfolding Theatre, said: “Having recently become a mother, with all the lack of sleep and time that goes with that, my professional confidence has taken a knock. I think this must happen for men just as much as women, but they don’t seem to talk about it. I sometimes wonder whether it would be better not to talk about it. By admitting my own limitations and fallibility, do I end up getting others to doubt my ability?”

The first thing that Vicky Featherstone, the Artistic Director of London’s Royal Court Theatre whose career started under Jude Kelly’s mentorship at the West Yorkshire Playhouse, said to me was: “I’ve never ever worked for a man. I have no idea what it’s like to work for a man. Not by choice, but it’s definitely influenced who I am as a leader.” Vicky seems to be a confident and authentic leader and I wonder how much of this is due to working in a female environment.

Gemma Bodinetz, Artistic Director at Liverpool Everyman and Playhouse, has worked mostly for men. She assisted and was mentored by some renowned male directors including Max Stafford-Clark and Trevor Nunn. When I met with her at Liverpool Everyman, she described her view of herself as a director when she was younger: “I was arrogant, a horrible person. I’m much nicer now.” I was intrigued by her perception of her younger self as an arrogant, young woman rather than confident and ambitious, and wondered how many of her male counterparts would describe themselves like this.

Both Gemma and Vicky commented on the noticeable difference in confidence between emerging female and male directors. Gemma described what it was like sitting on the panel for the Regional Theatres Young Directors Scheme (RTYDS), and seeing two directors – one male, one female – with equal experience and skills on paper. In the interview situation, the male director would say with confidence: “I am a director, I want to be the next Michael Grandage”, while the female director would say: “I think I want to direct, I’m not sure yet. I maybe just need a bit more training.” Is it about confidence, or is it about the language young men and women use?

Before my Clore Fellowship, one of my biggest hang-ups was that I didn’t use a ‘posh’ vocabulary when discussing theatre. I thought that I couldn't be a leader without a sophisticated vocabulary. As a director, I am very clear about the kind of theatre I like and want to make, why I do it and my artistic vision. But it took a year of growing in confidence and thinking about authenticity before I could communicate this in my own way without worrying about my use of language in certain contexts. I began asking where this stemmed from.

Drama in school or youth theatre is often where young people have their first experiences of creating theatre, and youth theatre is where I started out. Tonic Theatre’s report on the quality and quantity of roles for girls in youth drama, Swimming in the shallow end, highlights a problem within the youth drama sector: the huge majority taking part are girls, but there are far fewer plays with female roles. Women continue to be underrepresented in artistic roles in theatre and are less visible in leadership positions, despite the evident enthusiasm of girls at school and youth drama level.

The traditional route into directing and leadership roles in theatre is a linear, patriarchal tradition. Vicky Featherstone said: “The women who are exceptions are those whose experiences and learning has not been part of that treadmill of director training. They are people who have much more random introductions to theatre and work in different ways.” Young women who are doing it their own way tend to be more confident, and more women are creating their leadership roles by setting up companies with their own rules and structures. It will be interesting to see whether these female directors reject the traditional routes and patriarchal structures in theatre, find their own winding journeys and create their own flexible structures to work within.

What about the mainstream? If young women are doing their own thing, will the traditional patriarchal theatre world continue unchallenged? Or will it recognise the changes it needs to make to provide an environment where both men and women can work equally within the industry?

As Stella Duffy said to me: “We are creative people! We can create flexibility in the arts… let’s look at the generation we are in!”

The full version of this paper can be found on Clore Leadership website.

Doing it their way
Fringe requirements