A production at last

Securing funding to produce its own play for the first time has been the breakthrough that Marlowe Theatre in Canterbury has wanted for some time, says Mark Everett. 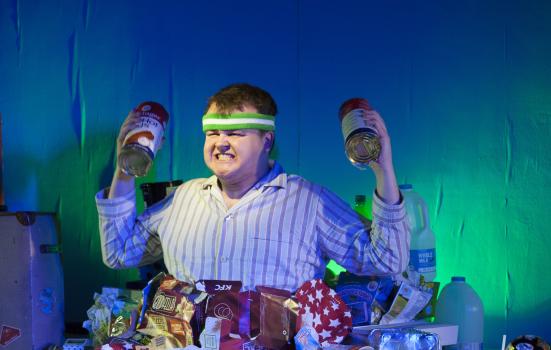 October 2011: a new beginning for the Marlowe Theatre in Canterbury. We had closed in March 2009 for a £25.6m redevelopment and I can still remember the period leading up to opening, and the few weeks after it, as if it were yesterday. We looked and planned ahead, but in those first few weeks, months even, we predominately worked on a day-to-day basis. It was not easy, and there were challenges, but on reflection, the fact that things would change and get easier was always in the back of my mind. There was something else niggling away as well…

Three years on, we have firmly established ourselves. The country’s big producers (Cameron Mackintosh, Bill Kenwright, Kenny Wax et al) want to bring their shows to us. Last month, we narrowly missed out to Sadler’s Wells and Shakespeare’s Globe in the Renee Stepham Award for best presentation of touring theatre (UK Theatre Awards). Not bad for a relatively new regional theatre. And previously in 2012 we won the Achievement in Marketing award. But still, that niggle…

So, as a successful presenting theatre, with a wide spectrum of productions, what more was there to do? Carry on with more of the same and continue to grow in our education and outreach work, as well as our fundraising, and carry on creatively, with our workshops for actors, writers and young people.

While all this was going on, quietly and behind the scenes, we applied for a Grants for the Arts from Arts Council England (ACE). Unsuccessful the first time round, we found out in July that we had been awarded nearly £23k and along with philanthropic funding by the Marlowe Theatre Development Trust, this enabled us to do something that we had always intended to do: become a producing theatre. The process moved quickly from there. We had already earmarked Beached by Australian writer Melissa Bubnic as the play for us. This darkly funny love story about Arty, the world’s fattest teenager, felt right for the audience we had developed in our Marlowe Studio. Niggle no longer.

The strong creative team was in place. And just as importantly, our home team was absolutely raring to go. It was a steep learning curve for us all but the team worked positively together and created, ran and promoted what was a successful first production. It did not go entirely smoothly, but we were able to overcome any problems we had fairly easily and unnoticeably (at least as far as our audience was concerned). We certainly did well with home ticket sales, but as producers, we were also responsible for selling the show at Soho Theatre in London as well.

Our marketing and press department really came into their own here: the chance to work on a home-grown production that was transferring to such a venue tested and teased them, but was ultimately a hugely rewarding experience. Working with Soho was equally rewarding. I felt we had to be clear from day one as to our venue choice and Soho certainly shared our commitment and passion for the production and the promotion of new writing. Appropriate staging of a new play is crucial and Beached suited Soho Upstairs as much as it suited the Marlowe Studio.

So, what next? The ACE grant has opened a door for us, and taken us on a journey we cannot wait to repeat.

Mark Everett is Director of the Marlowe Theatre, Canterbury.
www.marlowetheatre.com

A production at last