Insight from ‘big data’ reveals conclusively that arts attenders who book at multiple venues are more likely to be repeat attenders than those who book tickets at one venue only. But there’s a lot more besides, as Hannah Mitchell explains. 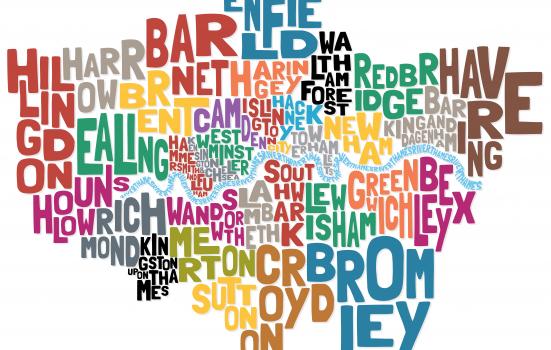 In ‘My audience, our audience’, our first article in partnership with ArtsProfessional, we talked about how ‘big data’ can provide a much richer (and more accurate) picture of an individual arts attender than can be drawn from the perspective of any single arts venue. But the story doesn’t end there, because this data can also be used to create a deep level of insight for arts organisations – insight that will enable them not only to understand, but also to reach out to new and existing audiences more effectively.

Purple Seven holds ticketing data from around 200 venues, representing a spend of almost £1.8bn over the past 3 years, covering about 70% of all transactions that took place during that time. That’s not just big data – it’s absolutely enormous. And it tells a very interesting story. Our detailed examination of the past three years of transactions has revealed no less than 18 critical ‘dimensions’ which define the behavior of the UK’s arts attenders as a whole, and enable small clusters of households to be considered in the wider context of audience behavior in general. When are they most likely to attend? How far in advance do they like to book tickets? What types of show appeal to them most? How many arts venues do they go to? How far are they willing to travel? I could go on. Just to give a flavour of the value of this knowledge, early analysis has revealed conclusively that arts attenders who book at more than one venue are much more likely to be repeat attenders at all of these venues than those who book tickets at one venue only – a great incentive to get going with collaborative inter-venue marketing activities. It’s clearly a win-win approach.

This type of analysis provides particularly powerful insight into potential new audiences, both at the macro level and for individual organisations

But perhaps most significantly, this data allows an individual venue to compare the behavior of its audience with the arts behaviour of a particular area, town or region – whatever is most useful. Take the dimension of ‘time of booking’, for example. Let’s suppose that analysis of a venue’s ‘Arts Dimensions’ reveals that its customers have a tendency to buy their tickets much later than the average for all arts attenders in the area. Why is that? Are its customers hanging on for last-minute ticket deals? Is its season brochure failing to convey a ‘don’t miss out’ message? Do other venues have more successful early-booker schemes for Friends? Or is there a widely held perception that this isn’t the sort of venue where you need to book ahead? Insight into the bigger picture reveals issues that can be dealt with at the individual venue level.

This type of analysis provides particularly powerful insight into potential new audiences, both at the macro level and for individual organisations. If a venue can identify an area within its catchment where average arts attendance is high, yet its own audience is relatively small, there is clearly a potentially fruitful gap to be filled. The venue can then more accurately target ‘above the line’ marketing, such as posters, advertising and leafleting, to reach the new audience that is currently off its radar as they aren’t on its database. The wider picture is also important. Analysis can reveal very precise geographic areas of the country where residents show a lower propensity to attend the arts than the national average. Being able to demonstrate this will put arts organisations one step ahead in making a powerful case for funders’ support for arts development activity to reach the type of audiences that both the Culture Secretary and Shadow Culture Secretary see as being a priority for the arts sector.

Hannah Mitchell is Client Services Manager at Purple Seven, previously CRM and Research Officer at Curve Theatre, Leicester. This article is the second in a series of articles on the theme ‘Insight into Audiences’, sponsored and contributed by Purple Seven.
www.purpleseven.co.uk

Arts Dimensions is a new data profiling service from Purple Seven. To find out more about your venue’s own Arts Dimensions, please contact Hannah Mitchell on 01926 203040 or Hannah.mitchell@purpleseven.com. All ticketed arts organisations can join the UK’s biggest arts data warehouse completely FREE of charge, and receive a FREE quarterly report on their customers in context with the UK picture of arts attenders. For more information contact enquiries@purpleseven.com.

Less is definitely more
Return of the customer
Capture the customer
Mobile technology to the rescue
Enjoying the Christmas rush
Seizing the moment
Christmas starts early
Context is everything
My audience, our audience

My audience, our audience