In a relatively buoyant global art scene, Mauro Herlitzka looks at the increasing interest in Latin American art, aided by an acquisition programme for UK galleries. 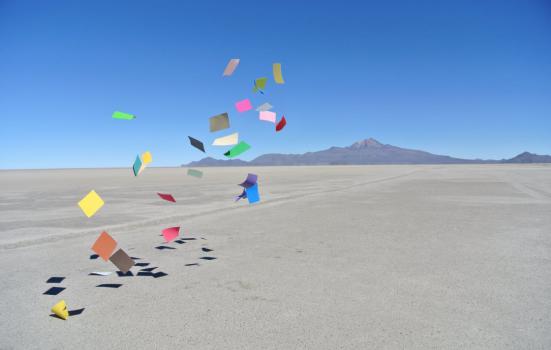 If we look back at the last 20 years, we can see how the international art market has opened up and how increasing funds have been invested in art. The prestige of art collecting, the long-term value of investing in art and the increased number of art buyers are both causes and consequences of this. The creation of art itself is not solely an asset of the traditional art-producing countries. In the last decade in particular, museums, curators, researchers and market operators have started to look at art on a global level, particularly contemporary art, and they have been rewriting art history. There has been a re-evaluation of art creation in countries considered peripheral, and which have since become part of the global art scene.

Latin America has always had a strong art-collecting tradition, from pre-Columbian, Vice-regal times. It has also had, for more than 100 years, an important art structure in terms of museums, galleries and collections, and a strong internal market that has been easily assimilated with the global system. Hence, throughout the twentieth century a strong Latin American art market has existed, especially in Mexico, Brazil, Uruguay, Venezuela and Argentina, countries which have known 30 years of democracy, more political stability and richer economies.

My personal definition of international art is different to that of others. To me, there is no distinction between art from traditional art markets, such as Europe and the US, and art produced in markets such as China or Colombia, traditionally considered ‘international’. I prefer to see it that the market was simply stronger in Europe and the US, while you can now see a rocketing expansion in China, India and Brazil, naming just some examples.

Increasing amounts of money are being spent on art. More and more people are recognising the investment potential of art and how it maintains its value over time. Even regions or countries with smaller art markets have become part of the international circuit. The international art world has a wide structure. While there are similarities between them, the balance of museums, fairs, biennials, galleries, collectors and foundations is different in each place, and diverse organisations support their own systems. All these organisations, plus auctions and the press, play a key role in the creation of a global art scene, both historically and more recently with contemporary art. More under-developed economies want to be part of this world and have developed their own new relationships with art world centres.

Art from different countries is sought after by museums and collectors who understand its importance in an art historical context. They recognise that the quality is there and that these works are still undervalued, and that the market reacts to the opportunity to buy art that should be worth much more. The collections formed by central institutions and private collectors, as well as more locally in each country or place, also contribute to this increased interest.

Countries which have growing economies develop their art collections as a way to identify and support their own culture and market. An under-developed country such as Cuba has no market, but recognises the importance of supporting its culture and artists. The launch of the Havana Bienalle, for example, has been a way of opening the window on Cuba’s art scene, now recognised worldwide. The creation of fairs like PINTA London and our sister show in New York have built relationships between the artistic centres, offering new opportunities. Sometimes in countries with governments that do not offer active support, this is replaced by galleries, private foundations and collectors. Overall, there is a strong growth rate in the Latin American art market. However, if an economy collapses art prices will go down, with only those quality works of art which are globally recognised likely to maintain their value.

We recognise how important it is to help museums to acquire such artworks, which in turn has an impact on purchases made by other public and private collectors

To help support this market, we launched the PINTA museum acquisition programme when the fair was founded. The programme awards funds to museums to enable them to acquire Latin American artworks for their collections. We recognise how important it is to help museums to acquire such artworks, which in turn has an impact on purchases made by other public and private collectors, and on the market as a whole. We have developed a close relationship with the participating institutions over the years and a lot of works are now in these museum’s collections. It has helped in a market where there is a lack of public funds, but there is still room for growth. As a result of this programme, galleries, collectors and art professionals follow PINTA, and other organisations are invited to join us to expand this unique collecting platform. In different ways, this programme is now being replicated at fairs in Buenos Aires, Mexico, Sao Paulo and Rio de Janeiro. In the UK, organisations such as the Art Fund and Outset help museums to buy art, and similar organisations exist in Spain.

This year the museums invited to participate in the programme were Tate Modern, Middlesbrough Institute of Modern Art (MIMA), the Essex Collection of Art from Latin America (Escala) and the Centre Georges Pompidou in Paris. The choice of the works and the negotiations take place between the museums and the galleries. By the end of this year’s show, two of the four institutions had already confirmed purchases of works by artists at the fair – Escala bought two 1970s conceptual drawings by Chilean artist Cecilia Vicuña at Jane England and Company, and MIMA bought a wooden installation and preparatory drawings by Angola-born, Portugal-based artist Angela Ferreira at Marlborough Contemporary.