The World Cities Culture Report reveals how culture is as important as finance and trade to the success of a city. Munira Mirza explains why. 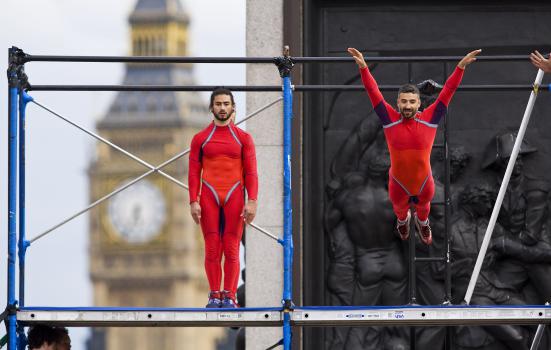 If it is beginning to fade into a distant memory now, there is no doubt that we will look back on 2012 as an extraordinary, once-in-a-lifetime year for London. Not only did the capital stage the best ever Olympic and Paralympic Games, it hosted a cultural festival, with a range of creativity and talent that crystallised London's status as a great world city for culture.
But what makes a world city for culture? In an attempt to answer this question, the Mayor of London commissioned a ground-breaking study of a dozen globally significant cities: Berlin, Istanbul, Johannesburg, London, Mumbai, New York, Paris, São Paulo, Shanghai, Singapore, Sydney and Tokyo. Published in partnership with the researchers BOP Consulting, and using more than 60 indicators, the World Cities Culture Report 2012 was the first ever systematic attempt to gather data on cultural activity and infrastructure in major cities.

The result is fascinating, particularly for anyone with a general interest in culture and urban life. The report shows how embedded culture is into the fabric of these great cities and how, when done properly, it can play a central role in making a city a great place to live, but also create prosperity by attracting international visitors and inward investment. Take London, which has 173 museums, 214 theatres, more than 380 public libraries and almost 350 live music venues. These and other venues support a huge range of artistic activity: more than 32,000 theatrical performances a year, watched by more than 14 million people, as well as 17,000 music and 2,750 dance performances.
The report demonstrates that culture is as important as finance and trade to the success of a city, often sitting at the centre of public policy. For example, Shanghai has placed culture at the heart of its own five-year plan for growth and New York invests millions of dollars of public money in culture, as a means to attract tourists. The report shows how much we can learn from other cities' experiences, both in the UK and internationally, and what also makes them distinctive.
For London, a city with historically rich cultural assets, the Olympics and Paralympics were an obvious opportunity to show them off. As part of our celebrations for the Games, hundreds of thousands of people enjoyed high jeopardy performance atop landmark buildings by Elizabeth Streb's incredible dancers; they crowded into Piccadilly Circus for a real-life circus; and they bounced happily on Jeremy Deller's touring inflatable replica of Stonehenge. London’s eclectic mix of contemporary and historic, international and homegrown makes our cultural landscape particularly appealing and the opening ceremony of the Games exemplified this.
At the same time, the report underlines the need to have an eye on the future, particularly during economic recession. In London, the creative industries have remained strong − some have even grown − despite the downturn. However, public investment remains essential to bringing in other sources of private finance. For this reason, we continue to invest in culture and the creative industries, such as in design and film, and we work with Arts Council England and the Government to ensure that the cultural sector is supported in other ways, through the planning system, visas and education, to name but a few.
Since the Games, there has still been plenty to keep people coming to London. The London Film Festival, Design Festival, Frieze Art Fair and London Fashion Week have brought in thousands of visitors, journalists and businesses to the capital over the last two months. This December, the ICA is hosting a retrospective of the Fourth Plinth programme and we are also looking forward to the reopening of the Olympic Park next year. If there is one thing to be learned from the study of world cities, it is that they cannot rest on their laurels. We certainly do not intend to.
Munira Mirza is Deputy Mayor for Education and Culture, Greater London Authority.

The soul of the city
Successful cities
Cultural metropolis