The recent budget has propelled charitable giving and tax into the media spotlight. Mahmood Reza explains what it’s all about, and how it could affect fundraising efforts. 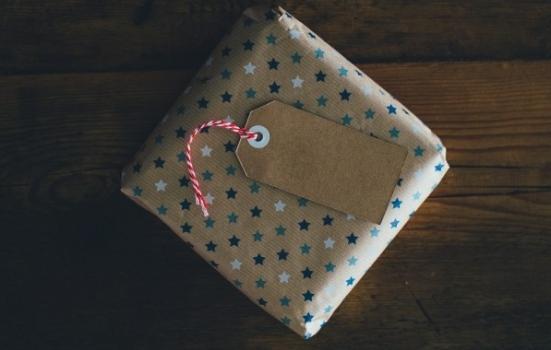 As far as HMRC is concerned, charitable donors consist of individuals and businesses, and tax incentive schemes are available for both. Donations through the Gift Aid scheme are the better known of these. Donations by individuals are treated as if basic rate (20%) tax has already been deducted, so charities can claim back the associated basic rate tax from HMRC. Higher rate tax payers can also claim tax relief on the difference between their higher rate (40% or 45%) tax and the 20% associated with the gift. When companies donate money under Gift Aid they can claim corporation tax relief on those donations, the charity receives the donation only and no additional tax. To prevent the scheme being used for ‘pseudo transactions’, donors must not receive benefits worth more than 5% of the gift in exchange for their donation, and over a year, the total value of such benefits must be less than £500.

Less commonly used are some other tax incentive schemes, income tax relief is available for gifts of shares and property to charities; and under Payroll Giving, employees make donations through their employer’s payroll scheme before tax is taken off. Where employees are seconded to charities for up to three years, the employer can claim tax relief on the wage and related costs.

Following the recent Budget, proposals are on the table for various changes to the tax incentives currently in place. At the lower end of the scale, there are quite a few reasons to be cheerful. For example, the annual limit to the value of benefits a donor may receive will be increased from £500 to £2,500. And from April 2013, some charities that receive small donations of £10 or less will be able to apply for tax repayments without having to obtain Gift Aid declarations for those donations. There will also be changes to the inheritance tax rules that apply when 10% or more of a deceased’s net estate is left to charity: in those cases the current 40% tax rate will be reduced to 36%. Perhaps more significantly, the income level at which higher rate tax (40%) becomes payable has fallen again to £34,370, a reduction of £3,030 over the past two years. Perversely this presents an opportunity to charities: many more people will become higher rate taxpayers, and through Gift Aid will be eligible to reclaim some tax on their donations.

But the headline talking point from the budget is, of course, the restriction of tax relief on individual donations. The (lack of detail) proposal is for a cap on tax relief to be introduced, the value of that cap being either £50,000 of tax relief (generated from a cash donation of £250,000) or a quarter of a person’s income, whichever is the higher. So a person earning £2m a year and giving away £1m of that will see their tax relief limited to £125,000 whereas previously they would have received £250,000 – a significant financial disincentive for higher earners. This proposal has been subsequently been presented by the Government as just an ‘idea’, that was always going to be the basis of a consultation/discussion, following an outcry that can be followed on the ‘Give it back George’ website. Clarification, and possibly a U-turn or modification, is expected in due course.

In 2007 HMRC commissioned MORI Social Research Institute to conduct research among wealthy people (defined in this study as those with an annual income of £200k+) on their views of tax in the context of charitable giving. The survey may be a few years old, but it is still of value because fundamentally human nature and people’s reactions to taxes are unlikely to change over time.

For most, tax incentives were not the main consideration when making decisions about giving to charity. Factors such as the perceived worthiness of a cause, a participant’s faith or personal affiliations appeared to be more critical. However, participants generally viewed tax reliefs very positively, and simplicity and convenience were seen as key factors in encouraging the take-up of tax reliefs and potentially increasing charitable giving. Gift Aid was by far the most well-known and most commonly used of the reliefs, followed by Payroll Giving. These two were also perceived to be the easiest to understand and most convenient to use, though there was some confusion over the higher rate tax relief element of Gift Aid, in terms of its availability and how it worked. There was also some confusion over Payroll Giving, for example in terms of the level of control that individual employees had over the donation amount and the nominated charity. However, this particular relief was generally felt to be a good way of encouraging regular donations, administered as it is via automatic salary deductions. Conversely, there was little knowledge or use of tax incentives for giving shares, securities, land or buildings to charity. These were only deemed relevant for the very wealthy (with an income over £500k), who might hold enough of these types of assets to ‘give away’.

Some individuals were heavily influenced by tax relief, particularly when large tax bills are due, and some wealthy respondents said they would consider making larger donations than they might otherwise have done in order to reduce their tax bill. For business owners, company tax reliefs were found to play an important role in shaping giving behaviour: company donations were rarely distinguished from personal donations, and company tax reliefs tended to be more widely used and understood than personal tax reliefs. This suggests that a shift in focus might be appropriate to encourage charitable giving by this group of wealthy people through the corporate – rather than personal tax system.