A culture of asking 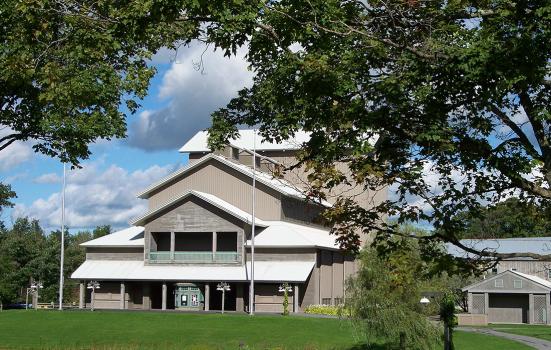 Summer festivals are particularly solicitous of donors, since they see them only once a year (Glimmerglass Festival)

We’re suddenly famous. In testimony before the DCMS, “US-style” philanthropy was cited at least 42 times (I use that figure only because I got tired of counting at that point, with many pages still unread). Jeremy Hunt is quoted as saying: “Philanthropy... is about a highly ambitious aim for this country to combine the best of US-style philanthropic support with the best of European-style public support... surely we must ask ourselves what we can learn from a country in which cultural giving per capita is £37 a month compared to just £6 in the UK?” I don’t know where that figure comes from, but we’ll assume it’s correct. But I must challenge quite a few other misconceptions about how the arts are funded in the USA. These are repeated explicitly in testimony and are the implicit base for other assertions and suggestions.

Corporate support is held up as a shining example a few times. And there are some high-profile corporate funders of the arts. But in aggregate, arts organisations in the USA receive about 4%1 of their funding from corporations (that’s less than they receive from the government). Donations from wealthy supporters are also lauded repeatedly (which leads to wails from commentators outside London of “but wealthy people here only support the arts in London”). Major donors are valuable, but the vast majority of gifts to US arts organisations come from people of modest means: the average gift is $100–200. The two other notable areas of discussion are favourable tax laws and a “culture of giving.” Taxes I’ll deal with separately (see box out p11). It’s that “cultural” difference I’d like to discuss.

Americans, I can assure you, are not a notably open-handed people. Our generosity is not a unique national characteristic. And arts and culture are way down the list of organisations to donate to (receiving less than churches, schools, health and public service organisations; the arts do squeak in ahead of international affairs organisations, though). So how do we manage? What really is different? I maintain that the cultural difference most important to the US arts funding model is one within arts organisations. It’s a culture of asking.

Non-profit organisations in the USA spend a lot of time and effort on asking people for donations. What people? Everyone we can find to ask. We ask, ask again, and upon receiving we say “thank you” and ask again. The core supporters of the arts in the USA are the people involved in and affected by the organisations they attend.

The only way to fundraise effectively at the individual level is to matter to people. People rarely give to ‘the arts’. They give to specific arts organisations that do work that matters to them.

Ready for some good news? In 2009, Arts & Business surveyed arts organisations outside London to learn about their donors who gave in modest amounts.4 The results (which I had not seen until I started writing this article) mirror every study I have seen regarding donor motivation and habits in the USA. People give money to organisations they believe in, value, and attend. Ninety percent of the donors in the Arts & Business survey attended the organisation to which they donated three or more times in the preceding two years. The top motivators for giving were preservation and development of the art form, a personal connection to the organisation, civic responsibility, personal appreciation of the experience and being asked directly. (Please note that two of those start with the word “personal.”)

Your potential donors are everyone whose life you touch, every patron who buys a ticket to see what you do, every parent whose children benefit from it, every person who cares about your city’s reputation as a good place to live or work, every business whose roots are deep in your community. They need to be made to believe that you are vital, and that you matter enough to support.

Fundraising at this level is fundamentally an exercise in marketing. Your product is your organisation. Your message needs to draw the connection between you and your patrons and your city. Ask yourself a few questions about your arts organisations.

Do your patrons know you need them? We often don’t publicise our revenue sources, and that leaves us vulnerable. It may simply not occur to our supporters that we need them. Of the barriers to giving cited by organisations in the Local Pride study, number three was “donors unaware of need for support.”

Do you give them reasons to give? Charitable giving often isn’t purely altruistic. People are quicker to give when they get something out of it. Friends’ schemes, donor benefits and loyalty programmes are all ways of making sure that people who give more get more. Rewarding donors with access, insight or priority powerfully motivates giving.

If the transactional nature of the resulting relationship bothers you, try thinking about it this way; people give from a personal connection to organisations, and these are ways to connect with them. Donor-only lectures, priority ticket buying access, special service at the box office, parking passes, invitations to rehearsals, etc., when tied to donor status can all be reasons for people to give.

Do you really create strong personal connections with them? Organisations are like people; they have personalities. Is yours warm, welcoming, inclusive and supportive? (No, not yours personally, your organisation’s!) For best results, take a good look at yourselves from the perspective of a new patron. What do you do that gives them the impression that they are valued? How closely included are they? It strongly influences their willingness to come back and to give.

Do you say ‘please’ and ‘thank you’? Real effort in this area is blazingly obvious when done right and equally notable when absent. Genuine recognition is the best way to make a donor feel valued. It takes time and attention to build a system that individually acknowledges each donor. It’s worth it.

Do you make it easy to give? This is an area where it’s easy to get in our own way. We should not just ask every patron to give: we need to make it easy add a gift at the box office or on their order form, to click a ‘give now’ button on our website, to respond to annual (or more frequent) mailed appeal letters, to make special gifts in support of specific programmes. Bashful requests, hidden web pages and infrequent requests are terrible ways to connect with people.

I worked for US non-profits for 22 years. I’ve seen or managed individual giving and/or membership programmes for organisations across the country. The best ones aren’t at the biggest organisations or in the biggest cities. They’re at the organisations that make the most authentic connection with their patrons. Organisations that are a vital and irreplaceable part of their landscape have a compelling message and are best placed to motivate donors. And small organisations in remote areas may very well be the best connected to their supporters, making them the most likely recipients of contributions.

Simply put, many arts organisations in the UK face a sudden and unwelcome change in their business model. A robust programme of soliciting and rewarding donors is an investment in your organisation’s future. Happily, you needn’t reinvent the wheel; there are existing examples and people with expertise to help. Your best chance at thriving in the current environment may be in fostering a local culture of giving to you.

The truth about taxes

You may want to consider the following carefully before asking the government to amend the UK tax system to favour charitable giving. This is what can result:

The US federal tax system treats charitable donations this way:

When filing taxes, the filer figures out his or her “taxable income” by adding all sources of income and subtracting “deductions”; what’s left is the amount on which tax is levied.

Deductions are figured out one of two ways: standard or itemised.

Only a taxpayer whose total COMBINED expenses in all favoured categories are greater than $5,700 will find it worthwhile to itemise. Any specific tax benefit for charitable contributions is therefore only available for taxpayers who itemise deductions – about one-third of all filers. Those who take a standard deduction receive no tax benefit for their contribution, since they get that amount whether or not they have expenses in deductible categories.

Let’s say I have income of $100,000. Without adjustments, I would owe $21,709 in federal tax. If I have deductible expenses in favored categories greater than $5,700, each additional donation lowers my taxable income by that amount. Giving $200 thus lowers my taxable income by $200, shaving $56 off the final bill. The higher your income, the higher your tax rate, so wealthier donors get a few percent better deal on their gifts.

But then, the alternative minimum tax (AMT) may be imposed. This is another either/or in the US tax system. It is an alternative tax (consisting of a flat tax at a different rate on unadjusted income). The filer figures income and taxes due for each system and must pay the higher resulting tax figure. It was invented specifically to eliminate large tax deductions for high earners. Because of the effects of inflation since the tax’s introduction in 1969, many taxpayers who do not have high incomes or participate in any special tax shelter activities now have to pay AMT, removing the benefit of charitable deductions altogether.

Kara Larson is Founder and Principal of Arts Knowledge llc, a marketing consulting firm specialising in the arts. She worked in non-profit administration for over 20 years, and has held senior staff positions in marketing and communications with arts organisations across the USA, including Carolina Performing Arts, San Francisco Opera and the Glimmerglass Festival.

1 Giving USA 2009 (a report compiled by the American Association of Fundraising Counsel)
2 2010 Study of High Net Worth Philanthropy, published by the Center on Philanthropy at Indiana University
3 American Express Charitable Gift Survey, 2007
4 Local Pride: Individual Giving to the Arts in England, Arts & Business 2009

A culture of asking
When selling out is bad news