Bridging the communication and research & development divide between cultural organisations and the technology sectors is becoming an imperative, says Hannah Rudman. She gives her take on the impact that mass innovation and mass creativity, enabled by technology, are having on the sector. 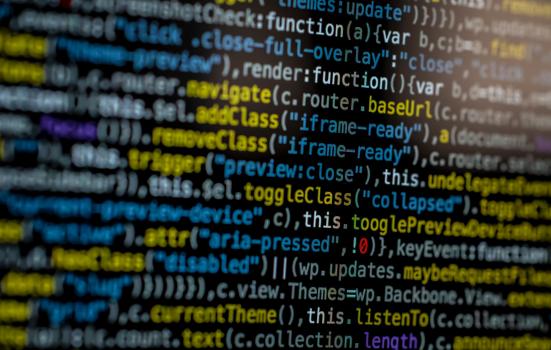 Mass innovation has emerged as a trend, because technological devices bring professional-level, creative production facilities into peoples everyday lives. As well as having the tools to participate, people now have the tools to create publications, films, music, photography, and graphics to a near professional standard. Alongside this, opportunities for creative collaboration are expanding, thanks to the communications technologies that give voice to more and more people and make it easier for them to connect. Thinker Charles Leadbeater identifies mass creativity as an emerging trend:

“…the power of mass creativity is about what the rise of the likes of Wikipedia and Youtube, Linux and Craigslist means for the way we organise ourselves, not just in digital businesses but in schools and hospitals, cities and mainstream corporations. My argument is that these new forms of mass, creative collaboration announce the arrival of a society in which participation will be the key organising idea rather than consumption and work. People want to be players not just spectators, part of the action, not on the sidelines.”(1)

The first port of call for those looking for their fill of opportunities to be part of the action is the cultural providers. People want to channel their digitally empowered creativity and are looking for participative opportunities with our creative experiences. In the main, they do not find them. It is a challenge for those of us working in the arts to think about how we can interact with mass innovation and creativity. However, with social media, our capacity to create rich and appropriate content is given an easily publishable platform as is our capacity to debate issues: we can see our voices becoming effective through blogs, citizen journalism, online voting, etc. The TV channel Five pays for citizen journalism, and the BBC seeks out user-generated content (UGC). They are co-producing their core offering with their audiences.

The BBCs Creative Archive Licence framework encourages audiences to participate as artists in a two-way production with the content originator (the BBC). RipMixBurnShare is a culture that will become a norm of cultural production and distribution. Rather than resist, the BBC have led the experiment, enabling members of the public to mash-up digitised BBC content repurposing it into any creation desired with the only caveats being that the original content should be acknowledged and that the new content should not be sold for commercial gain.

Within the cultural sector, the move towards co-production has come from the creative shifts of artists, not shifts in the mission/purpose of arts organisations. Think of Anthony Gormleys Waste Man, made up of Margate peoples rubbish and co-produced with them after Gormley put an advert in the local press. The project then received further press interest as it engaged the publics imagination; they were participants and players in its construction and fiery destruction.

Young people are very comfortable with sharing, publishing and self-broadcasting material. They do not have the same reverent attitude to intellectual property as their elders, nor do they expect culture to be delivered in a finished form. Young people expect the cultural sector to make available creative content and services and they expect it from all artforms. Being digital natives, they dont understand or accept the rules of a scarcity economy (in which artistic content and the means to get it were controlled by a small number of producers). It is because young people are making their own art, music, and movies that they appreciate what goes into making art/film. Product leads to process. Within the last decade, Hollywood has recognised this and has continued feeding our fascination, with an ever increasing number of The making of& additional content chapters on movie DVDs.

The idea of co-producing art with audiences strikes fear into the hearts of most arts organisations the emergence of an increased customer expectation of co-production is a great challenge to them. Nervous reactions I have personally heard are artistic direction and aesthetic will be diluted, or my professional opinion of what has talent/quality/ importance will no longer matter. We are used to our organisations spending time and resources pushing out our programmes to audiences who will consume them. We are used to shaping the landscape.

Another emerging trend is that audiences trust each others recommendations and want to share each others opinions and creations more than those provided by the voice of the establishment. Amazon.com pioneered consumer reviews, but Flickr and YouTube are democratically curating the images crafted by millions of us for viewing by millions more. The market decides what comes to the fore, what rises to the top, what is considered good. Arctic Monkeys or Sandi Thom might well have made it anyway (spotted in the traditional way, signed by the establishment). But the new digital media channels allowed them to sell chart-topping albums quickly, have control of their fanbase, and make the money from the distribution of their work. The conventional gatekeeper role is no longer essential to artists or to audiences. Artists are successfully self-producing, self-marketing and building networks of audiences and supporters via online mechanisms, without the seal of approval from the establishment.

The 21st Century trends of mass innovation and mass creativity, enabled by technology, have gifted us with a general public that likes participating (on their terms). This has vast implications for the cultural sector, used, as we are, to being the gatekeepers of artistic quality, aesthetic and content. In a landscape we no longer fastidiously control, our role will surely metamorphose into being value brokers, as supporters of talent and new types of creative processes. As we move from an age of consumption to an age of creation, our sector must think less about control and more about enabling. How we influence this new landscape will be defined with, not by, us.

Hannah Rudman is a freelance IT and digital content consultant. t: 07971 282261; e: hannah@hannahrudman.com;

The Mission, Models, Money (MMM) programme has identified seven principal issues, believing that deeper interrogation of these will help arts and cultural organisations develop their financial and organisational sustainability. The first of these asks How can we, as a sector, better engage with the changing demographic, technological and social environment?

Since many arts and cultural organisations are small scale, undercapitalised and with insufficient resources to develop and implement an effective technology strategy, they are unable to meet the high costs of gaining access to new delivery platforms to innovate and develop new services. They are also generally poorly informed of changes in technology, which are happening at an increasingly rapid pace, thus making it difficult for them to respond quickly and effectively to the changes in market conditions and new business opportunities brought by these changes.