The number of visits to UK museums fell last year, while Asian museums increased attendance by 11%. 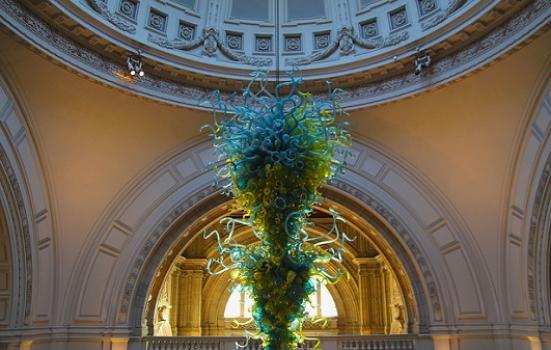 The V&A Museum, where visitor numbers bucked the trend and increased by 800,000
Photo:

Falling visitor numbers saw UK museums slip down the list of the top 20 most-visited museums in the world last year, according to a new report.

Visits to the five UK sites featured in the list – all of which are located in London – dropped by a collective 1.15 million in 2017. This was despite a bumper year for the V&A, which saw an expansion and three major exhibitions increase visits by almost 800,000.

The Louvre has re-established itself as the world’s most visited museum, increasing visits by 9.5% after a turbulent 2016 marked by terror attacks in France.

Discussing the visitor decline at London museums, the report reads: “In the wake of the Brexit vote, consumer confidence decreased across the UK and is a likely culprit.

“That said, international tourism to London grew at an estimated 7% according to Visit Britain, and expansions and blockbuster exhibitions are still the likeliest drivers of museum attendance ups and downs.”

The research, comparing museum and theme park visitor numbers across the globe, is conducted by the Themed Entertainment Association and the Economics practice at AECOM.

It notes attendance across the top 20 museums remained flat, up just 0.2% to 108 million visits.

There were geographic differences, however: while visits fell across the five London museums by 4.4% there was an 11% surge at Asian museums. The report suggests this was fuelled by “an emerging middle class with rising levels of education, cultural awareness and disposable income,” and “exposure to global cultural trends through online and social media”.

Among the UK museums, the British Museum, previously 6th on the list, fell to 8th place. The National Gallery also fell from 8th to 11th, and the Natural History Museum slipped from 13th to 14th place.

Discussing the changes, the report notes the attendance drop at the Tate Modern “was to be expected” given the record year in 2016 after its vast expansion. Between 2015 and 2016, visits to the gallery increased by over 900,000, or by nearly 25%.

Similarly, the report attributes a 16.5% drop in visits to the National Gallery to difficulties replicating the successes of its 2016 exhibition ‘Vogue 100: A Century of Style’, which was its most popular ever.