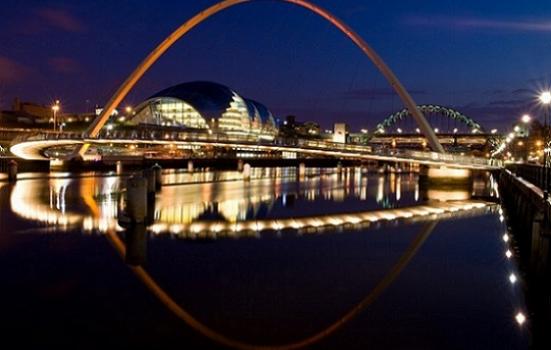 The way success for small creative businesses is usually measured is outdated and does not reflect common professional ambitions, a new report claims.

Assessing a three-year project to support innovation and growth among ‘microbusinesses’ in the North East, it says that the ability to procure services, become stable, increase staff wellbeing and develop “creative confidence” are more important and more reflective of common staff aims.

The learning comes alongside the release of DCMS data finding that the creative industries grew nationally by 53.1% between 2010 and 2017, meaning that the UK has one of the three most valuable creative sectors in the world.

“For many businesses, aligning their personal values with business ambitions was more important than mere growth,” the report reads.

The conclusions emerge out of a report by Creative Fuse, a three-year project funded by the Arts and Humanities Research Council (AHRC) to explore the “fusion” between creativity, culture, and digital technology in the North East of England.

Led by Newcastle University in partnership with Durham, Northumbria, Sunderland and Teeside universities, the project used a total of £500k funding from sources including the Arts and Humanities Research Council, Arts Council England and European sources to provide business support and help develop academic partnerships for more than 275 firms across the region.

Researchers also conducted a mapping exercise of the sector, finding just over two-thirds of creative businesses in the region consider themselves “fused”, regularly using ideas from across the design and technology spectrum. 90% of creative businesses were found to have less than ten members of staff – and around half had just one.

The mapping also revealed a perception that proximity to London is good for business: 51% and 54% of creative businesses and freelancers respectively in the region considered their distance away from the capital to be a disadvantage to their work.

One funded project, Intogral Ltd, aimed to assess whether deep learning and artificial intelligence could be applied to the classification of cultural and fine art artefacts in museum collections. The project now intends to apply for further Government funding for projects in the North East and across Europe.

Similarly, a collaboration between Sage Gateshead, two universities, and arts organisations Theatre Hullabaloo and Festival of Thrift brought together businesses and creative organisations to improve the quality of tenders put out for creative and cultural services.

The report also includes reflections on the barriers to delivering business support and encouraging collaboration between academics and creative businesses. It says these includes a lack of balance – in that one partner entirely leads activity – or a reliance on committed individuals who move on once projects draw to a close, threatening the long-term sustainability of any emerging collaborations.

The authors describe Creative Fuse North East as a “slow burn”, expressing desire for learning to continue in further funded activity.
Creative Fuse’s principal project investigator Eric Cross praised the learning process. “At its core it has been a highly successful collaboration between the North East’s five universities – something that we intend to continue into the future,” he said.

“Many firms had never worked with academics before and some have described the effect on their business as ‘transformative’.”