National Gallery could face payout to educators after tribunal ruling

The case, expected to be the first of many such legal challenges to public sector bodies, has been described as a ‘wake-up call’. 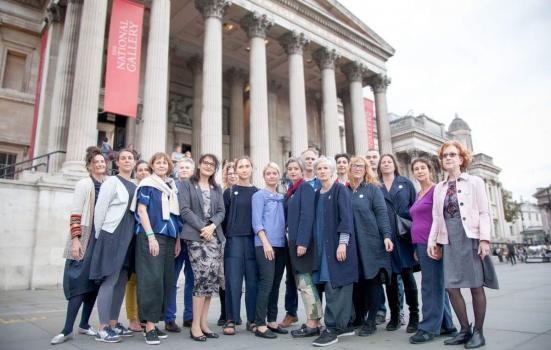 Members of the NG27 in front of the National Gallery

London’s National Gallery may have to pay out back-dated benefits to 27 educators who worked there, after a tribunal judge dismissed the venue’s insistence that the group were self-employed.

An employment tribunal ruled that the art educators, who worked at the gallery for a collective total of 500 years, had the status of ‘workers’, a status with the right to holiday, sick pay, pension and maternity pay – benefits that were not granted by the gallery.

The venue may now have to pay the group, known as the NG27, some benefits for their past years of service. But this will require further negotiation, and potentially another tribunal if an agreement cannot be reached.

A spokesperson for the NG27 said: “It’s been determined that we were workers going back 20-plus years. It doesn’t automatically follow that we then receive the rights and the benefits that we are entitled to as workers.”

“At the very least there has to be some negotiation, and it may require further court time”.

The NG27 worked in the gallery for periods of up to around 40 years.

The National Gallery said it “welcomes the clarity provided by this decision” and “is considering the detailed implications of the decision with its legal advisers.”

The group were among 44 educators told in October last year that their existing roles would be cancelled, and they would be invited to apply for 24 new contracts. 14 of these were permanent and described by the group as offering “greatly reduced salary and terms”. Of the 22 members of the NG27 who applied for new roles at the gallery, only eight were offered permanent contracts.

The gallery had previously insisted that the group had worked at the venue on a self-employed basis, despite being on its payroll and taxed at source.

But these arguments were dismissed by the tribunal judge, who said “it is unreal to describe the dealings between the parties as transactions in which the gallery stood as the “client or customer of any business undertaking” carried on by any of the lead claimants”.

The NG27 said: “This is not the end of the matter for the claimants who will need to continue to fight their case to ensure that their full rights are acknowledged as a result of this judgment.”

One member of the group, Karly Allen, who worked for the National Gallery for 18 years, said: “This judgement cannot take away the fact that we have lost our jobs and the close relationship with the gallery which we loved; it does go some way to acknowledge the losses we have suffered and our contribution to the life of the gallery. We have been supported throughout this part of our litigation by crowdfunding and we would like to thank from the bottom of our hearts all those who have contributed”.

The group raised more than £77,000 towards their legal costs through a crowdfunding campaign.

The tribunal decision is likely to have implications for other cultural organisations and the wider public sector.

Marie van der Zyl, a partner at Ince Gordon Dadds LLP, who represented the NG27 in the tribunal, said: “This is an important case for all those who have unconventional working arrangements. The world of work is changing and there will be many individuals who are unsure of their status and rights. This case gives those individuals hope.”

Adam Ohringer, an employment barrister at Cloisters, said: "We have become accustomed to private employers denying workers their legal rights. This is a wake-up call to the public sector and, I am sure, the first of many cases in which public bodies will be challenged over the misclassification of their staff and the circumvention of employment rights.”

Prior to the tribunal, the Labour Party’s acting Shadow Minister for Labour, Justin Madders, suggested that if his party was in government it would push bodies who grant public money to the arts to make their funding conditional on ethical employment practices.

The tribunal also ruled on a broader question of law, deciding that workers do not have the right to collective consultation from their employer before a contract is terminated, in the same way that permanent employees do.

The National Gallery said: “It is important to state that this case should not be likened to the ‘gig economy’ debate that has been in the news recently, with legal cases brought against Hermes, Uber and Deliveroo. In fact, the National Gallery situation is exactly the opposite. The ‘gig economy’ cases have arisen out of organisations’ opting to offer people ad hoc employment, zero hours contracts and no opportunity for job security. We have taken a deliberate choice to move towards a model that offers people secure employment, with additional pension and worker benefits.”