London’s major institutions dominate the list of those who met with and entertained England’s Culture Secretary and Culture Minister in 2013. 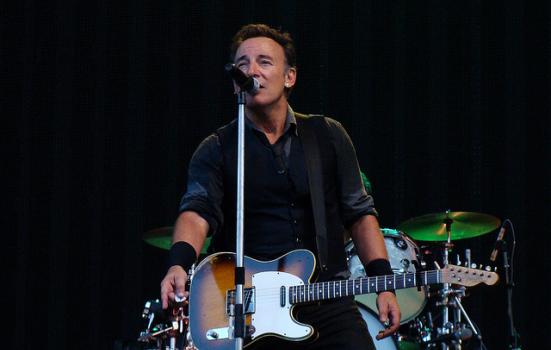 The exposure of DCMS ministers to England’s arts organisations and artistic activity has largely revolved around London’s most prestigious cultural institutions and major arts organisations, according to ‘transparency data’ on DCMS Meetings and Hospitality for January to December 2013, the final quarter of which was published by the Government earlier this month.

Ed Vaizey MP, Minister for Culture, Communications and Creative Industries, declared having accepted tickets to 26 cultural events. Of these, eight were to commercial West End theatres, including hit shows ‘The Book of Mormon’ and ‘The Curious Incident of the Dog in the Night-time’, four to the National Theatre, and a further nine to productions at other London organisations including the Bush Theatre, Tricycle Theatre and English National Ballet. Courtesy of Cameron Mackintosh Ltd he had tickets for Bruce Springsteen, and tickets for The Who were arranged by telecoms supplier Telecity.

During the same period, then Culture Secretary Maria Miller accepted tickets for 16 events, including the Royal Opera House, the Old Vic, Complicite and The Globe, as well as for performances by Northern Ballet, the Britten Pears Foundation, the Hallé Orchestra and the filming of ‘Later with Jools Holland’. Through RLM Finsbury, who describe themselves as providing “expert counsel and support… on interactions with the media, financial markets, employees, customers, governments and regulators, and other vital stakeholders”, she accepted tickets to an un-named opera performance.

Involvement by arts organisations in Ministers’ meetings around arts policy and related issues also tended towards London. Miller held individual introductory meetings with nine London organisations, including the Royal Opera House, The Globe, The Old Vic and the major London galleries, but none from outside the capital. Furthermore, according to the official data, the majority of all arts representatives who met the Ministers during the year were based in the capital, and no arts organisations from the East Midlands or South East regions were involved in any meetings. Miller’s roundtable discussions on the arts did reach beyond London though, and included Aldeburgh Music, Baltic, Sage Gateshead, Liverpool Everyman and Playhouse, Manchester International Festival and Birmingham Royal Ballet. Separate meetings were held with groups of organisations in the North West and South West, the latter to focus specifically on the creative industries, growth and cultural education. Hepworth Wakefield, Northern Ballet and West Yorkshire Playhouse were involved in discussions on tourism, and representatives from Liverpool Biennial and the Royal Shakespeare Company joined those from nine London-based organisations to discuss women in the arts. When asked about its role in the selection of arts organisations to take part in discussions, Arts Council England said it had “made some suggestions” for invitees to some meetings, but “didn’t select or invite anyone directly – the events were organised by the DCMS themselves.”