DJ and writer Amy Lamé will take on the role in London, following similar appointments in Amsterdam and San Francisco. 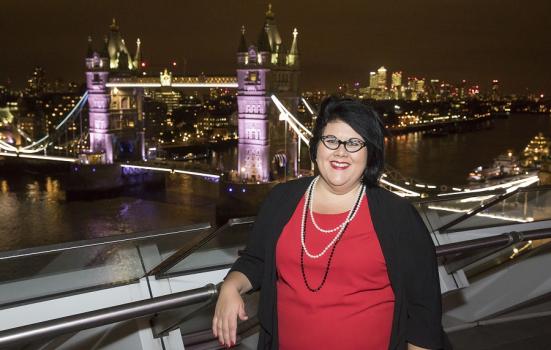 She will work closely with the Chair of the Night Time Commission – established to review the capital’s night-time economy – and seek ways to create a “safer, more responsible nightlife for the city’s residents”, and capitalise on the growth of London’s night time economy.

The announcement comes as the all-night tube service has started running on some underground lines, and follows similar appointments of ‘Night Mayors’ in Amsterdam and San Francisco.

According to a report by London First, in association with Ernst and Young, the night-time economy currently contributes £26.3bn to London’s annual GDP, which is expected to rise to £28.3bn by 2029.

Caroline Artis, Senior London Partner at Ernst & Young, believes the 24-hour economy could provide nearly 800,000 jobs by the start of 2030. “The Night Czar will be able to manage and mediate between the various competing interests to ensure that business continues to thrive in London and further increase London’s position as the most attractive global city to work and do business,” she said.

Lamé takes up the role after Islington borough council shut down renowned nightclub Fabric, in stark contrast with Berlin's decision to reclassify techno club Berghain as a place of cultural significance. Her first initiative is to be a series of ‘Night Surgeries’, in which she will speak to businesses, residents and night-time workers around the capital to gather their views on the night-time economy.

Speaking about her appointment, she said: “I can’t wait to hit the streets and have loads of ideas of what I can do for revellers, night-time workers, businesses and stakeholders. For too long, the capital’s night-time industry has been under pressure – music venues and nightclubs in particular are closing at an alarming rate.

“With the advent of the Night Tube, and the Mayor’s commitment to protect iconic venues across the city, I’m confident that I can inspire a positive change in the way people think about the night time economy. I look forward to bringing together local authorities, the police, Transport for London and many other people from across the night time industries to transform London into a truly 24-hour city.”

The Mayor of London, Sadiq Khan, added: “I’m absolutely delighted to announce the appointment of London’s first-ever Night Czar. The recent closure of the world-famous nightclub Fabric and the threats facing other venues across the capital show why Amy will be a much-needed ambassador for the city after dark.

“She is in an ideal position to work together with venues, authorities, developers and revellers enjoying a night out to solve difficult issues and get new and creative projects going.”

The Night Time Commission, scheduled to end in Autumn, is to continue operating.