Live cinema a gateway to the arts, report claims

New industry-wide research finds the majority of live cinema audiences are regular cultural attenders, but a significant proportion are inspired to try wider arts events for the first time. 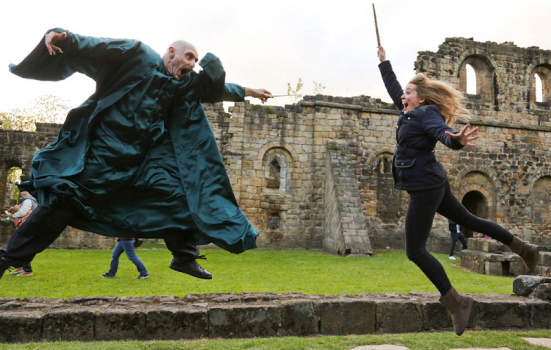 Live cinema events are accessible and act as a gateway to arts performances with less populist appeal, such as dance and classical music, a new report has claimed.

It also finds the events serve as a niche area of employment for musicians, technical staff and other creatives in parts of the sector that are “notoriously difficult” to break into.

The Live Cinema in the UK Report 2016 defines live cinema as films augmented with additional activity, including soundtracks played live by musicians, site-specific screenings, and interactive singalongs. This is distinct from event cinema - such as live and recorded screenings of theatre and opera - though the two have a comparable economic impact. In 2014, Secret Cinema’s live cinema production of Back to the Future grossed £3.5m, while the National Theatre’s event cinema screenings of War Horse grossed £2.9m.

The research, funded by Arts Council England, was a collaboration between King’s College London and the University of Brighton and involved both targeted surveys and in-person consultations with artists, exhibitors, producers and content holders. It builds on the work of academics Sarah Atkinson and Helen Kennedy, aiming to establish the “known unknowns” about the sector and provide recommendations for further study in light of “no previous industry research” specific to live cinema.

61% of the live cinema audiences questioned attend theatre and the majority are described as ‘regular cultural attenders’. Only 36% of respondents had never been to a dance or classical event.

But the report found that 27% of live cinema attenders were subsequently inspired to visit dance events, 31% were inspired to attend classical events, and 46% intended to see more immersive theatre.

The research also found that over half of the live cinema productions featured a live soundtrack. Musicians specialising in this field play between 50 and 100 shows per year, and freelance producers in live cinema work on more of these events each year than they do in ‘traditional’ producer roles.

The release of the report coincides with the creation of a Live Cinema Network, a group which seeks to share and implement research findings, and establish training and development opportunities for the sector.

The framework would be separate from the Event Cinema Association (ECA), but will include the ECA and NT Live on its steering group – despite both organisations resisting calls for a national screening strategy.

Lisa Brook, Director of Live Cinema UK said: “Live cinema events generate new cultural audiences, encouraging them to step away from Video On Demand and back into the cinema; new funding opportunities; employment for creatives and technical teams; and present a wealth of opportunities for distributors and rights holders to promote their titles in new and innovative ways.

“I look forward to establishing the Live Cinema Network nationally with King’s College London to continue to grow this exciting and vital sector for the UK film industry.”