A proposed extension to the Freedom of Information Act would see leisure trusts, which increasingly run arts services, returned to “direct public scrutiny”. 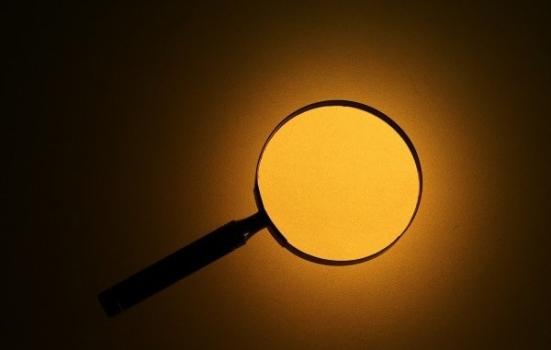 The Information Commissioner (ICO) has challenged parliament to take “urgent action” to close a loophole in transparency laws that is allowing some local authority-funded arts services to be exempt from public requests about internal communications and financial activity.

The ICO says it is necessary to expand the remit of the Freedom of Information Act to cover a range of private companies and contractors to which it currently does not apply, such as social enterprises, charities, and self-regulatory bodies.

This would include leisure trusts, which increasingly deliver sports and arts facilities on behalf of the council – sometimes using council money.

The proposals, made in an ICO report to Parliament, have been prompted by the difficulties of accessing information on social housing in the wake of the Grenfell fire tragedy from local authorities in Kensington and Chelsea, which had outsourced management to a housing association.

Current FOI rules provide access to “any recorded information” held by public authorities in England, Wales and Northern Ireland, but not all charities that receive grants and not all private sector organisations performing public functions.

The ICO says the legal form of a company is one type of organisation used to deliver services that can lead to important information being “beyond the direct reach of the law”.

It gives the example of Warrington Borough Council, which has set up a charitable trust (Culture Warrington) and a Community Interest Company (LiveWire) to deliver its arts, library and leisure centres. Although LiveWire is contracted by the council, and does not have shareholders, capital or assets, it is exempt from current legislation because council members make up just 20% of total votes.

“One unintended consequence of innovation in public service delivery is that some models have been removed from direct public scrutiny,” the report comments. “The implications for accessing information are significant, so there should be a commensurate level of consideration given to ensuring that access to information rights are not lost when new bodies are created, whatever their model, legal form or status.”

The report says that as the arts and leisure sector is “service-dominated”, it’s likely to be of great priority to the ICO. It also suggests that many of the tenders for activities of over £100k set out on Government website Contracts Finder – frequently used by Arts Council England – are “likely” to be for providing public services and would therefore be covered by the expanded FOI rules.

The most recent data from the LeisureDB finds 44% of public leisure services are run by trusts. Cate Atwater, Chief Executive of advocacy body Community Leisure UK, added that around a quarter of her organisation’s trust membership across England and Wales run arts and culture services.

Atwater said that given the increasing cost of social care and stagnating council budgets, the number of such trusts across the country is likely to increase. “When an organisation is in a charitable model it has the ability to cross-subsidise,” she told AP. “They benefit from having ring-fenced funding, rather than sharing their funding with other services.

“Such organisations can apply for social investment funding, grant funding, and in a trust setting have the agility to make decisions effectively and quickly.”

She added a belief that trusts, some of which are already subject to FOI laws, would welcome proposed changes to the law. “Trusts are transparent by their very nature so they would be supportive and involved with FOI requests. The vast majority work closely with their local authority partner so would work towards any new transparency requirements.”

The ICO says there is an “urgent need for Parliament to debate these issues and consider the evidence for reform”.

The Commissioner says it would welcome a Parliamentary Inquiry from a Select Committee into the issues it raises, and has submitted its report to the Public Accounts Committee and the Public Administration and Public Affairs Committee.

But law firm Bates Wells Braithwaite (BWB), in a communique on the proposed changes, notes that the proposal for legislative reform comes at a time when parliament is “under pressure” and it “remains to be seen whether there is any political appetite in relation to this proposal”.