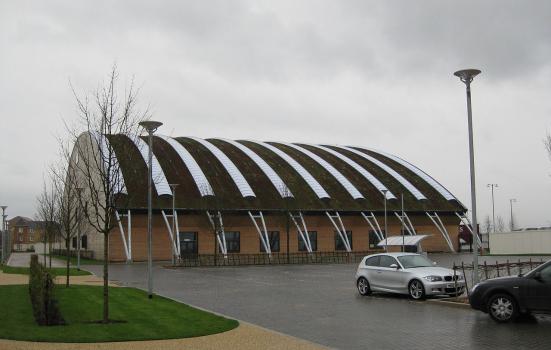 Arts Council England (ACE) is footing the bill for an Executive Director's eleventh-hour sabbatical, costing taxpayers up to £200k. Andrea Stark who was announced in October 2012 as leaving the organisation to join High House Production Park (HHPP), the flagship Thames Gateway regeneration project in Thurrock, Essex, has been allowed to join her new organisation as its Chief Executive while on a six-month sabbatical being paid for by ACE, ArtsProfessional has discovered. This contractual arrangement means that she will continue to be paid her six-figure salary by ACE until the end of June 2013, at which point ACE has confirmed she also becomes eligible for a redundancy pay-out which AP estimates is worth in excess of £100k. Had she been expected to resign from ACE in order to take up her new role at HHPP, she would have been ineligible for a severance package.

Stark’s appointment was announced by former Royal Opera House boss Tony Hall, who is Chair of HHPP and was instrumental in the Royal Opera House moving its production workshop there in 2010.  He described her as “perfect” for the role, and ACE Chief Executive Alan Davey described her as “ideally placed to take this important and unique complex of dedicated arts production and training space to the next level.” But neither of them mentioned that her appointment was on a six-month sabbatical.

Although AP was initially told she took up the role full-time in mid-December, a spokesperson for HHPP has since said she “used her un taken annual leave to commence part-time during the period October through to January 1st”, and that her sabbatical began on 1 January 2013. Approval for the sabbatical was granted by Davey under an Arts Council policy which requires those applying for it to justify their absence by explaining how it would benefit the aspirations of the Arts Council, and to give a detailed breakdown of its financial implications for ACE. A spokesperson told AP: “…she is effectively donating that period of paid time which could have solely been used for personal development to a project which benefits audiences and the arts sector in that locality and nationally. The work she is doing at High House Production Park helps fulfil some of the Arts Council strategic goals (1, 2, 3 and 5) as set out in our 10-year plan for the arts, Achieving great art for everyone.” ACE denies that the sabbatical had any financial implications for the organisation: “…no extra costs have been incurred by this arrangement. Therefore, there are no specific financial implications relating to Andrea’s sabbatical to be considered.” But a spokesperson for the Board of HHPP admitted to AP that at the time of her appointment, they knew “the sabbatical arrangement they agreed means that she is now eligible for a redundancy payment from the Arts Council that would not have been be payable if she had been appointed on a permanent contract at that time.” They made no comment, however, on why they felt a six-month sabbatical to be appropriate for this appointment.

Stark had been at ACE since November 1999, initially as Chief Executive of the former Eastern Arts Board and most recently as Executive Director for the East and South East, where she led a staff team of around 60. She has for many years been among the highest paid of ACE’s team of Executive Directors, and according to its most recent Annual Review she received a remuneration package worth £157k in 2011/12. Her severance pay could be an embarrassment to Tony Hall, who has just taken on the role as Director General of the BBC following a successful 11-year tenure at the Royal Opera House. His immediate predecessor at the BBC, George Entwistle, is the subject of a public outcry over his pay-off of £450k, which was described by Culture Secretary Maria Miller as “hard to justify”. The ensuing parliamentary row has sparked a National Audit Office investigation into severance pay at the BBC.